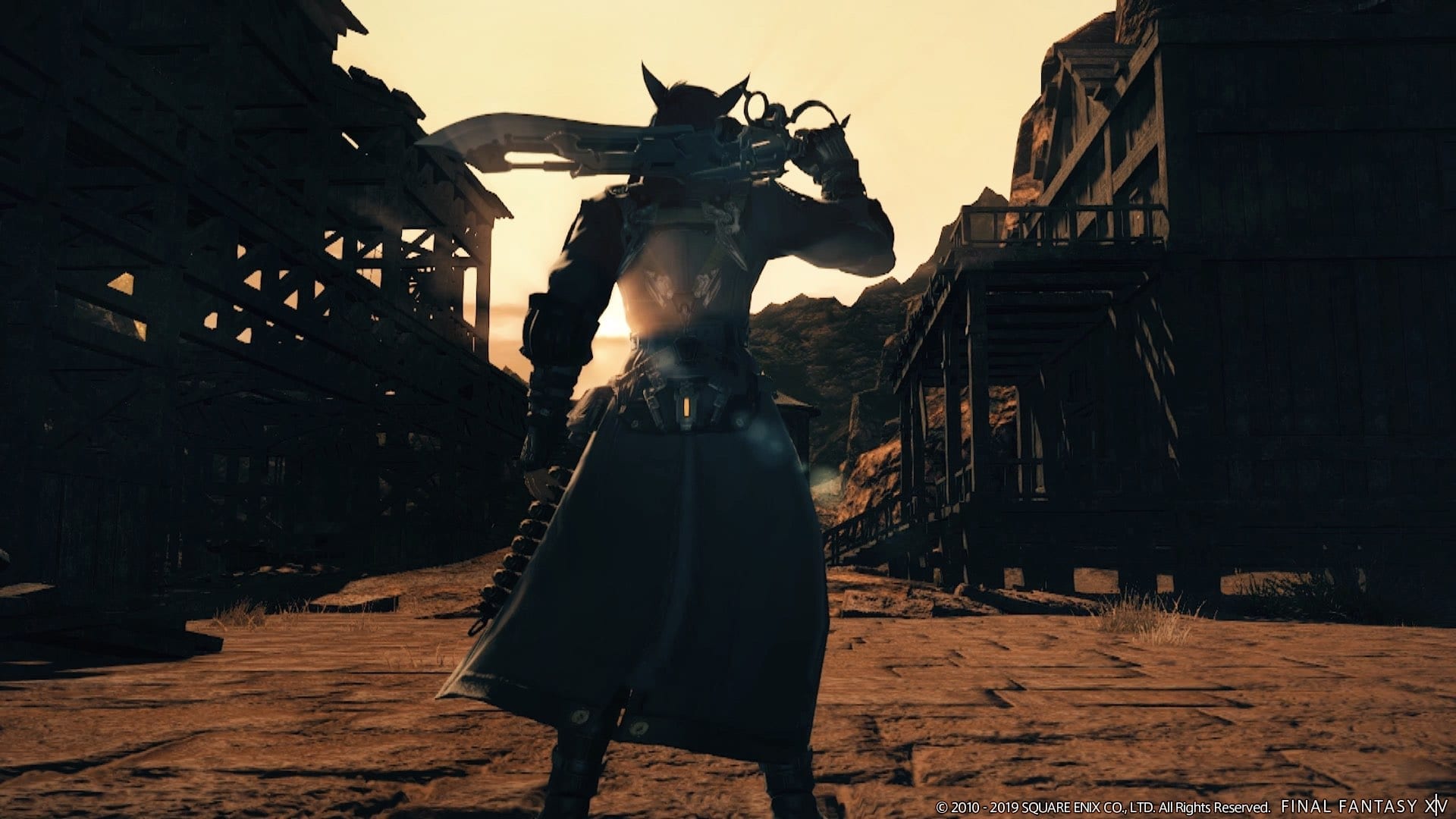 A huge amount of my gaming life was spent playing the game back in 2014. Yet, as is always the case, life, time and other games soon limited the moments I could spend in Eorzea. As 2014 came to an end I stopped playing, only briefly returning on free weekends.

Two expansions and nearly five years later and finally I felt ready to step back in. I’ve tried to keep up to date with the game despite my absence, but how easy would it be to return to Final Fantasy XIV? Then came the news that GameByte needed someone to cover the Final Fantasy XIV Fan Fest in Paris. It was a sign.

Armed with dated knowledge and an eager smile, ready to absorb the atmosphere of a game I dedicated a year of my life to, I stepped into the Grande Halle de La Villette in Paris. I was prepared to be overwhelmed and understand next to nothing.

The thing with Final Fantasy XIV though is that, in some ways, it’s a homage to the Final Fantasy franchise. One of the first announcements of the day was that the gunblade would be in the game thanks to the Gunbreaker class, one of my favourite weapons in the series. My decision to start getting back into XIV seemed justified off of this announcement alone… at least in my mind.

Gunblades are in Final Fantasy XIV and Yoshida looks excellent!

Shadowbringers expansion also has a release date and it’s soon!

July 2nd and early access will be announced later in the keynote.#FinalFantasyXIV #FinalFantasy #FFXIVFanFest2019 pic.twitter.com/QGAauWXvdw

This doesn’t mean that the team behind Final Fantasy XIV don’t know how to put on a show without relying on nostalgia though. The main trailer for the Shadowbringers expansion, which was announced at the fest to be out 2nd July, is put together in a way that inches the excitement out of the crowd present.

Even without the help of video the crowd go wild just seeing Naoki Yoshida, the producer/director that helped bring the game back from its disastrous launch in 2010 to A Realm Reborn in 2013. He kicked the Fan Fest off on the Saturday in full Gunbreaker attire and every time he appeared throughout the festival there was applause.

In fact the crowd warmly welcomed everyone that made an appearance from the team over the two day festival. At an event like this that shouldn’t be too much of a shock but it’s nice to see such a high level of respect from the community. 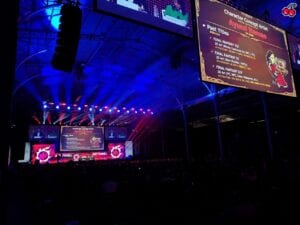 It’s clear that the people here are mainly the diehard fans. For €124.99 a ticket I guess that’s to be expected. Each stage event had plenty of people sitting down to watch, whether it’s a talk from one of the Final Fantasy XIV team or a cosplay contest. Away from the stage people are queuing to take part in the carnival like games that are on offer, or to play some special Final Fantasy XIV events set up for the festival.

The carnival games are fairly kitsch but fun regardless and winning at one gets you a stamp in your guide for the festival. Collect enough stamps and you can win a prize, helping to incentivise people to play them a bit more. Most of the queues are filled with friends, talking and joking with each other.

In fact, most of the festival seems filled with friends. I speak to some of them and find that in a lot of situations these are people that met whilst playing Final Fantasy XIV and are meeting at the fest to catch up in real life. Some of the people I speak to even got married after meeting in the game, which I find sweet. I got the chance to experience proposal at the festival whilst I was there. It was met with applause and lots of “awwing” and the proposer and his boyfriend (now fiancé) seemed overjoyed.

When speaking to festival goers around the event it was clear that people had travelled from all over to be here. I spoke about how positive the community seemed to be but was corrected slightly. They do stress that there’s hardcore parts of the community that can be pretty toxic. Upon pointing out that most games are like that though there seems to be an agreement that that’s true.

And that’s a wrap for #ffxivfanfest2019 in Paris! A great event with some really interesting reveals and some awesome #cosplays.

My belief of the positive nature of the community was backed up by my experiences playing the game again at the festival. Although I could tell there must’ve been a slight annoyance in having to carry a lapsed player, that didn’t stop my team helping to refresh my knowledge of the game. We ended up defeating the high level Yojimbo Battle and, as the cheer went up, I remembered why I loved playing this game.

Everyone works together. People obviously get frustrated when you get wiped out but most the time the person playing the role of healer/reviver knows that these things happen. They’ll revive you, they’ll cheer you on and others will help you do better.

On my second go, with a different team this time, I was less of a burden. I had shaken off most of that rust. This didn’t mean we walked the battle though, after all it’s meant to be a challenge. We were on our final attempt. One last push to try and make it happen. Could Yojimbo be defeated in the 15 minute limit? Could we keep our cool after getting wiped multiple times already?

The answer was yes. With seconds on the clock we hit those final blows to claim victory. It wasn’t just the team celebrating this time though, we had drawn a crowd of staff that were so happy to see us prevail. 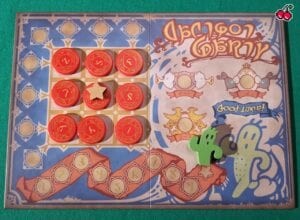 There always felt like there was something to do at the festival. A lot of the time might’ve just been standing in a queue waiting to do something, but I never felt bored. Absorbing the atmosphere and seeing friends meet up and exchange hugs and stories made me realise why these festivals were such a great thing for the community.

Each day ended with a concert playing music from the game. These were packed out with an audience that wanted to see the performances. A classical take capped off the Saturday, with plenty of showmanship and good humour on display, with the Final Fantasy XIV rock band The Primals playing on the Sunday with an equal amount of good humour and showmanship. We even got a cameo from Yoshida on vocals on the Sunday, much to the appreciation of the audience.

I left the festival cementing my decision to return to the land of Eorzea. This was a gaming community I would be happy to be a part of again. One that has fun playing the game and are keen to help others.

Most importantly though it’s a community that is clearly respected by the people that make Final Fantasy XIV. Hopefully Shadowbringers helps keep that community around for years to come… and hopefully I can shake off my in-game rust in time to be there at launch.

You can find out more about the announcements from the festival by clicking this text!