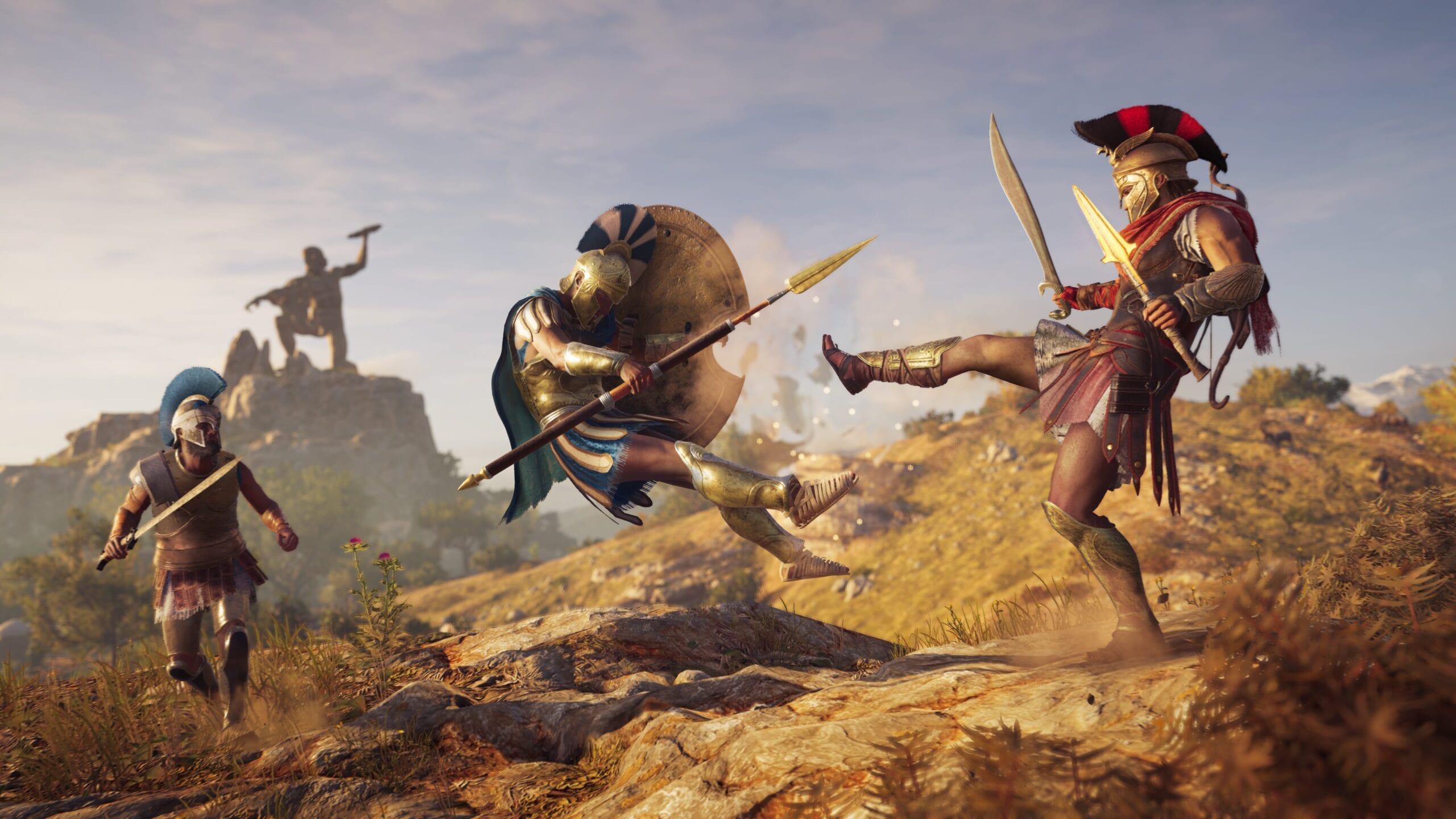 Assassin’s Creed Odyssey won’t be released for a few months, but in typical Ubisoft fashion, you can pre-order a number of different versions of the game, including no less than FIVE special edition versions.

Ranging in price from the costly to the get-on-the-phone-to-the-bank expensive, the five special editions give you a range of different goodies, depending on how much you’re willing to fork over.

First up is the Deluxe Edition ($79.99) which comes with a download code for the game, the ‘Herald of Dusk’ and the ‘Kronos’ gear packs, an XP boost and currency boost, plus a new ship and some naval gear.

If you’re looking for something more, the Gold Edition ($109.99) will get you access to the game three days before the rest of the public, the season pass for any upcoming DLC, a bonus mission and – of course – a steelbook.

Then there’s the Gold Digital Edition, which contains everything from the Gold Edition except the steelbook, which is a little odd considering it has the same list price of $109.99… 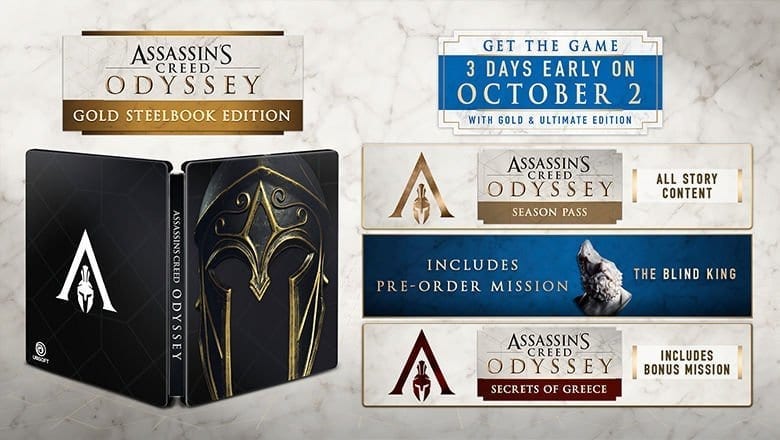 The Ultimate Digital Edition ($119.99) is one step up, and will get you everything mentioned in both the Deluxe and the Gold Editions of the game. 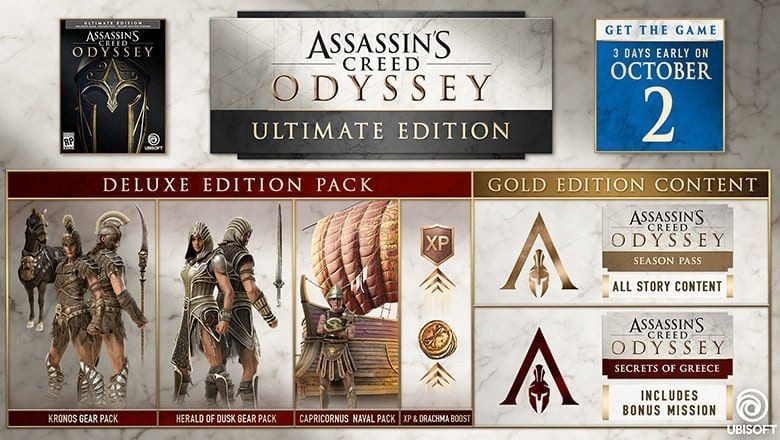 Next is the Spartan Edition ($159.99), which is where most of the physical extras can be found. Along with the same digital content as the Deluxe and Gold versions (which is the same as the Ultimate Digital Edition…confused yet?), you’ll also snag a steelbook, artbook, physical map, lithograph, soundtrack and a statue. 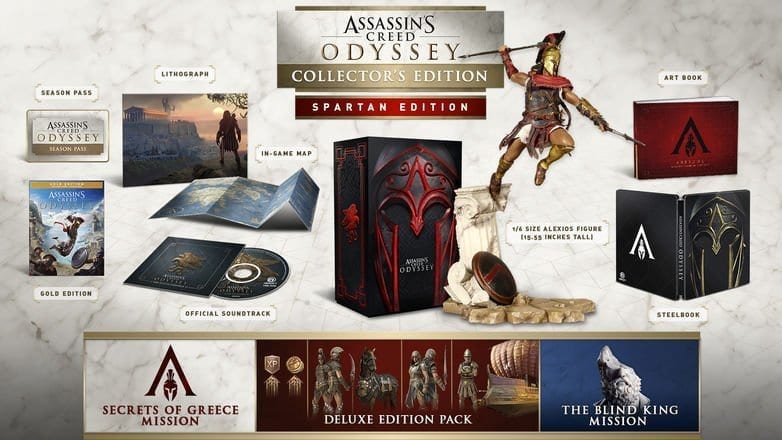 The nifty statue stands at 15.5 inches tall, and features the game’s protagonist Alexios in a battle-ready pose. 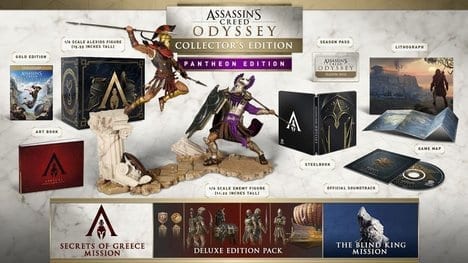 This version will get you everything featured in the Spartan Edition, except the statue isn’t just Alexios, but also an enemy that he’s attacking.

The game releases on 5th October this year.

Will you be picking up a special edition of Assassin’s Creed Odyssey?