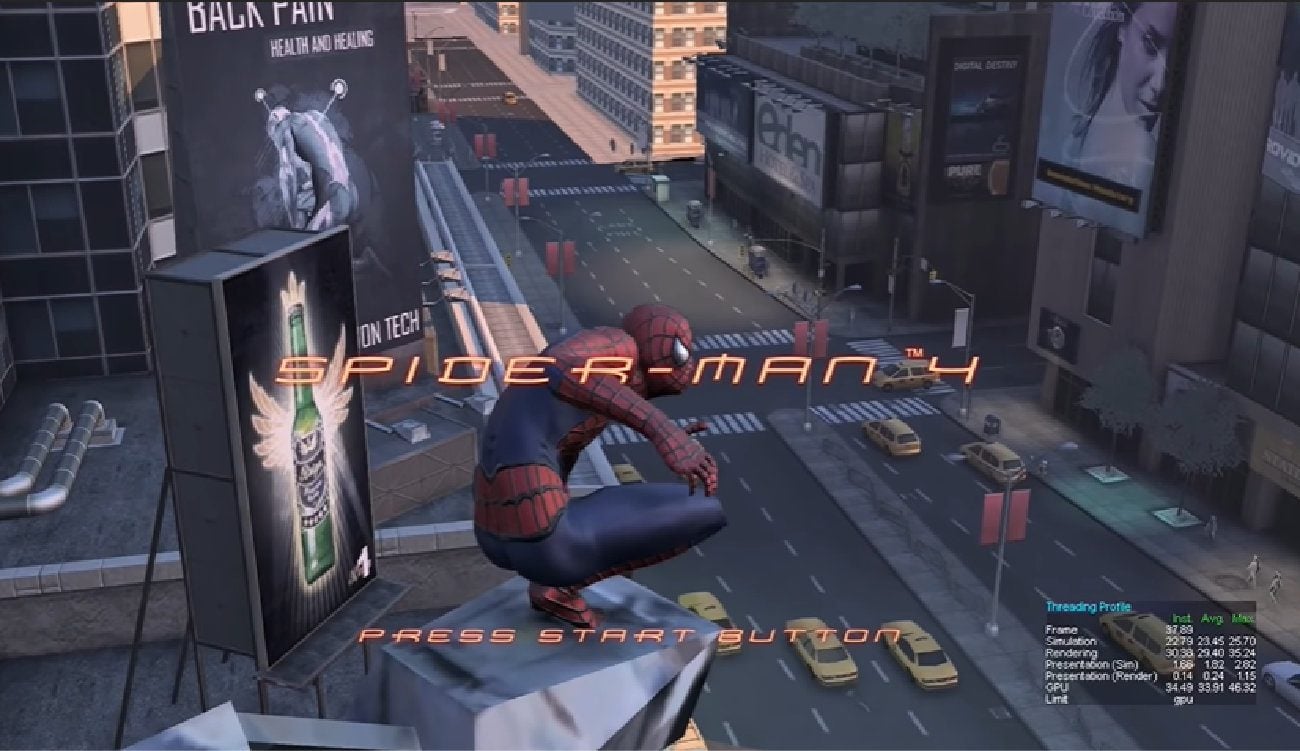 Footage of a cancelled Spider-Man 4 video game based upon a Sam Raimi movie that never existed has been unearthed after a decade of hiding away.

The gameplay footage was uploaded to the Obscure Gamers YouTube channel. This Spider-Man 4 video game was apparently set to launch alongside the cancelled movie directed by Raimi. According to the Spider-Man Fandom page, the movie was set to release May 6th, 2011.

Back in the day, movie tie-in video games were a common trend and for the most part, they weren’t great games.

However, in my opinion, one of the better movie tie-in video games was Spider-Man 2 (2004) for the movie which was also directed by Sam Raimi.

Footage of the cancelled Spider-Man 4 video game lasts for around 18-minutes and was clearly an unfinished product. Though it did feature web-slinging, a somewhat functional Manhattan and even a battle with a helicopter.

The cancelled Spider-Man 4 game would have released on PlayStation 3 and Xbox 360. Apparently, it would have also been developed by Radical Entertainment, the team behind The Simpsons: Road Rage as well as The Simpsons: Hit & Run.

While we may or may not ponder what could have been, we can take comfort in knowing that Insomniac Games released an amazing Spider-Man game in 2018 and a sequel has just been announced.

What are your thoughts on the cancelled Spider-Man 4 video game? Let us know across our social media channels.