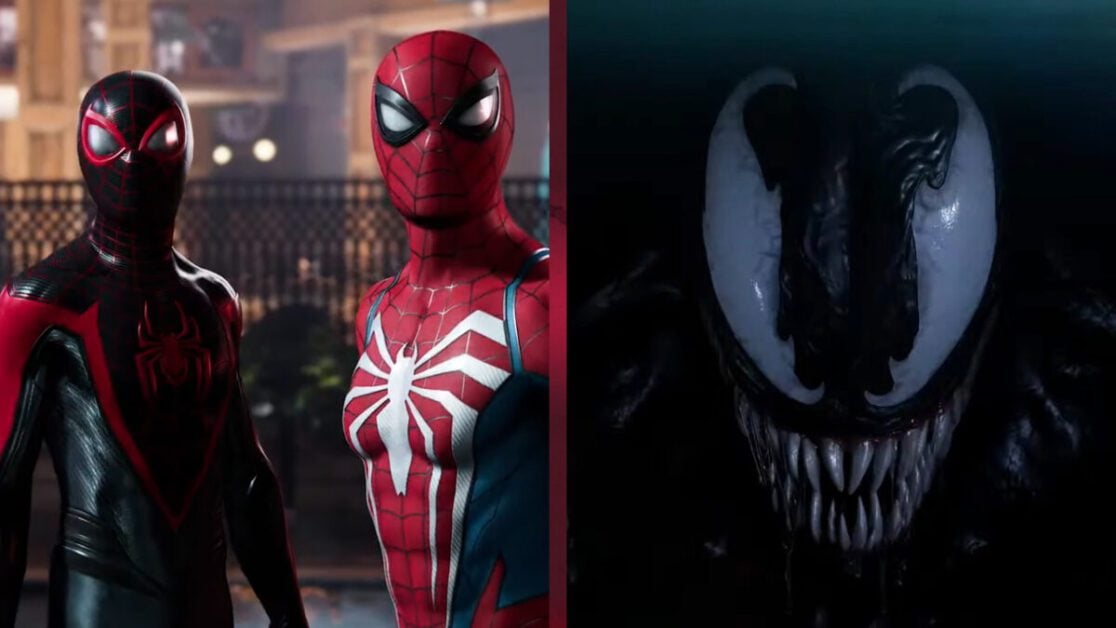 Spider-Man 2 is one of those things we all knew was coming. Like… why wouldn’t they make it? The first game was a hit. Miles Morales was a very worthy mini-sequel to kick off the PS5 with a bang. In our review of Miles Morales we said “Marvel’s Spider-Man: Miles Morales provides a reason to be excited for the future of the series. Miles is a lot of fun to play as and I hope we’ll see him playable again in the future.”

It turns out we were correct. Miles Morales is back in Spider-Man 2 and seems to be teaming up with Peter Parker. That’s great to see but it’s something at the end of the trailer that will no doubt get people excited.

Yep. That is very much Venom at the end of the trailer. One of Spider-Man’s most iconic villains (and sometimes ally). The original Spider-Man featured a lot of the villain gallery of Spider-Man so it’s great to see we’ll be diving into that even more in the sequel.

The game states that it’s releasing in 2023 and only mentions PS5. There is a chance that it could still appear on last-gen consoles (considering a lot of games so far that have promised to be a PS5 exclusive ended up on PS4). The trailer shows an upgrade in visuals even from Miles Morales and we can’t wait to see it take full advantage of the PS5.

The game is being developed by Insomniac again and it was also announced at the Showcase that they’re working on a Wolverine game. Are you excited for Marvel’s Spider-Man 2? Let us know over on our socials!

Do not forget you can find great games and more on the GameByte Shop! We’ve stocked our store with the latest games, merch, and accessories. We might even have a new-gen console or two! Sign up to our newsletter to be notified of our console drops, deals and more. Please note that the GameByte Shop is available for UK customers only.