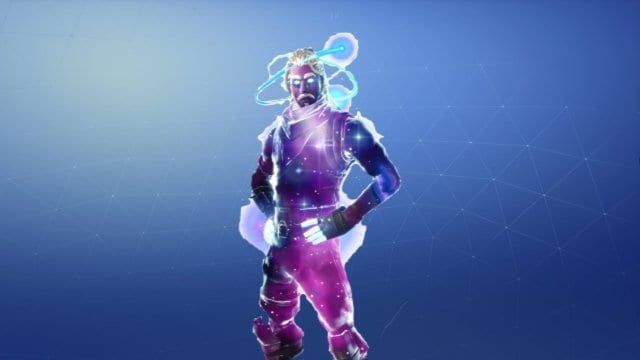 Fortnite dataminers recently uncovered a whole bunch of lovely-looking skins which are expected to come to the game following then next update. 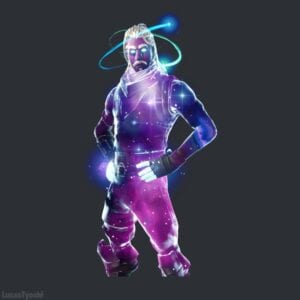 The new skins include a panda costume, a Durr Burger costume and an out-of-this-world Galaxy skin that was instantly a fan favourite as soon as images of the skin surfaced online.

Unlike the rest of the leaked skins, Galaxy isn’t available as part of the Item Shop meaning it can’t be purchased in-game, leading fans to speculate on how you get it. 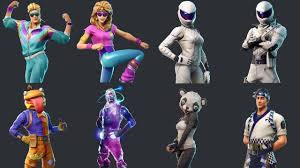 The new Samsung Galaxy Note 9 is due out soon, and it’s believed to come with exclusive access to the Android version of Fortnite, along with 15 thousand V-Bucks plus special items – which probably will include the Galaxy skin, seeing as they share the same moniker…

Unless you’re planning on picking up the new Samsung offering, you might be out of luck if you were after this sparkly purple skin.

There’s been lots of reports about the pairing of Samsung and Fortnite, but we’re yet to get an official announcement from either company on the potential partnership.

Who knows, it might not be true after all!

The Samsung Galaxy S9 is expected to release at the end of this month (August 2018) so if there is a partnership between Fortnite and Samsung we should be finding out about it sooner rather than later.

Android users have been patiently waiting for their version of Epic Games’ colossal success. Fortnite made its way onto mobiles in March of this year, but was only available for iOS users.

If the Samsung rumours are true, it’s expected to be a timed exclusive for the phone.