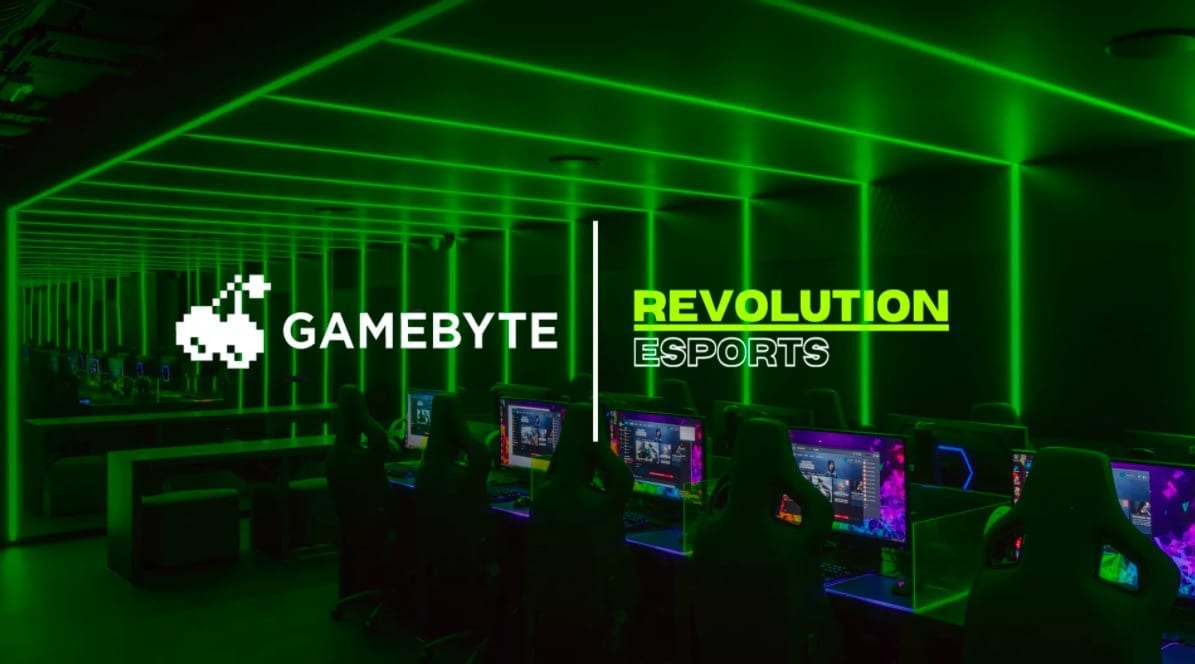 It’s exciting news for esports fans as GameByte has officially signed a three-year partnership with Revolution Esports as its exclusive social media partner! We’ll also become one of five UK Esports Hubs where Revolution talent can compete and train.

Revolution Esports produces major events and tournaments, and manages up and coming esports talent. The partnership will see GameByte’s involvement in the grassroots development of that talent across the UK.

Esports have become bigger than ever, with more and more people turning to competitive gaming. The role of social media channels has helped to push esports from a subset of sports culture to an industry in its own right, expected to generate $1194.8 million in 2021.

In addition to hosting and training talent, as part of the hub network, GameByte will be able to provide promising esports players with a platform to bolster their online presence through GameByte’s own mammoth digital channels.

At GameByte we have an audience of more than 6.5 million gamers across social, and we recently launched our own online store. We’re the first gaming publisher in the UK to tackle ecommerce.

Revolution Esports CEO and founder Adam Johnson said: “We have long known there is an abundance of untapped talent within esports and gaming, however, the identification and development of talent hasn’t been a fundamental part of the industry. This is where Social Chain and GameByte’s social and brand building expertise can change that equation.”

GameByte plans to cultivate future esports professionals’ growth by providing them access to equipment through the hub, building their personal brands on social, and providing access to commercial relationships and long-term partnerships through its own client base.

Social Chain’s head of gaming, Rich White, said: “Much like in traditional sports, grassroots development of talent is vital to the long-term success of esports.

“A huge part of this relies on access to high-end equipment which we will be providing through our hub in Manchester. GameByte will now be an instrumental part of cultivating esports talent within the UK thanks to our partnership with Revolution Esports.”

With the deal also comes the opportunity for GameByte and our parent company, Social Chain, to capitalise on the commercial opportunities presented by esports tournaments and events.

Social Chain business development director Sam Barrett said: “We’re leaning into esports in an aggressive and strategic way. Major esports events are a core part of our partnership, which hold huge sponsorship potential. Plus we’ll be able to create vast amounts of content through this to further grow our social and editorial channels.”

Johnson added: “Working alongside GameByte and Social Chain is so exciting for all involved. This partnership enables us to really elevate our offering to the esports infrastructure and provide the best possible platform for talented individuals to flourish in the industry.”

Revolution Esports recently announced additional partnerships with SAF and Ace Of Spades. The company also plans to open four further Esports hubs across Europe in 2022, including a hub in Munich which will replicate its UK model.