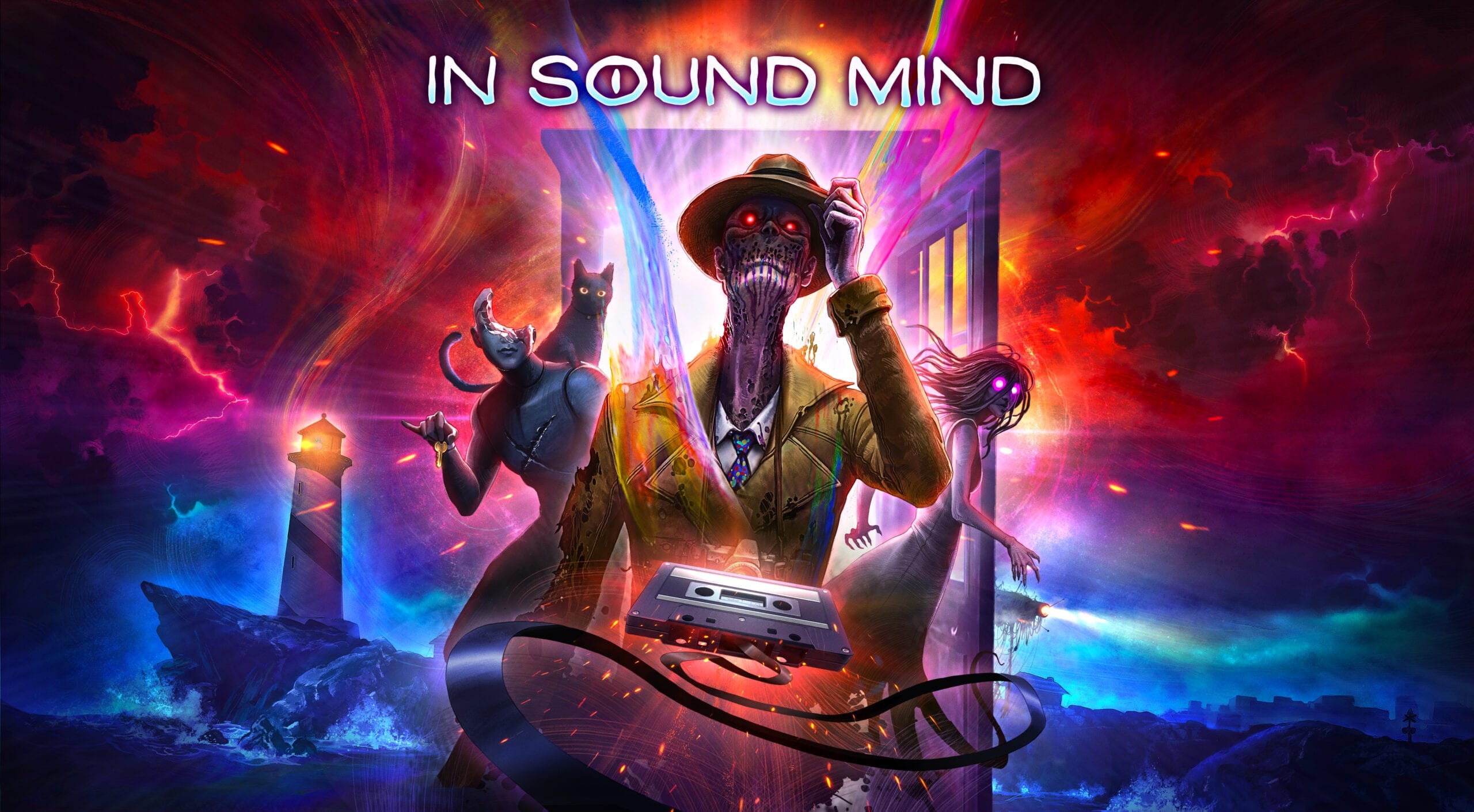 Horror fans will likely already be aware of In Sound Mind, the upcoming PC and console terror due to release later this year. GameByte was invited to a hands-off preview of the upcoming horror game, during which the developer played through a small section of the game to really whet our whistles. Curious to learn more? Here’s what we learned from our preview of In Sound Mind.

What is In Sound Mind?

For those who don’t know, In Sound Mind is an upcoming psychological horror which, as developer and game producer Ido Tal explains, “aims to explore the inner workings of your mind.”

As revealed during the In Sound Mind preview event, the game will see you “awake in the corridors of an inexplicable building. You find the environment takes on a life of its own and leads you to discover a series of victims, all exposed to the same experimental therapy.”

The game already has a fair bit of buzz surrounding it, as it comes from the creators of the cult classic Nightmare House 2. It also features a cat named Tonia, and if recent years have taught us anything, it’s that your game 100 per cent needs a cute animal if it’s going to be successful (I kid, of course… although the good news is you can pet it!)

Fans of Nightmare House 2 will be pleased to know that In Sound Mind will “keep a similar spirit,” and will even have an Easter egg or two for you to discover!

How does it work?

In the game you’ll play as a therapist named Desmond, who’s trying to solve a small-town mystery with big consequences. The story will unravel in the form of different “tapes,” various scenarios which each explore the minds of different patients that you see.

“These tapes are going to help you get into special levels,” explains Tal during our preview of In Sound Mind. “They tell the story of the patient. They’re that person’s story, their character, their struggles, all of that shapes how every tape is played. So the puzzles, the enemy encounters, or the music is all shaped around that story.”

Each tape will tell a part of the story you’re trying to uncover, but it’s up to you to face the horrors of your patients’ deepest secrets. There’s four tapes in total, as well as a hub area.

As shown in the demo, each tape goes into a tape player in the hub area, which will then open a door into your patient’s mind. If you’re brave enough to face the horrors within, then it’s time to step inside! Each tape ends with a boss fight-like encounter, so you’ll need to prepare yourself for whatever you might have to face.

According to the developer, unique encounters can be used to progress the game in more ways than just combat. Meanwhile, unique items can help you discover Easter eggs, clues and more. All in all, there’s a lot to unpack here, and it’s definitely caught our interest!

Our time watching a small section of In Sound Mind gave us a lot to get excited about. Fans of older horror games will be thrilled to hear that the game has an “old school 2000’s approach to environment and controls,” while “controls are rarely taken away from the player.”

What this means is that players are given “the freedom to do what they want.” Really, do we want anything more than that?!

While In Sound Mind follows a lot of the expectations of a psychological horror game, it definitely brings its own to the table. Surprisingly, some elements of the game offer gameplay which is almost platformer-like.

“You have to do some platforming and we felt like we could add some extra challenge here,” explains Tal, showing off a section of the game involving items being thrown off cliffs towards you. What by? Well, that’s a mystery we’ll leave for another day.

Don’t be fooled though – In Sound Mind is definitely a horror game at its core. An ominous, lingering figure was teased throughout the preview, suggesting something is always watching…

“You need to figure out what you know outside of just the tapes,” explains the developer.

“There’s this mysterious figure that’s chasing you throughout the game. You know he’s getting very close and comfortable, harassing you, and he’s the kind of enemy that even when you gather the courage to face him directly, he’s like one step ahead. You can also see him in the new artwork that we’ve just released.“

In Sound Mind also has a focus on puzzle-solving, making the title very much an all-in-one no matter what your preferred type of game may be. Of course, you will need to be more than a little bit brave for this one!

Perhaps unsurprising to those who’ve seen anything of In Sound Mind, the developers confirmed to us that yes, the game does indeed take some inspiration from the Resident Evil series.

“It’s probably inspired a lot by the Resident Evil series; the way that the puzzles are solved and literally how things are pieced together a lot of times,” says Tal. “Resident Evil 7 and the remake of 2 were excellent. These recent years have really inspired us.“

The Resi games aren’t the only titles which have shaped some of what we’ve seen of In Sound Mind. Seeing as the developers created Nightmare House 2, it’s not at all surprising to hear that original Valve titles have had a hand in what we’re seeing of In Sound Mind today.

“I’ve just taken big inspiration from the games Valve used to make, or still make I suppose, but haven’t for a while,” says Tal. “And yeah, as someone that played a lot of those Half Life mods over the years […] there’s definitely that feel that you just that they have, so it’s nice to sort of keep that alive.”

“We consult with professional therapists,” says Tal. “We’ve actually already changed a couple of things since the demo. So the full game is going to be a lot more tighter in that respect.

“It’s super important for us that we’re [giving] a lot of attention to [mental health], but at the same time I want to say that, you know, in the end, we are shaping the story around the game.

“Our approach is more around the character [and] their experiences rather their mental illness, if that makes sense.”

Getting the horror genre right is incredibly difficult, but from what we’ve seen of In Sound Mind so far, this is definitely worth having on your radar! If you’re still not wholly sold on the concept, you can play the In Sound Mind demo for free on Steam right now!

In Sound Mind comes to PC, PlayStation 5 and Xbox Series X|S sometime in 2021. Wishlist it today!