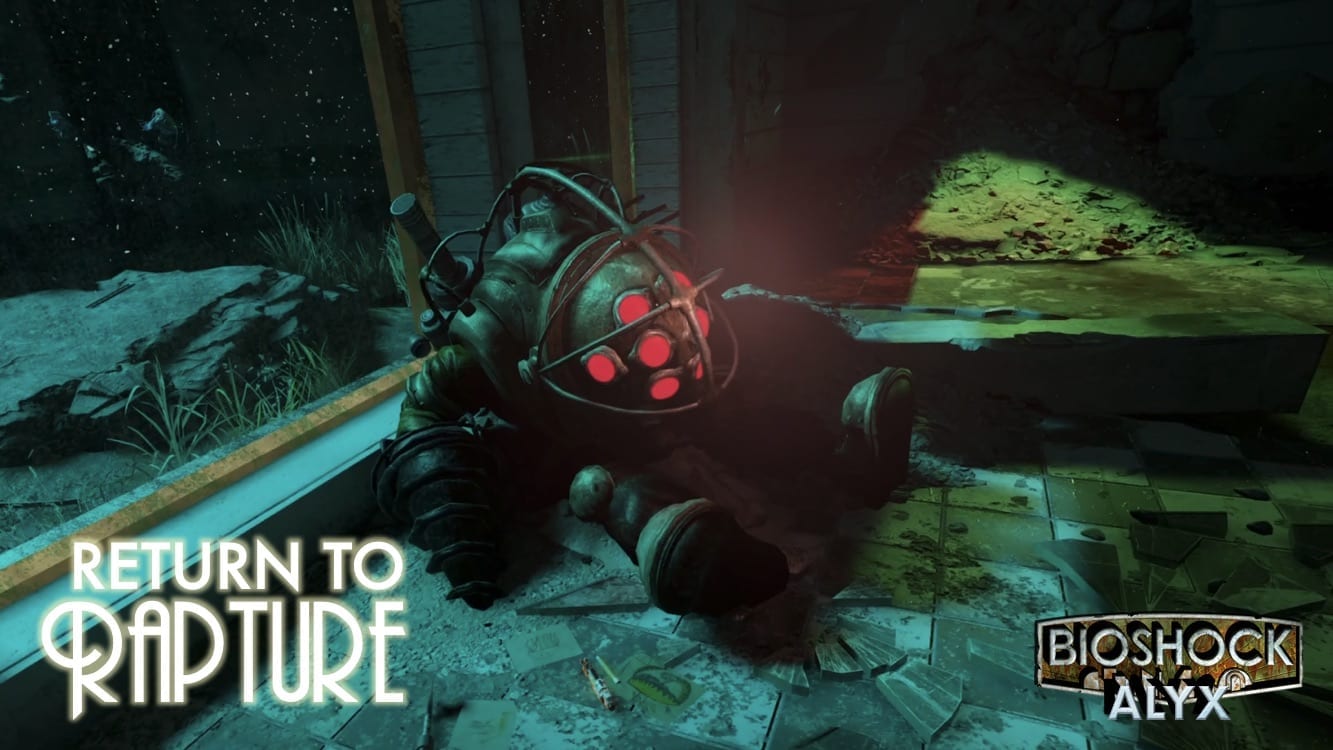 A very talented modder is at it again. This time they have created a full campaign of BioShock in VR using Half-Life: Alyx.

Spotted by VGC, Return to Rapture is an eight-part campaign developed by Belgian modder Wim Buytaert, using Half-Life: Alyx as its source.

Buytaert seems to have a particular talent when it comes to developing VR mods using the Half-Life 2 prequel, as they’ve even created a campaign influenced by Resident Evil.

When speaking to UploadVR, Buytaert explained that Return to Rapture was created using around 200 assets from the original BioShock game, which is clear to see in the trailer.

The gameplay trailer for Return to Rapture features the plane crash at the beginning of BioShock. You can also see several locations and landmarks inspired by the original game.  There also appears to be some new environments too. Check out the trailer below!

The description of Return to Rapture reads: “The Combine have discovered the whereabouts of Rapture. Rumours exist that the suitcase of Andrew Ryan has yet to be found. Within it are the secrets to ADAM and the plasmids.

“The quest for this artefact is not archaeology; it’s a race against evil. If it is captured by the Combine the armies of darkness will march all over the face of the earth.”

On the Return to Rapture Steam page, it is detailed that the mod has an original soundtrack and a new dialogue recorded from a hired professional voice actor.

As a BioShock and Half-Life fan, I’m nothing short of incredibly impressed by the work done by Wim Buytaert.

Return to Rapture also gives you a taste of what an official BioShock game could be like in VR, so 2K games, what are you waiting for?!

You can check out all the episodes of Return to Rapture via the Steam Community page here.

Are you impressed with the Return to Rapture mod? Let us know across our social media channels.