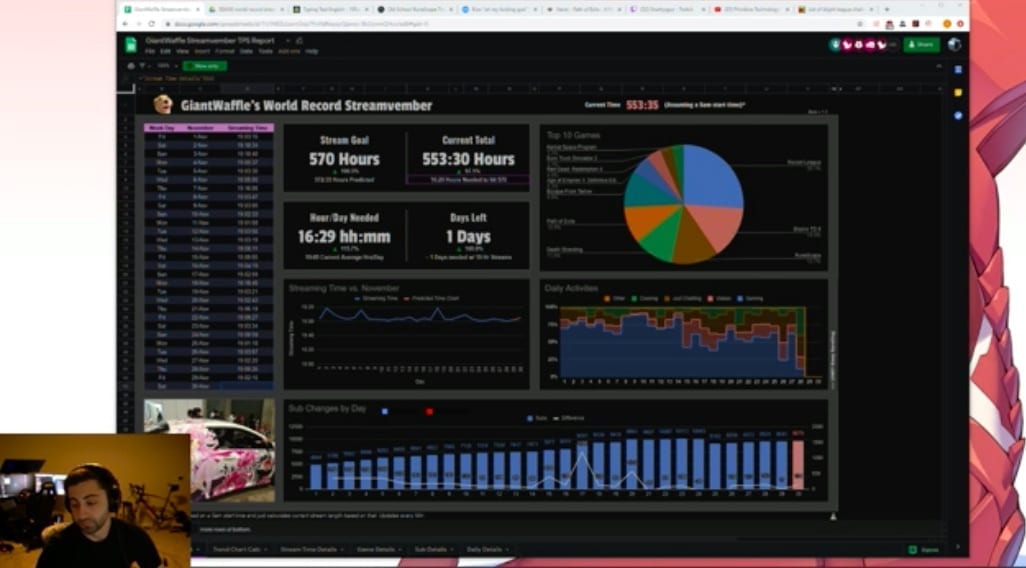 From speedruns to hours streamed, it’s a competitive world out there when it comes to breaking video gaming records but that doesn’t mean it’s not worth attempting to go for gold. Another world record has been busted wide open by streamer Andrew ‘GiantWaffle’ Bodine, who streamed for 572 hours to set the new world record.

GiantWaffle achieved the impressive feat over a 30 day period, because y’know, you can’t and shouldn’t stream for 572 straight hours as you’ll just straight up die.

The streamer impressed the world with some serious dedication and commitment, smashing the goal by completing a 19-hour-long stream each and every single day for 30 whole days [via Kotaku].

So, what did GiantWaffle choose to invest his hours in? Some absolute classics, of course. Luigi’s Mansion 3 and Red Dead Redemption 2 were just two of the games selected for the line-up, with other titles including Rocket League and Death Stranding.

It reportedly took months of training to set the new world record, because surviving on less than five hours’ sleep a day, and staring at a screen for extended periods are just two of the ways in which long periods of streaming can be harmful.

Not everyone is impressed with the record though, with lots of people across social media criticising the lack of self-care and the normalisation of extreme practises.

“It’s very obvious and I’m well aware of it. But when put into perspective, a lot of people trying to break records push themselves to the limit in ways that are not seen as healthy. It’s not easy. It was never meant to be easy.”