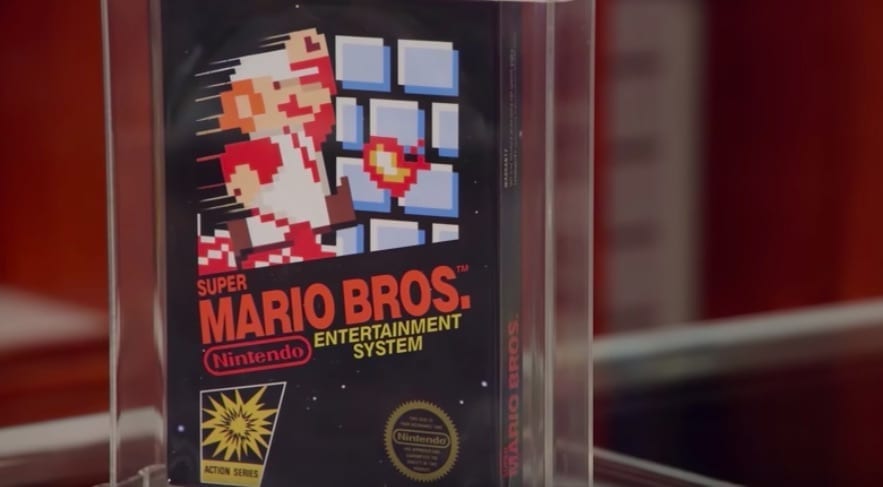 The Pawn Stars television series usually sees more antiques than video games, but every once in a while the show has something really exciting to show off to its gaming viewers.

In a recent episode of the series a collector brings the Pawn Stars cast what could be one of the most important video games in existence – and is quickly dismissed by the show’s experts.

A sticked-sealed version of Super Mario Bros. for the Nintendo Entertainment System, fully graded by Wata Games and in near-pristine condition, appeared on Pawn Stars, with the seller asking for a cool $1,000,000 USD.

Although originally somewhat ridiculed by the appraisers Chum and Rick, it’s the collector who’s left laughing when the founded of Wata appears on the show. Wata’s Deniz Kahn fully puts Chum and Rick in their place, and even remembers seeing the game come through Wata for grading.

“I know why [the owner] is asking astronomical money on this one,” said Kahn. “This is probably the most significant piece of video game history that’s ever passed through our grading company.”

He went on to say that pricing the game is near-impossible, but that he’s known less-important sticker-sealed versions sell for over $300,000 USD.

“What makes this [copy] special is a lot of different indicators. First you’re gonna see this sticker, so it’s not shrink-wrapped. It’s from the test market launch of the NES as far as we can tell.”

He went on to add: “This is the second print, and it’s the earliest known. There’s no other second prints, or first prints known, that are still sealed.”

Check out the full clip in the video below and watch these guys get served. Also, check it out just because it’s a great watch.

Someone Just Bought A Sealed Copy Of Skyrim For $600

Rick And Morty Season 5 Gets Release Date And New Trailer