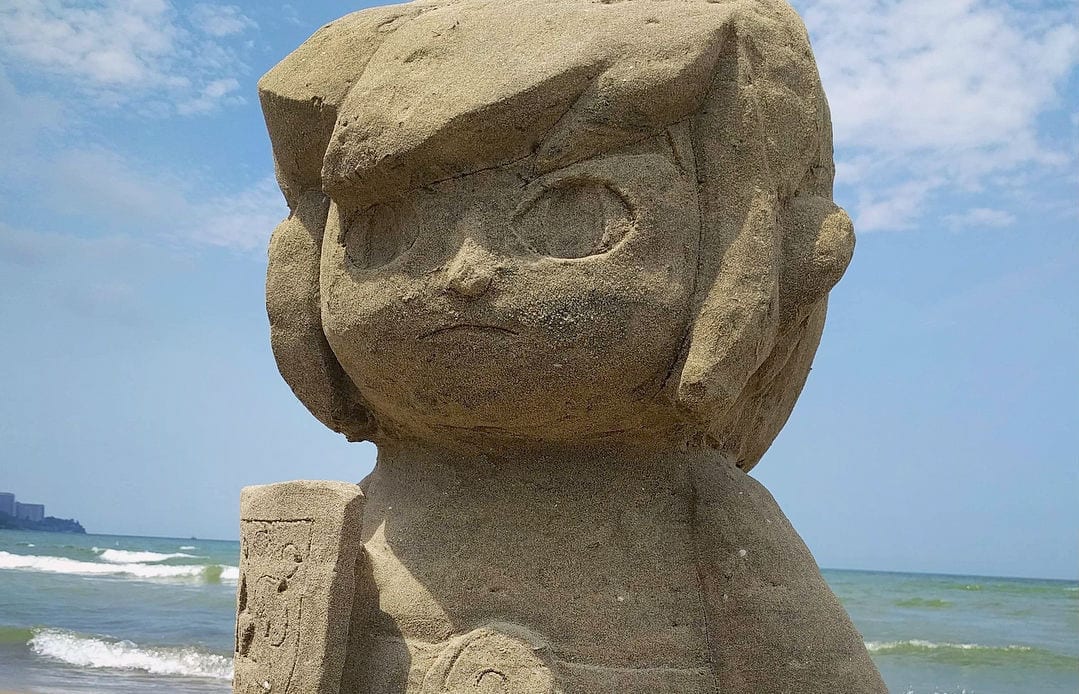 I remember a couple of years ago when visiting the Western-Super-Mere beach in the UK, there was a gallery of incredibly detailed sand sculptures, everything from iconic monuments from across the globe, well-known Disney characters, Lion’s and much more. I remember thinking the kind of skill; patience and attention to detail that must have gone into each and every one of those sculptures, it was truly something to behold. 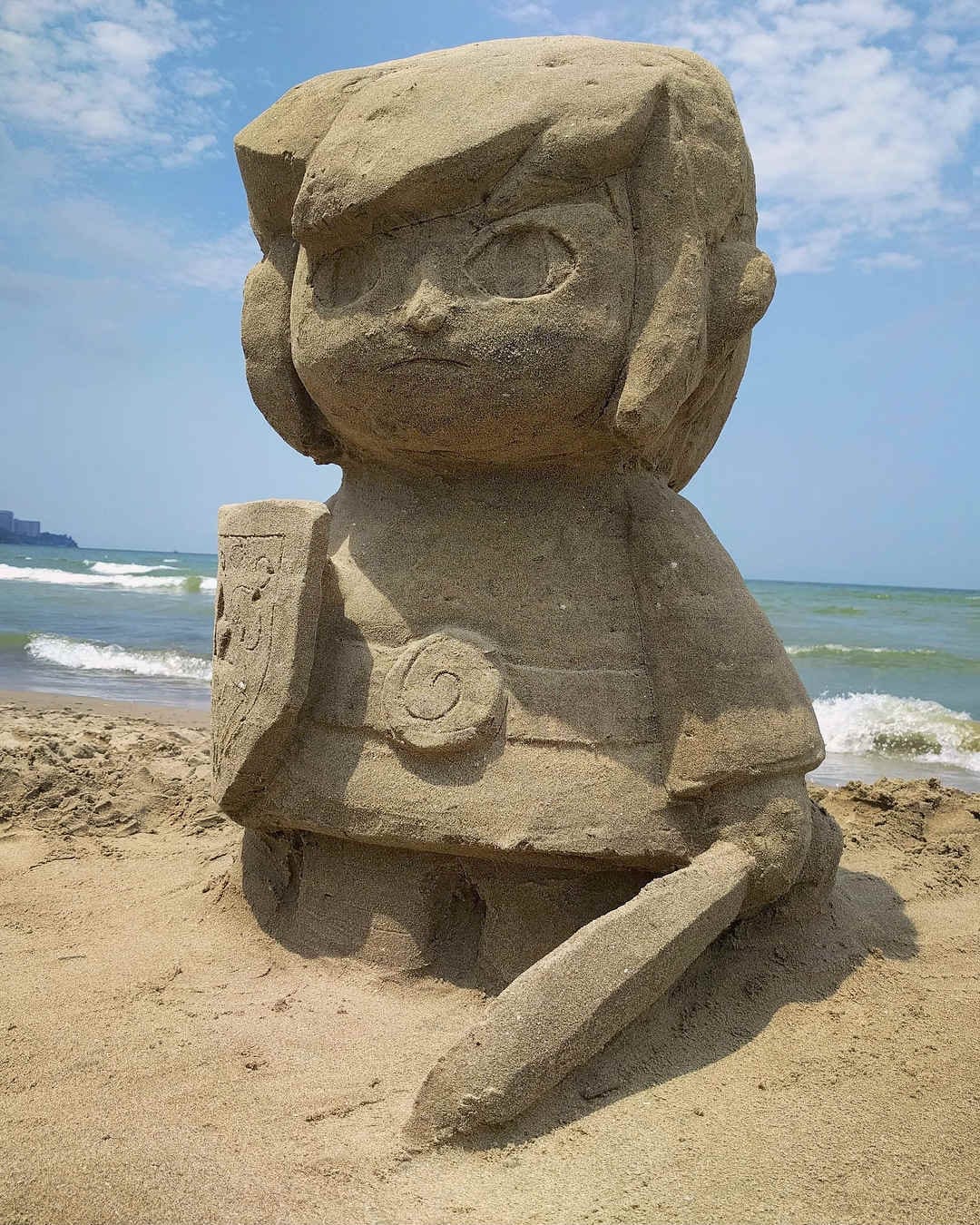 Well, there have also been a team of talented twins by the name of BuddingSculpyist and Wearewhimsical that have sculptured an amazing Link from The Legend of Zelda: Wind Waker. The sculpt was crafted on Edgewater Beach, Cleveland in the USA which took a total of six hours to create. Personally, looking at the amount of detail on the sand sculpt, I assumed that it would have taken a lot longer to craft, which makes the feat all that more impressive. In total The Legend of Zelda: Wind Waker, Link sculpt not only took six hours to create, but it also needed a whopping 100 gallons of water to mold. 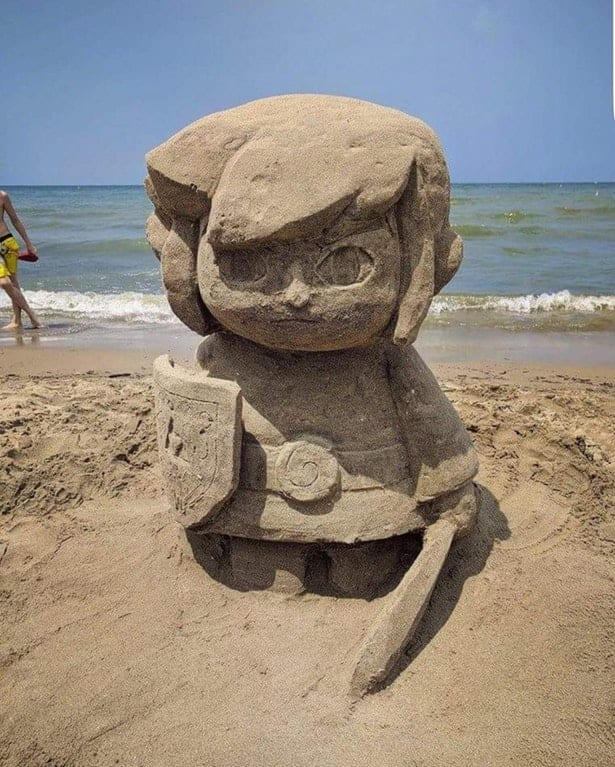 With the summer well and truly kicking in, I would love to see if the talented twin teams of BuddingSculpyist and Wearewhimsical create anymore sand sculpts based within The Legend of Zelda universe, perhaps Epona from Ocarina of Time, Princess Zelda in her Breath of the Wild form or even one of the many iterations of Ganondorf.