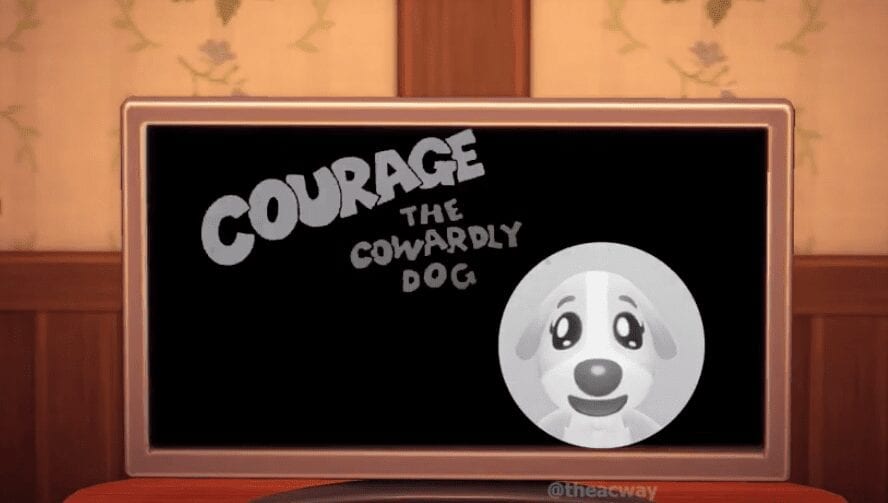 Animal Crossing: New Horizons is a pretty versatile game, and in the hands of the right creative powerhouses, it becomes a regular tour-de-force. YouTuber and Nintendo fan, BrokeDave, has been wowing the internet with their homage to the one and only Courage The Cowardly Dog – by recreating it entirely in Animal Crossing.

As part of a collaboration with Instagram user, TheACWay, the Courage intro has been faithfully recreated from the bottom up, using Animal Crossing dog character, Cookie.

Along with Courage- er, Cookie – the video clip also features the TV host who introduces the show, Muriel, Eustace and the famous house from The Middle of Nowhere. The video even includes a montage of the “creepy stuff” happening in Nowhere. Honestly, it’s an absolute joy to watch. Check it out for yourself in the video below [via ScreenRant]!

In related news, a Reddit user by the name of SatisfiedRuby82 has received a lot of praise for signs and notes created in AC, to allow visually impaired users to better experience the game.

Explaining on the thread, the user says: “My aunt is visually impaired. She loves animal crossing and wants visitors but is afraid of seeming rude if she doesn’t see the chats. So I made her these. She wants to share the design codes as well. Sign: 11N0-R0VV-WPXT

Sign and note for visually impaired players. More info in comments. from r/AnimalCrossing

The user later added: “Thanks for all the support for this. We hope the designs help someone else. We were just talking and her condition is called double colomboma and microphthalmia. She said colomboma is a lot more common, but double colomboma is very rare. Last she heard, a few years ago, only 4 or 5 people worldwide had it, and of those, one is her and one is her daughter (my cousin). Hers is very severe. Her daughters is not as bad as hers is.”