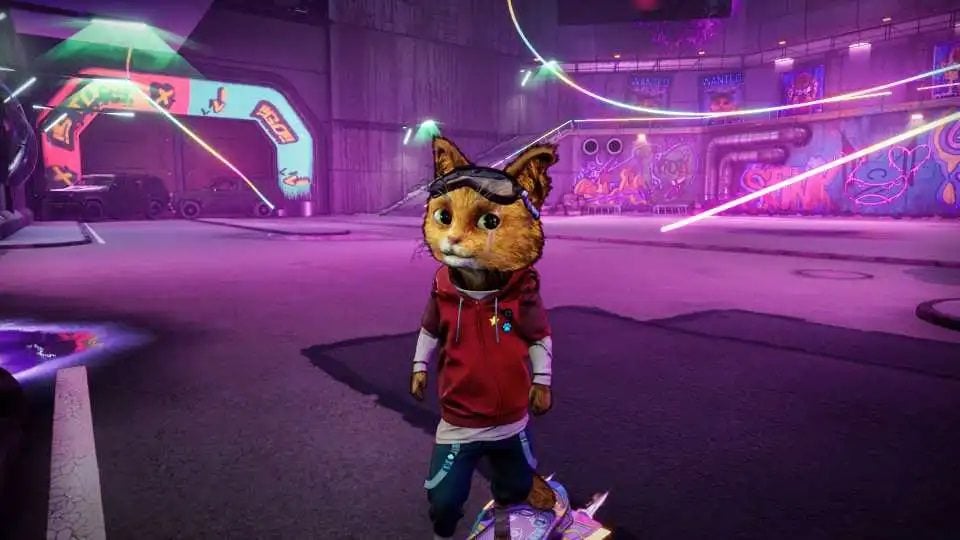 Gori: Cuddly Carnage sees you play as a cute cat on a hoverboard doing tricks and destroying a bunch of unicorns and other enemies. It is also the important thing that every game needs to be. Fun.

During my time at Gamescom I got to go hands-on with the game and was pleasantly surprised with how easy it was to pick up and cause mayhem.

The game feels like its from a previous generation in the best way possible. The kind of chaotic hack and slash game that you go back to again and again to get those high scores and try new things. Its set up is simple in what it’s doing but it’s so outside the box in how it combines everything that it works really well.

It’s not without its issues though I found that the grinding mechanic on the hoverboard could be better implemented, as I would often miss what I was aiming for. Some areas also felt a bit too big for the amount of enemies you were taking on. Combat also felt fairly easy for the most part, with there being no real challenge in staying alive. It is worth keeping in mind though that this is a preview build of an early level of the game and I’m sure the full game will have difficulty options to make it harder if you need to.

Gori is a cute protagonist (it is a cat in clothes after all, how could that not be adorable?) and their sidekick hoverboard acts as a good way to give you more information about the world, even if they get a bit annoying after a while. The humour of the game may not be for everyone but I feel the trailers that are out there definitely set the tone for the game. So if you watch the trailers and feel the style of humour won’t be for you, you’re probably right.

If you’re after a hack and slash game that allows you to put your years of playing Devil May Cry to good use as well as your years of playing games like SSX and Tony Hawk’s Pro Skater then Gori: Cuddly Carnage is the game for you. A release date hasn’t been announced yet but hopefully it releases sooner rather than later.