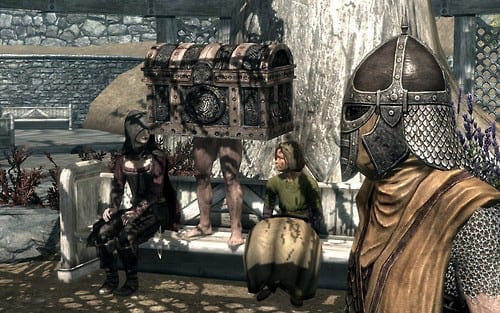 With Early Access, hot-fixes and (forced) online play, this sort of thing has actually become more common – and much more easily fixed. Once upon a time, before companies had the ability to quickly patch games, testing was done a lot more thoroughly, as whatever was shipped on the disk or cartridge was all the gamers would receive.

Of course, that doesn’t mean there weren’t any glitches or bugs at all, just that in many cases, they were far more sporadic. If you regularly play video games you’ll probably agree that they are a nuisance – after all, who wants a broken game? Well, there are some bugs that actually made the games better, and we’ve collected some here. 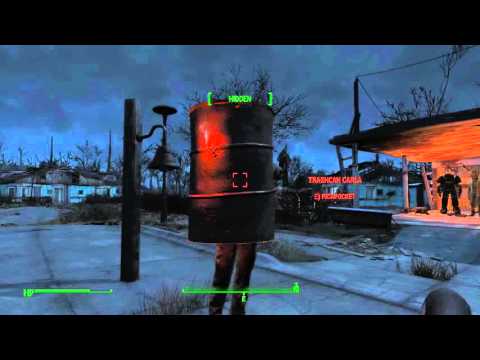 The Freefall Legs are one of the hardest to obtain items in Fallout 4 – having to work for something instead of just being handed it is great, but come on. Not taking any fall damage is epic, but climbing up the Mass Fusion building in a jetpack-equipped power armour is not.

Luckily, there is a glitch that makes this a little easier. Pick up a nearby trash can, then stand with your back against the buildings wall. It’ll take a few tries, but you’ll be able to get the hang of jumping at the right moment. Be sure to look down at the trash can you are holding as you jump – you’ll quickly start ascending the wall.

It’s easier and if we’re honest a lot more fun than the ‘traditional’ way.

Heavy Rain is as gloomy as it is brilliant. Not only does it tell the story beautifully, it has some pretty good plot twists and surprises in store for us too. It was definitely a highlight when it came out…but it also had an amusing bug. If there is one thing the game is missing, it’s levity – there isn’t anything fun about finding your missing son through inhumane trials of course, but you can definitely make the final act more fun if you come across this glitch.

It can’t be activated on purpose so it’s pure chance, but at a certain point, one of the floaty dialogue boxes can get stuck – the one were Ethan screams ‘Shaun!’. It’ll be available for the rest of the act, allowing you to shout out your son’s name whenever you want to – no matter how inappropriate. It’s not just sound either – every time you do it, Ethan’s mouth moves along. 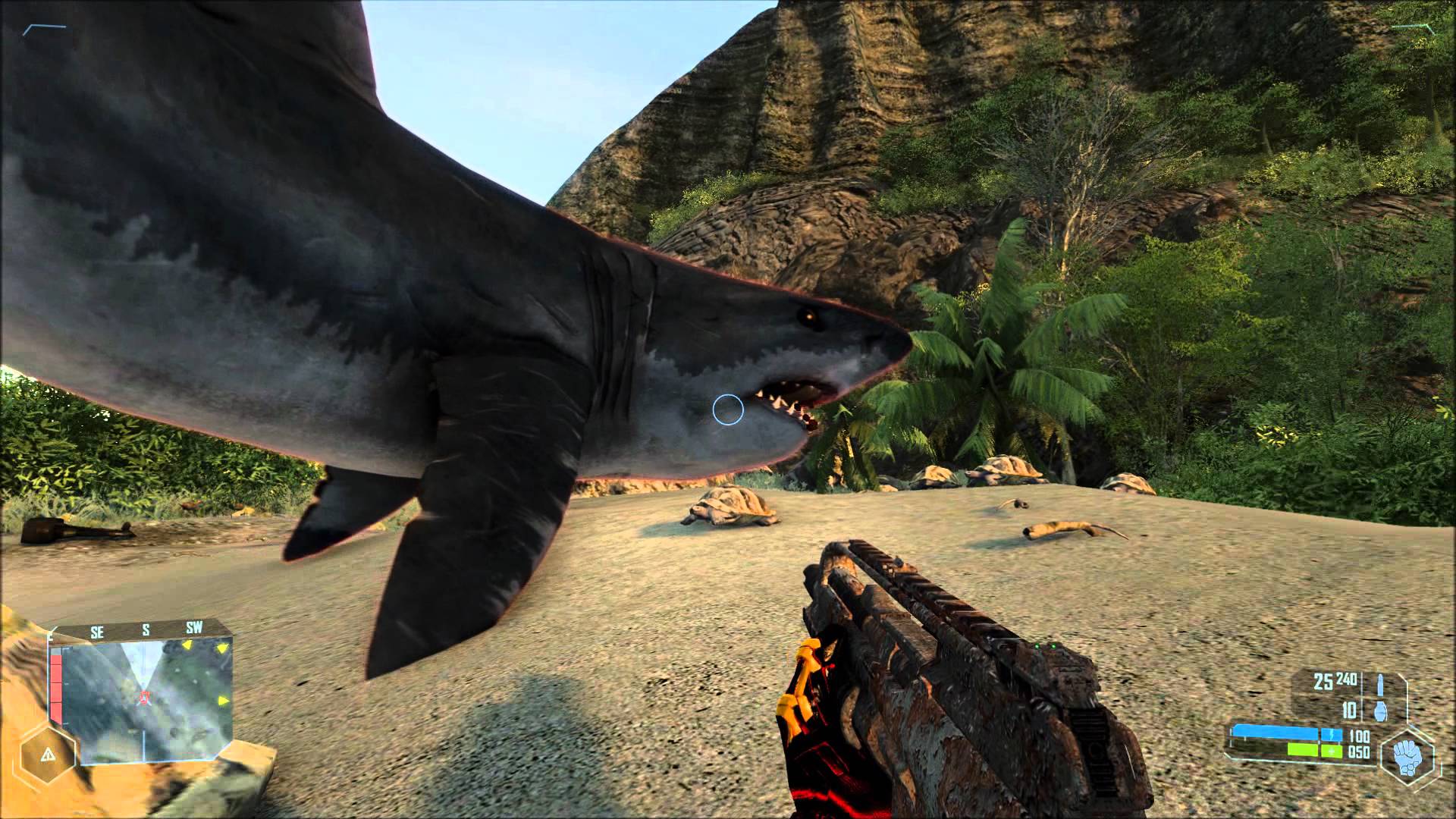 You’ve probably heard of this glitch or even seen it yourself – the landshark. Crysis, otherwise known as ‘Can your PC run it on Ultra’, features some pretty scary sharks around the island that you adventure on. Of course, unless you go in the water, that shouldn’t be too big a deal – and it wouldn’t be if it wasn’t for the unnerving propensity of these sharks to chase you on land.

Activating this is pretty easy – simply go to the beach and take a few steps into the water – not too far or you won’t make it out on time. Essentially, you’ll want to bait a shark or three to attack you. When it does, you run out of the water – it’ll probably follow you, and it will do so just as quickly as underwater. Thank god real sharks haven’t figured this out yet, or Sharknado would be a much more realistic movie.

4. Lord of the Rings Online 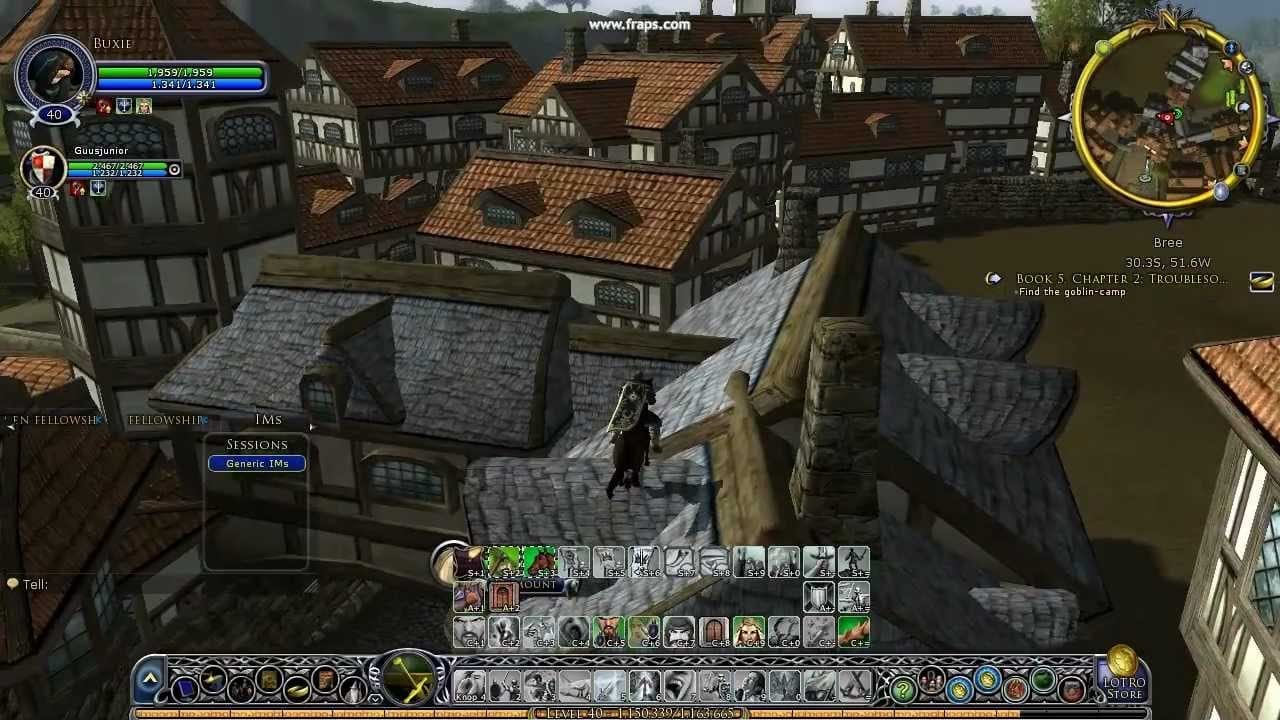 Online games tend to be a category of their own when it comes to glitches – the makers usually take great care to not let any game-breaking glitches through, but you’ll always be able to find some, no matter what the game. From broken dialogue from NPCs to wall-humping monsters, bugs are usually minor, and even funny.

Among those, there is a standout though – chairs. That’s right. A certain glitch centred around the follow command of the game allowed players to use chairs as mounts, and to ride along the ground while sitting down. This quickly blew up into one of those ‘things’ and players started to make chair trains by assembling with their trusty wooden companions and sliding single file through the lands. Very Tolkien. 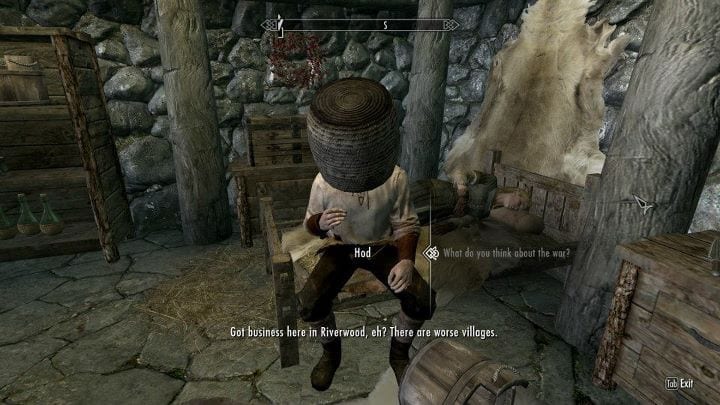 This is probably the most well-known glitch on this list – the basket exploit. With a little skill and practice, you can place a basket, bucket or even cauldron on any merchants head…and then rob them blind. Line of sight is a very literal thing in Skyrim, so breaking it by putting something on their head means there will be no witnesses to your crafty thefts. Of course, it takes the challenge out of it, but when you’ve been caught the third time in a row, that probably doesn’t matter any more.

Keep an eye on the basket – while they won’t try to take it off, they will absolutely shift and do their thing as usual, so it can slide off, revealing your evil deeds to the world. Weighing down the basket with a wheel of cheese often does the trick though, securing the basket on their head.

It’s almost a pity that there is no way for the NPCs to react to the situation – sure, it’s probably not intentional, but we’d have loved to see a ‘fix’ that either has them seeing through the basket, or better yet, that has them taking it off and booting you out of the store. Not that that’s stopped us from doing it every time we’re low on cash.

It’s a rough world out there you know, and Khajiit only has wares if we have coin…we really had no choice.