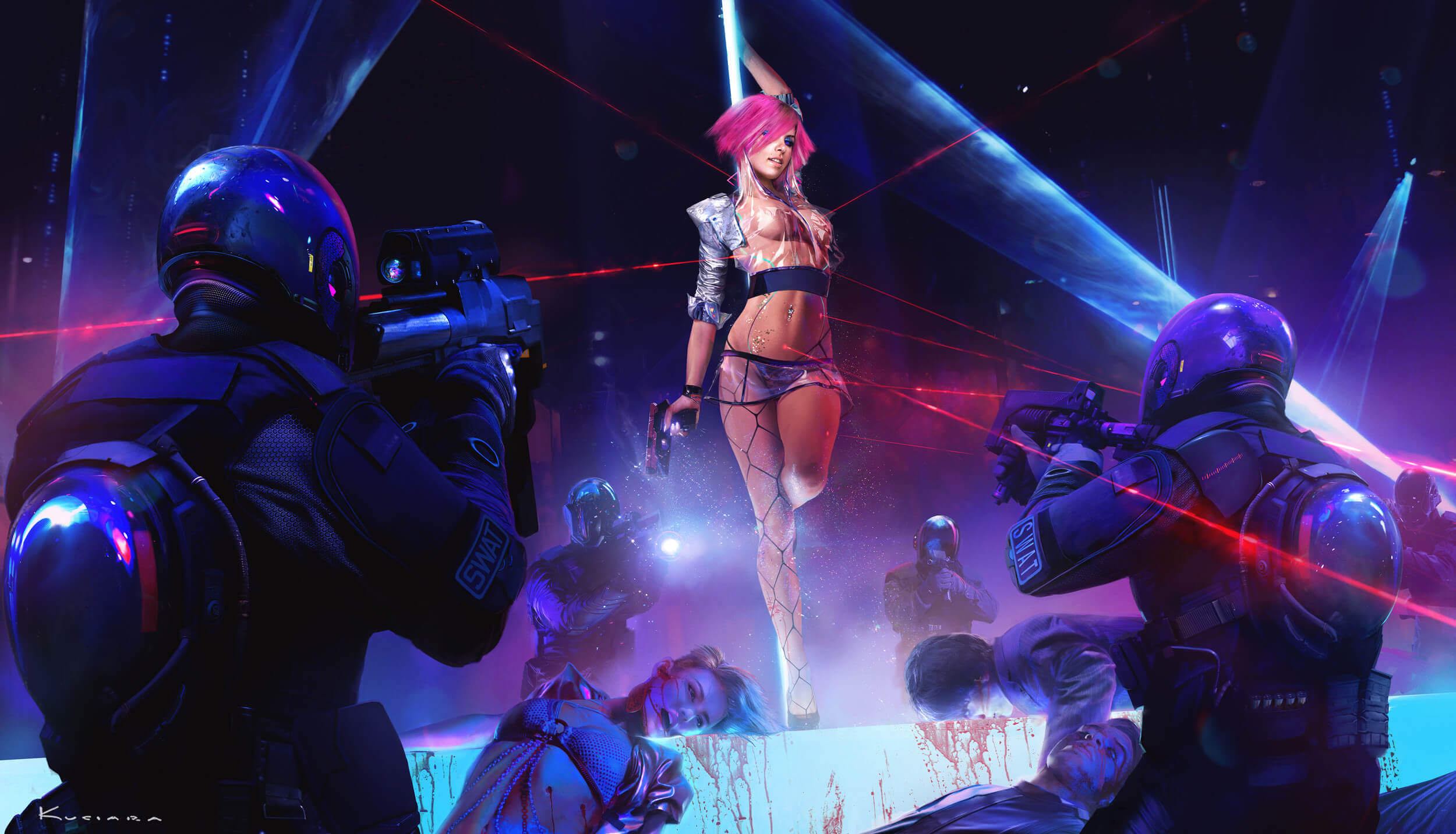 CD Projekt Red’s upcoming dystopian RPG, Cyberpunk 2077, takes places in a world in which gender is as fluid as it can possibly get, something which is fully explored in the game’s character customisation.

Cyberpunk’s playable character is known as V, but exactly who V is comes down to the player. Their gender expression is completely down to you, with no binary limitations and no barriers.

Speaking with VideaGamesChronicle, Cyberpunk 2077’s level designer Max Pears explained just how important representation and gender identity is to the story of the game.

“We really want to make sure players get the representation that they want,” Pears told the publication. “In the genre of Cyberpunk as well, it asks such deep questions about what it means to be human, let alone what it means to define your gender.”

It’s “important to the lore of this world,” Pears added.

In terms of the pronouns used by NPCs in the world when speaking about your character, you won’t actually hear any. According to Pears, all the characters will refer to you as “V,” keeping it nice and simple.

“One of the things we’ve done to make sure the game addresses things a certain way is a lot of the time NPCs are just going to refer to you as ‘V’, because you won’t be able to choose your name.”

Earlier this summer, Cyberpunk’s senior concept artist Marthe Jonkers with Metro about gender in the game, explaining how inclusivity is incredibly important to both the fans and the developers.

“You don’t choose your gender anymore. You don’t choose, ‘I want to be a female or male character’ you now choose a body type. Because we want you to feel free to create any character you want,” Jonkers said.

“So you choose your body type and we have two voices, one that’s male sounding, one is female sounding. You can mix and match. You can just connect them any way you want. And then we have a lot of extra skin tones and tattoos and hairstyles. So we really want to give people the freedom to make their own character and play the way they want to play.”

Jonkers also told the publication that the development team is incredibly diverse itself, and is therefore completely open to ideas from the public: “We just wanna know what we can improve on because we want to make a really good game and we really wanna make a game that everybody is comfortable playing,

“But at the same time we’ll tackle difficult issues. It is a cyberpunk world after all.”