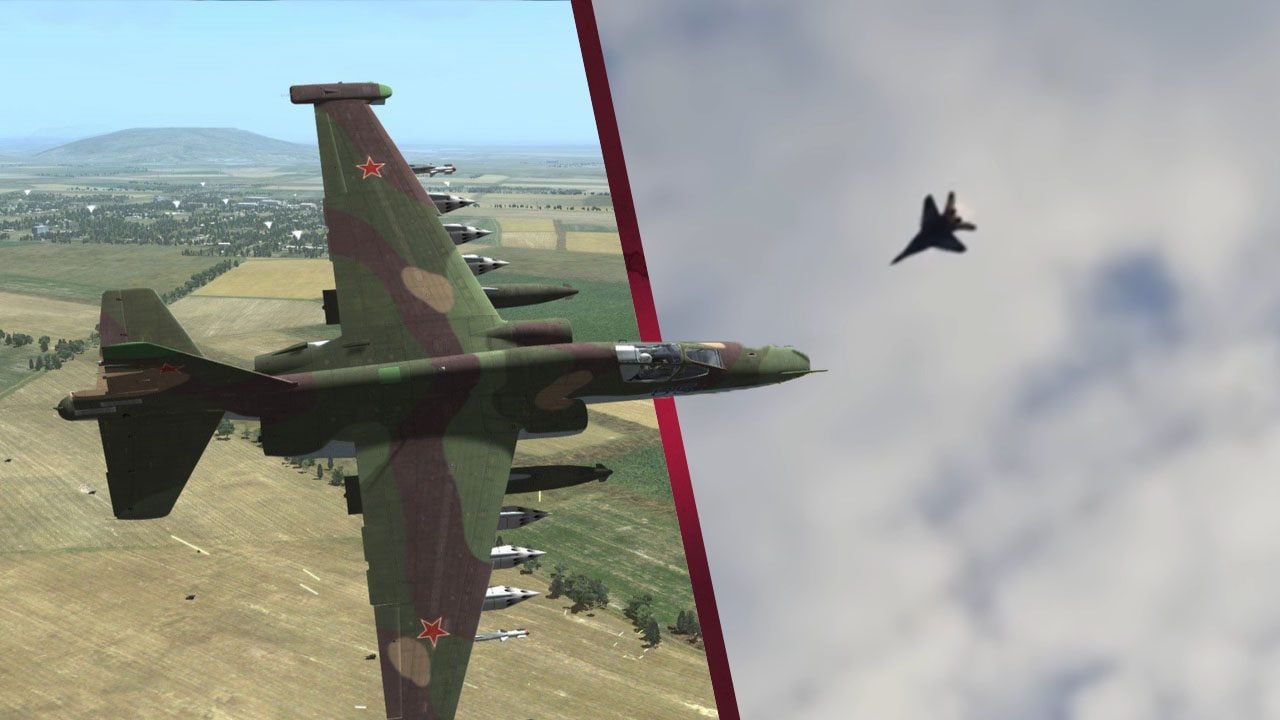 A viral video that claimed to be footage of a dogfight between the ‘Ghost of Kyiv’ and a Russian jet is actually from a combat flight sim.

The footage supposedly showed a Ukrainian MiG29 taking down a Russian Su27. And the Ukrainian jet was meant to have been piloted by the ‘Ghost of Kyiv.’ This ‘ghost’ is reportedly a pilot who had downed six Russian aircraft.

This had been corroborated by CNN, who wrote “The General Staff of the Ukrainian Armed Forces has claimed five Russian aircraft and a helicopter were shot down early Thursday, as Russian forces attacked Ukraine.” But the viral footage that claimed to show the ‘Ghost of Kyiv’ turned out to be edited footage of the game Digital Combat Simulator.

where did the footage come from?

The original video, as seen above, was posted to YouTube by Comrade_Cord, which specified that it was from DCS. “This footage is from DCS, but is nevertheless made out of respect for “The Ghost of Kiev.” If he is real, may God be with him; if he is fake, I pray for more like ‘him,'” reads the description of the video. The footage was edited to look like real footage. It was altered to look like it was shot on a mobile phone. And civilian voices could be heard talking as well.

This was then shared by various accounts on social media, who presented the footage as real. Because the footage is shaky, and far away from everything it is shooting, it is hard to tell that it’s from a video game. But it is a stark reminder at how easily this kind of thing can be faked. And that we should always be cautious when we see footage like this.

This kind of footage poses a problem because it encourages the spread of misinformation. And some might see this as an opportunity to further contribute to that. Which can lead to some not knowing the reality of the situation.