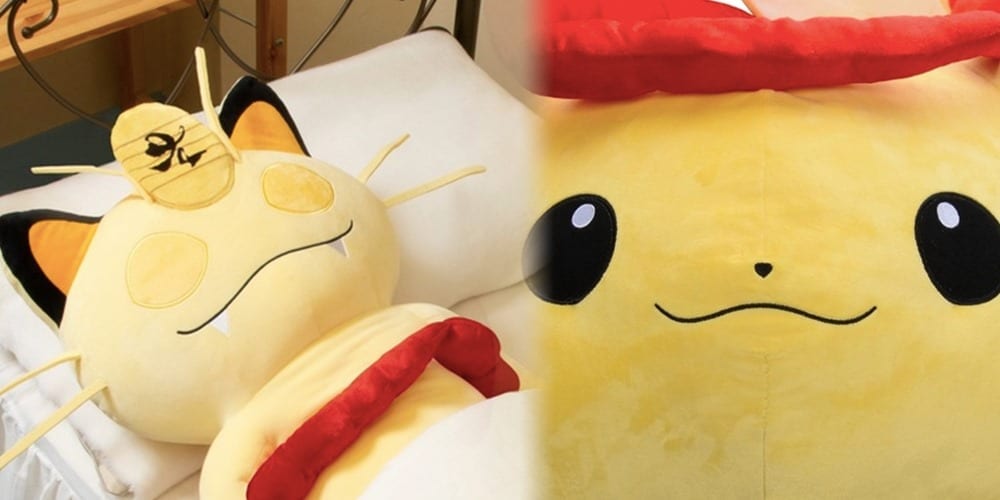 Last year’s Pokémon Sword and Shield introduced the memorable (if not a little weird) Gigantamaxing mechanic. Gigantamaxing introduces giant-*ss Pokémon into your battles as your pocket monsters “evolve” into super-sized versions of themselves for those extra-tough battles.

It was only a matter of time before Gigantamax versions of your favourite Pokémon hit store shelves, and they’re now here thanks to The Pokémon Center’s online store in Japan.

I’m a massive fan of this oddly thin and very long Meowth plushie, which the website says is due to ship in October this year. Officially known as the “Super Kyodai Plush Meowth (Kyodai Max’s figure),” this bad boy is the only bedroom companion you’ll ever need.

No Meowth can compare to the wonderful Chonky Pikachu though, and this Gigantamax version of everyone’s favourite yellow critter is so wonderfully chubby you just wanna squish him up. His official name is the “Super Kyodai Plush Pikachu (Kyodai Max’s figure),” but “Chonky Pikachu” just has a better ring to it, in my opinion.

Of course, neither of these plushies are particularly cheap. Meowth will set you back 33,000 yen, which is roughly $310 USD. Pikachu comes in at a pricey 44,000 yen or around $412 USD (presumably because of all the stuffing).

Sadly, they’re only available to ship within Japan right now, though the website does mention the US Pokemon Center, so maybe we’ll be seeing them there in the future?

Speaking of Nintendo cuteness, thanks to cosplaying store Miccostumes, you can now dress up your fur babies in the iconic attire of your Animal Crossing : New Horizons island. From Tom Nook’s Hawaiian shirt to the tanuki maestro’s ears, your feline or pooch can go full Nintendo with their line of pet clothes.

Prices start at just $15.99 USD, which is nothing, considering how Instagram-worthy they are.

Animal Crossing is just the beginning though, as the website also stocks a whole bunch of other pet cosplay costumes, including outfits inspired by Dragon Ball Z, Demon Slayer and JoJo’s Bizarre Adventure. Check out the whole range here.