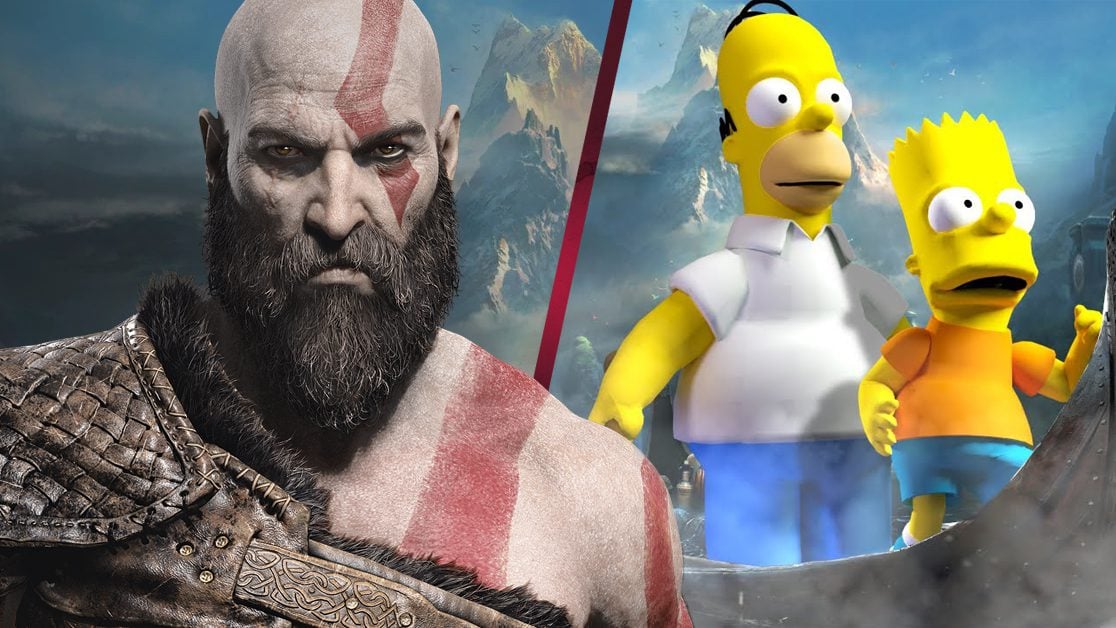 This God of War mod replaces Kratos and Atreus with Homer and Bart Simpson. It’s both hilarious and disturbing at the same time.

The PC modding community are wonderful folk. There’s no telling what random cameos, gameplay modifiers and even improvements we might be treated to next. However, in terms of God of War (2018), this could be the best mod yet!

Can we see Homer vs Kratos, please?

As spotted by Screen Rant, this hilarious, yet quite disturbing mod goes above and beyond. Not only does the God of War character model replacements of Homer and Bart look great, but voices from The Simpsons have also been added.

Ok, granted the official voices from the series haven’t been used. However, the impersonations are as good as hearing the real voice actors, without having to pay any royalty fees, I guess.

The mod is created by Omega Fantasy and just by taking a quick glimpse at their YouTube channel, it’s full of fantastic God of War mods. There are mods featuring Kratos from God of War 3, Zombie Kratos, even Captain Jack Sparrow, and much more.

Hearing the dialogue between Homer and Bart Simpson is amazing, especially when Homer starts attacking enemies with his homemade “Wonderbat” baseball bat. However, the mod is taken up a level when the Norse God, Baldur, sorry, Ned Flanders knocks on the door.

I won’t say anything else because you’re better off just watching the video for yourself from YouTuber, ToastedShoes. Enjoy.  God of War (2018) is available for PC and PlayStation 4.