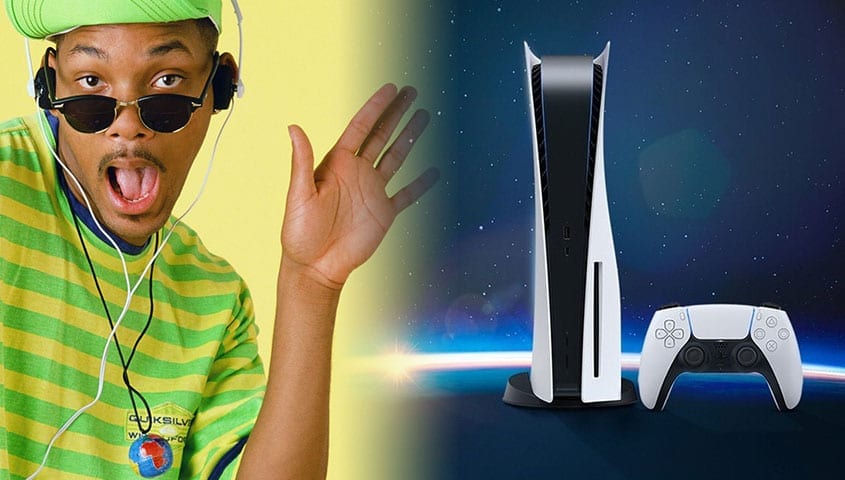 Hollywood mega star and musician Will Smith has surprised a 14-year-old cancer patient with a PS5.

The gift of a PS5 was the highlight of Will Smith’s Snapchat video series called “Will from Home and for the Holiday Special” and he teamed up with singer/songwriter Jason Derulo for the event.

The incredible gift was given to Aiden, a boy from Texas has been diagnosed with leukaemia. However the COVID-19 pandemic has meant that the young boy has had to remain isolated in hospital with no physical contact from family and friends.

So in an attempt to brighten up Aiden’s day his Dad Chuck dressed up in bright clothes and perform silly Dad dances from the car park as his son watched on up high from the window.  Even other Dads joined in to perform their own dances to help put a smile on Aiden’s face.

So when Will Smith and Jason Derulo learned of this heart-warming story they not only taught Dad Chuck “The Woah” dance move (which I have no idea what that is) but they also gave Aiden a PS5.

However that is not all because Aiden also received a gift card so that he could buy some new video games for his console!

Will Smith and retailer GameStop also donated $5,000 each to the Cook Children’s Medical Center.

Over in the UK the gift of PlayStation 5 was also given to a boy named Moin Younis who has the rare genetic skin disorder Epidermolysis Bullosa and was awarded The Pride of Britain in 2018.

When Mo asked on Twitter back in November if anyone had tips on securing a PS5, Aston Villa and England footballer Jack Grealish saw his tweet and responded.

Grealish brought Mo a PS5 and signed the box with the message: “To my brother Moin, a little early Christmas present for ya!! Enjoy bro. Love ya mate, from Jacky 10.“

Upon receiving the PlayStation 5 Mo shared his excitement on Instagram.

“Just had this delivered and a little message from Villa captain @jackgrealish. Can’t believe life right now. Thank you soooo much bro I can’t even tell you on post how much I appreciate this.“

Keep the heartwarming stories coming please – we all need it this year!