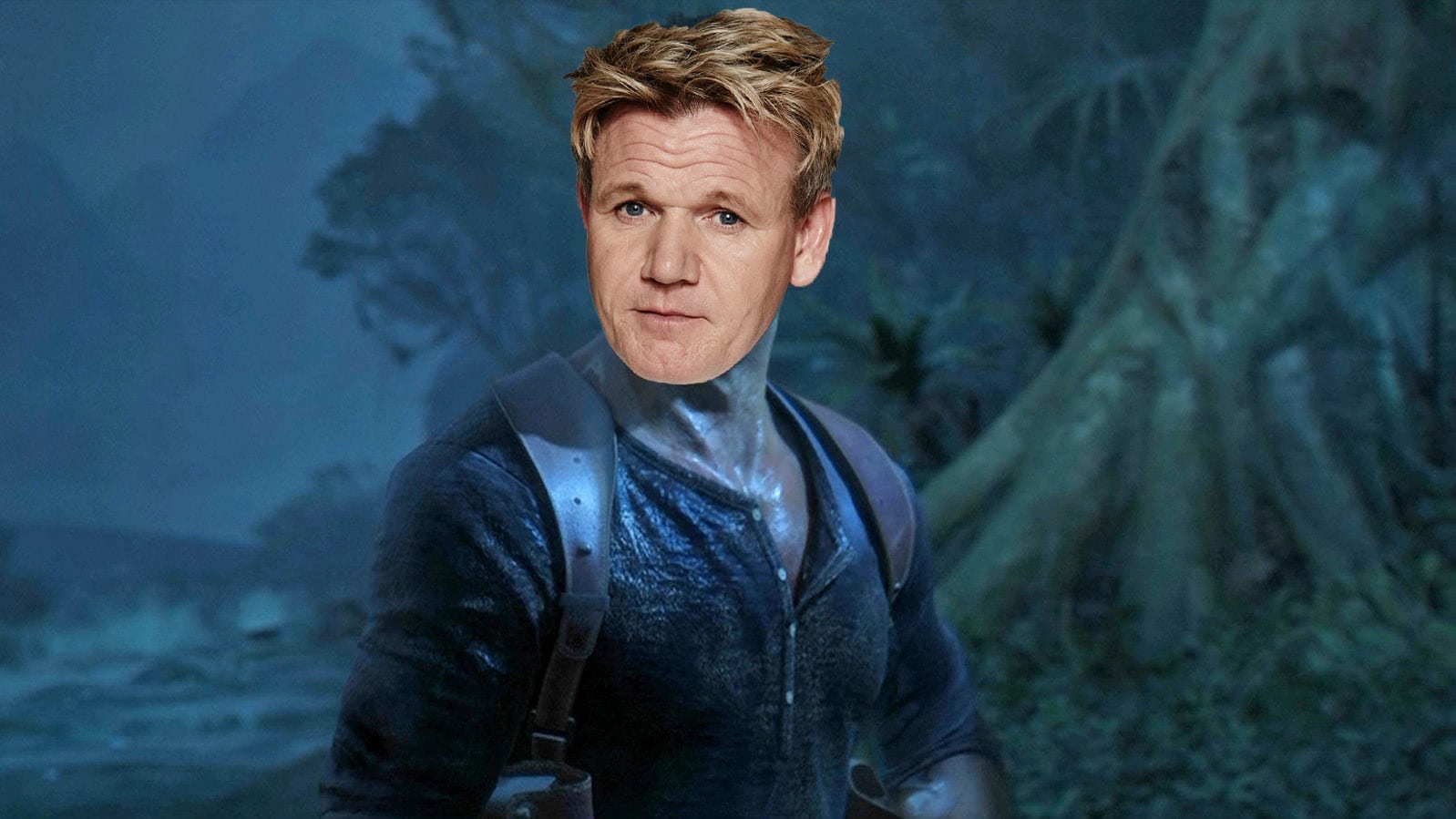 Nathan Drake is one of the most recognisable characters in gaming but he’s not exactly the first thing you think of when you hear ‘Gordon Ramsay.’ That might change in the future though, as the foul-mouthed celebrity chef has a new show with a VERY familiar-sounding name…

Gordon Ramsay: Uncharted has been revealed as one of the shows coming to Disney Plus, and the internet has had an absolute field day with the news.

Hundreds of people flocked to Twitter to make the same joke: that the upcoming Uncharted movie had replaced Tom Holland with Gordon Ramsay as Nathan Drake.

Another questioned why the celebrity chef has snagged the role of the globe-trotting explorer.

Social media is currently awash with a range of jokes about Gordon’s new show. If you’re having a bit of a glum day, I suggest you go cheer yourself up by reading a few right here.

Speaking of the Uncharted movie, GameByte spoke to Nathan Drake’s video game actor, Nolan North during MCM ComicCon Scotland this year, and we discussed a certain rumour that the iconic Bryan Cranston is being eyed to play potty-mouthed Sullivan.

“Bryan Cranston would be a fantastic Sully. I know, I’ve said this before, I think the direction they want to take is Drake in his 20s. And they’ll take some artistic license, and I love it, because don’t try and mimic what the games did,” Nolan tells me.

Travis Knight, who directed Bumblebee, is now in talks with Sony to direct the Uncharted movie.