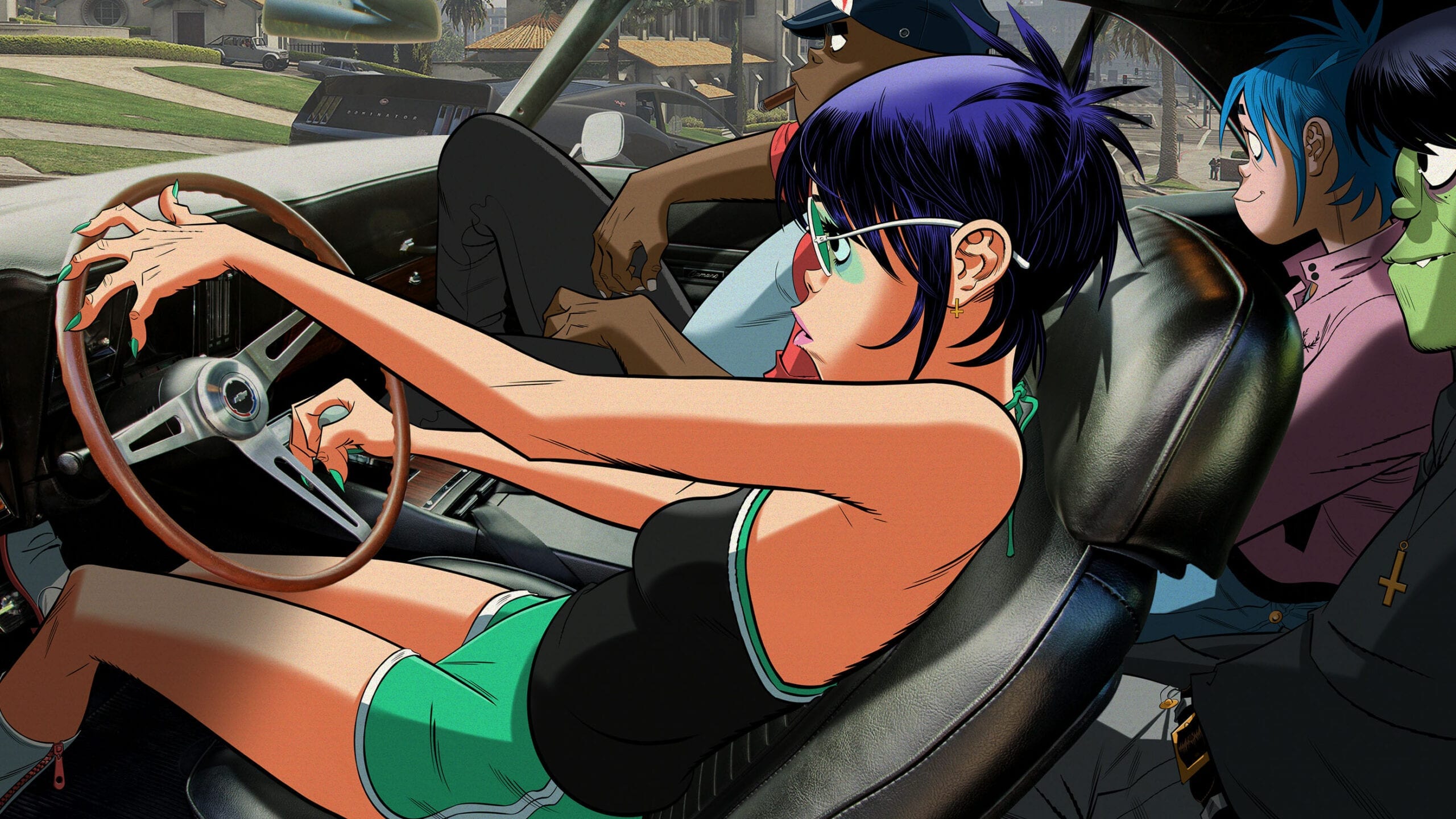 The latest music video from British virtual band Gorillaz is set in the world of the GTA 5 fictional city, Los Santos.

Gorillaz, which formed way back in 1998, are known for their wacky music videos and for thinking outside of the proverbial box.

However this latest music video takes their virtual music videos to a whole other level, and it seems to already be proving very popular as the video has reached just under 2.5 million views on YouTube at the time of writing.

Gorillaz is fronted by Damon Albarn of Brit-Pop band Blur, with the amazing artwork created by Jamie Hewlett. The band has collaborated with American musician Beck for the new track “The Valley of the Pagans”.

Beck, who is known for popular 90’s tunes such as “Loser” and “Where It’s At,” can be seen during the video in the bottom right-hand corner of the screen via the iFruit phone.

Check out the new video below!

In the music video the virtual band can be seen speeding through the streets of Los Santos and even achieving the law enforcement’s attention with a Five-Star Wanted Level.

Sadly however there are no guest appearances from GTA V protagonists (or antagonists depending on your perspective) Michael, Franklin or Trevor.  Which is a shame as it would have been awesome to have had a cameo from Trevor causing mayhem with the Gorillaz.

The Valley of the Pagans is the latest track to feature in the Gorillaz “Song Machine Collection” which is a twelve-month project which has not only brought us some awesome music videos but also some epic collaborations too.

In the iFruit phone just before Beck is selected from the caller-list we can see other musicians in the address book such as Elton John, Fatoumata Diawara, Moonchild Sanelly and Slowthai & Slaves, all of which have collaborated in the Song Machine Collection with the Gorillaz.

You can check out the track-list for the Song Machine Collection here.

Have you been enjoying the Song Machine Collection from the Gorillaz and do you like this GTA 5 inspired music video, or do you prefer Stormzy’s Watch Dogs: Legion vid? Let us know by reacting to our Emoji’s below.