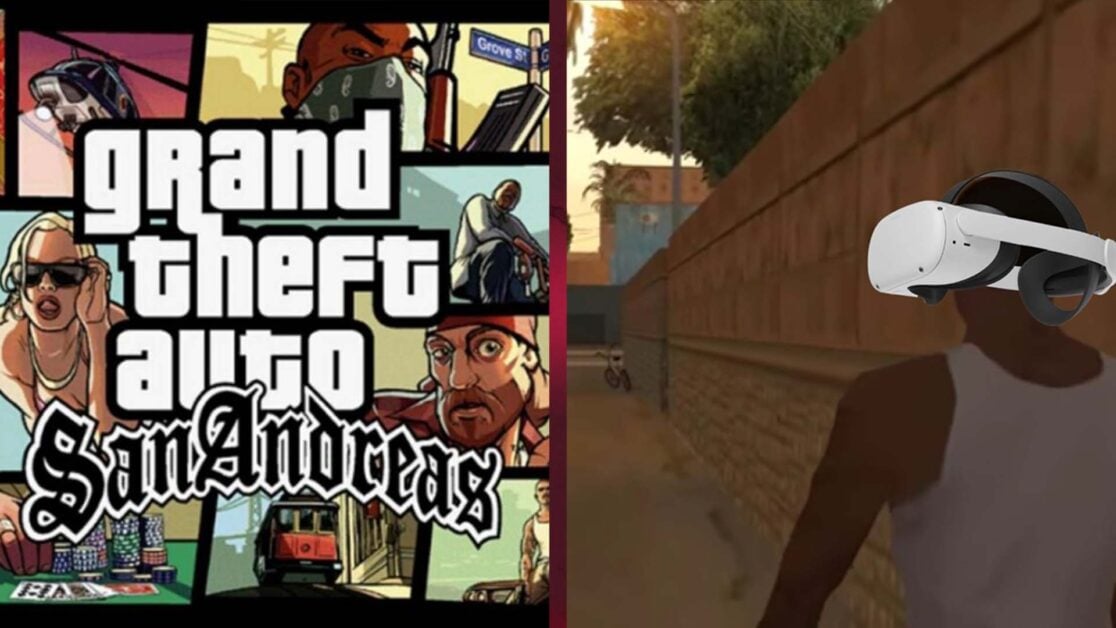 Grand Theft Auto: San Andreas is the next classic title that is getting the VR treatment and is coming to the Oculus Quest 2.

San Andreas was first released for PS2 in 2004, and it became one of the favourite titles in the iconic franchise. “Experience the iconic, open-world of Grand Theft Auto: San Andreas in an entirely new way,” says a tweet announcing the news.

“Get a new perspective on Los Santos, San Fierro, and Las Venturas as you experience (again or for the first time) one of gaming’s most iconic open worlds,” reads an Oculus blog post. “This is a project many years in the making, and we can’t wait to show you more of it.”

It’s not unusual to see the GTA series ported to multiple platforms, but this announcement has taken me by surprise. Recently we’ve seen Resident Evil 4 ported to the Oculus Quest 2 with a lot of success. However, GTA San Andreas is an entirely different beast. At the very least, it should make for an intriguing experience.

Currently, we have no launch date for GTA San Andreas on the Oculus Quest 2. That said, seeing as this game is “many years in the making,” hopefully development started a while ago and thus its release might not be far away.

In the meantime, we can always look forward to Grand Theft Auto: The Definitive Edition – The Trilogy which will release for PC, PlayStation, Xbox and Nintendo Switch on November 11th. Are you excited to play GTA: San Andreas in VR? Let us know across our social media channels.