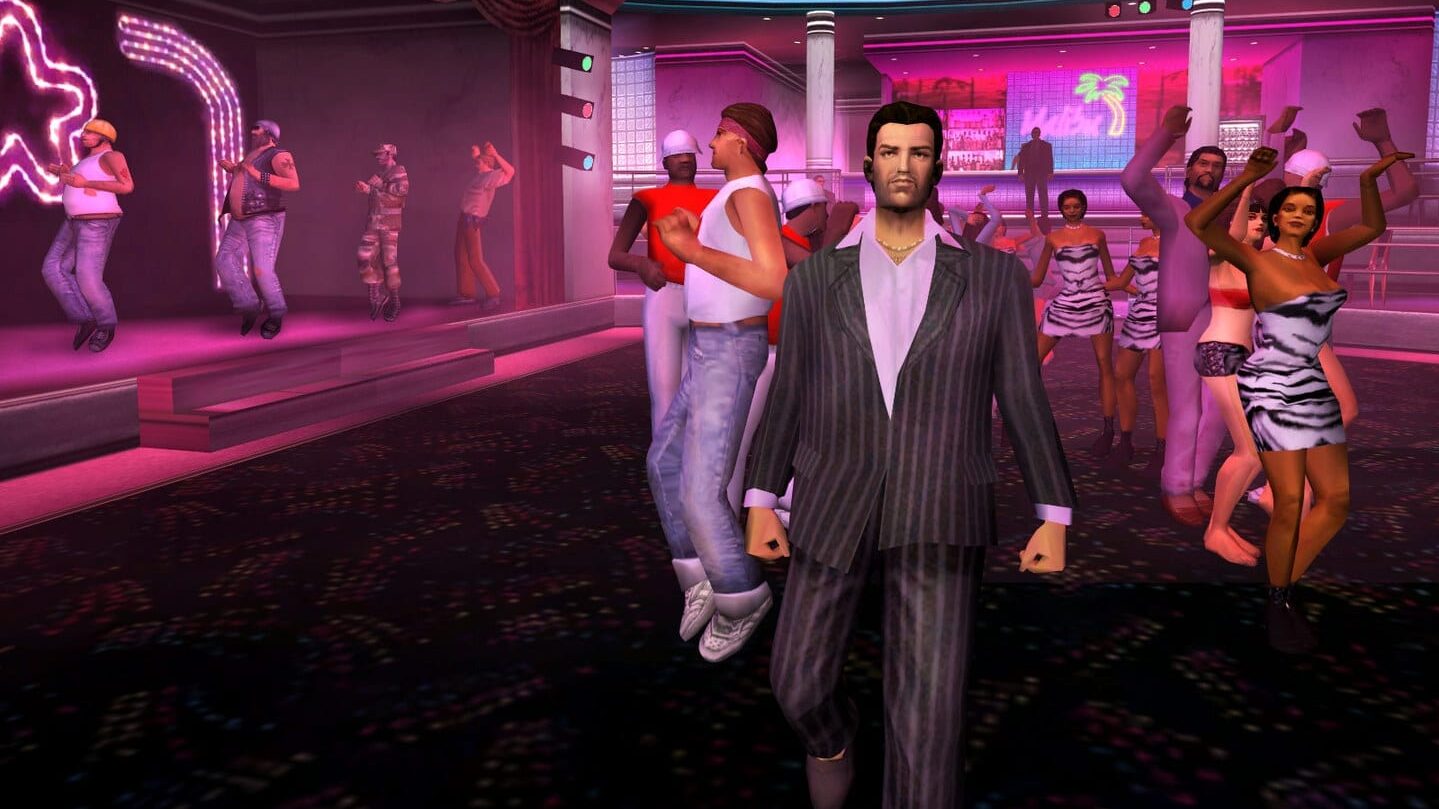 It seems that a recent GTA Online update has teased a possible return to fan-favourite location Vice City, suggesting it could be the location of GTA 6.

Rockstar Games is no stranger to teasing its player base, with every new update whether it be GTA Online or even Red Dead Online, there seems to be a new (potential) tease for GTA 6 at every turn.

Recently the biggest-ever update (or expansion if you will) was released for GTA Online in December with the Cayo Perico Heist. The update added a brand new island, weapons, missions and much more.

With each new content update, players are often rewarded with special cosmetic items to crown their achievement and it’s a recent reward which has caught the eyes of players and sparked excitement within the GTA community.

Players who took part in November’s 100 Billion Heist Challenge were rewarded with a special jacket for their efforts and it’s this very jacket that perhaps hints that GTA 6 might take us back to Vice City.

GTA: Vice City was released in 2002 and it is widely considered by the fans as the best in this iconic series.

It was a nostalgic trip of a game that saw mobster Tommy Vercetti go from rags-to-riches with a criminal enterprise in a city heavily inspired by Miami.

Not only did it have a lovable-yet-deadly antagonist in Tommy Vercetti, but the city was brimming with life and activities. It had a fantastic soundtrack and even references to iconic 80s mobster movie Scarface starring Al Pacino.

Going back to the jacket in question, a Reddit user by the name of Fabry06 shared images of the jacket which seems to have obvious references to Vice City.

Just at quick glance at the front of the “Panther Varsity” jacket shows it features a neon pink diamond with the number four.

Neon is a colour style that is very much associated with the 1980s, the decade in which GTA: Vice City was set, and it was also the fourth main entry in the series.

However it’s the back of the jacket which perhaps gives us the biggest indication that we will one day return to a new Vice City.

On the back of the jacket is the phrase “Hostes Ad Pulverem Ferire” which translates to “Pulverise the Enemy.”  This very phrase can also be found above an entrance of a courthouse-style building in GTA: Vice City.

A player responding to the post said: “At this point I am 100% convinced GTA 6 takes place in vice city. It’s just a matter of what time period(s) and if the game will have another South American or American city.“

Do you think that Vice City could really be the location and setting of GTA 6? Let us know across our social media channels.