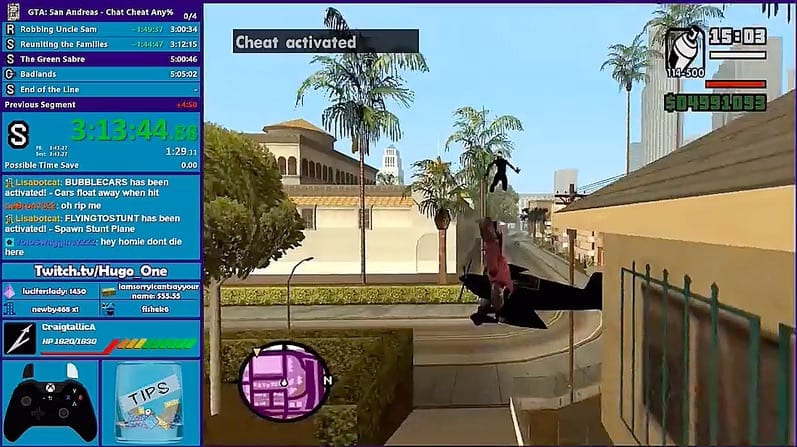 Speedrunner, Hugo One, recently attempted to complete GTA San Andreas. Which sounds simple enough. Until you add in the fact that he allowed his fans to activate cheat codes during his stint, which resulted in some hilarious results. 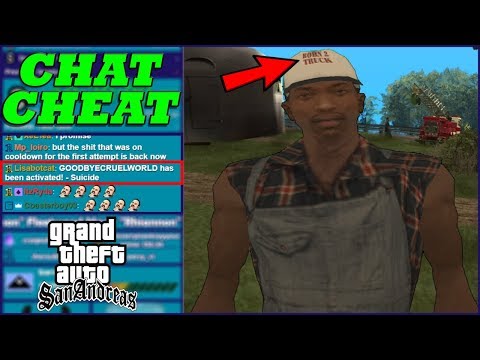 At one point, fans make him dress up in a gimp suit. At another point, he’s hit fully by an aeroplane. Honestly, ut’s great stuff.

Kotaku reports that during an end cutscene for a mission, the streamer said that his fans were responsible for “blowing it” – jokingly of course. However, a fan then activated a code that blows up all of the cars in the game. Including the ones in the cutscene. If that’s not perfect timing then I don’t know what is.

If you’re wondering how these codes were activated, Hugo One has a currency for his channel called Duckets.  Fans can earn these by watching his streams or donating to this channel. According to the streamer, viewers activated over 2000 cheats and spent over 10 million duckets during the 12-hour stint.