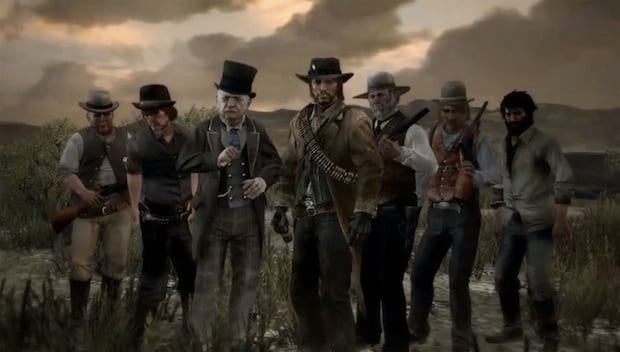 Get off my lawn! Erm, I mean, hello, I’m 52 and I’ve been gaming for 28 years. That officially makes me an Older Gamer, by any definition. If that’s you, you know all the reasons why older gamers are great to play with. We take a relaxed approach to gaming that allows progression while still giving people time to manage their other commitments. We have long memories and played All The Games when they were new, resulting in treasured experiences that we love to reminisce over. We are level-headed guildies, we share loot and we are patient strategists. Confident in this knowledge and because I don’t spend enough time with mature people, I set out to research some guilds, clans and communities for older gamers. Of course, I ended up joining one or two! You too can be part of a community of veteran gamers within hours or even minutes! Here are my top tips and picks.

OldGamerz is a UK gaming community targeting the over-30s. New members are regularly joining a total population of about 500 members and there’s a Discord channel that has 78 members online at the time of writing, a Saturday evening. These guys are really friendly and welcomed me right away, keen to know about their newest recruit. The very well-organised web forum shows that the OGs are playing a lot of Battlefield, Call of Duty, RDR2, World of Tanks and many more. There’s a regularly updated YouTube channel, with new content going up a few times a month.

TOG is an international community; the administrator on the Introduction thread in the web forum is in Australia. There’s a lower age limit of 25 although lots of members say they are much older than that. It’s clear from the branding that TOG sees itself as the premier meeting place for an international community of drama-free players with lives outside of gaming. There’s even a subgroup called TOG Tinder for single TOGs to meet and date each other.

TFMG have a Discord channel with about 60 members. Right now they are playing 7 Days to Die and The Division. They let me join Discord, no questions asked!

Other groups & resources for mature gamers

Old and Rubbish at Another UK group. O&R isn’t extremely active, judging by the web forum, but there are some signs of new members joining within 2019.

Veteran Gamers is a group of three British gamers. The web forum appears not to be currently active but there are around 450 podcasts which were uploaded as late as autumn 2018, so plenty of back content to look through.

Senior Gamers is mostly UK and European. Established in 2012, it looks as though it is still somewhat active today. There’s a well-organised web forum. The ‘about us’ page says the community is ‘mostly people over 25’ but a browse through the introductions thread showed people in their 40s and 50s.

Grumpy Old Gamers is British: It’s not an extremely active forum but there are signs of recent activity. Gaming is focused on the PlayStation 4. They’re playing Battlefield V, Rocket League and PU: Battlegrounds.

If none of these is right for you, try Looking For Clan, which helps people find the right guild for their tastes, hardware and play style. I had some interesting results by plugging words like ‘older’ and ‘mature’ into the search engine.

Do you only want to play specific games? Go to the official forum for your game of choice and ask there about guilds and clans of older gamers. I tested this out on the Battlenet forums and found dozens of World of Warcraft guilds which specifically welcome and wish to recruit players who are in their 30s, 40s and older. Reddit can be a great place to look for this type of information as well. One Redditor asked whether Warcraft would be suitable for his mom, who is 70. His concern was that Mom was too old to be taking abuse in pick-up groups and wondered whether she’d have an enjoyable experience. Top advice for Mom was to play on a role-playing server where gentler personalities congregate, and also to look up the Old Timers Guild which apparently has a high population of retirees.

Shirley Curry plays Skyrim. She’s 82 and her Youtube channel has 470k subscribers. She’s uploaded hundreds of videos and is a very active gamer and a well-known personality in the gaming community.

Twitch streamer Grndpagaming is a retired Navy diver who plays PUBG with no feeling in one arm.

RSGloryAndGold is a Youtube channel with 110k subscribers. It belongs to a magnificent greybeard called Tony who plays RuneScape. Fans say he is 64.

Want to stream? As Shirley shows, you can stream no matter how old you are. Streaming gameplay is obviously somewhat competitive and if you are much older than the average gamer then you have a point of difference and a competitive edge. It really is never too late and you can have an audience!