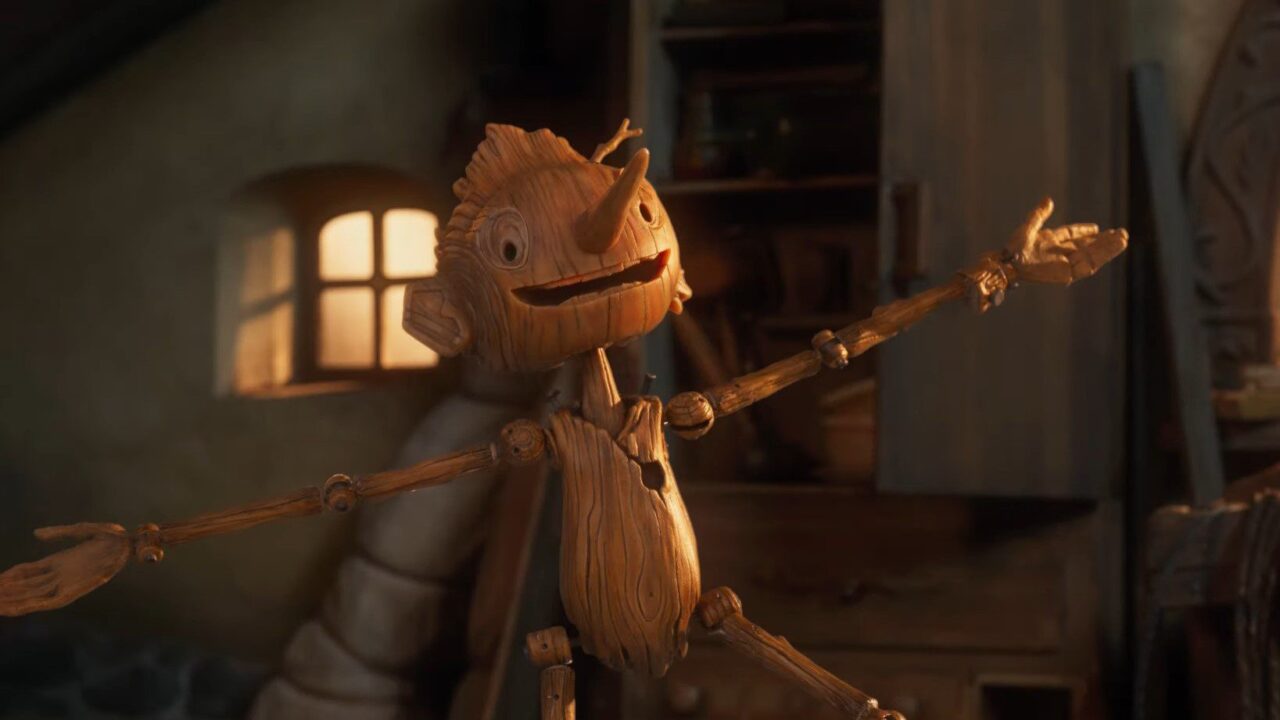 It’s been 14 years Guillermo del Toro’s Pinocchio was announced. The upcoming stop-motion musical fantasty film has generated various levels of intrigue as we’ve received updates over the years, being the Academy Award-winning director’s animation debut. After entering development hell and being put on hold, Netflix eventually revived the project. Years later, we’ve finally got a look at the first Pinocchio trailer.

With his vast experienced in telling wondrous fantasy stories at this back; like Pan’s Labyrinth, The Shape of Water, and even Hellboy to an extent; Del Toro was looking to bring a whimsical reinvention to the classic 1883 Carlo Collodi tale. From this 1-minute and 40-second teaser alone, we can tell the filmmaker has done just that.

A story of love and loss, Pinocchio follows the story of the namesake wooden marionette made by grieving woodcarver Geppetto, who’s mourning the death of his son, Carlo. Despite magically brought to life, Pinocchio isn’t what Geppetto thought he would be, as the movie takes us through his “mischievous and disobedient adventures in his pursuit of a place in the world”, as the trailer’s description reads.

Del Toro’s version of Pinocchio definitely appears to be a darker and more personal telling than the 1940 animated film many Disney fans will be familiar with. Nevertheless, it looks to definitely set itself apart with gorgeous story book-like animation, fantastic music, and great performances from the cast. The latter includes Ewan McGregor as Jiminy Cricket and David John Bradley as Geppetto – along with Christoph Waltz, Ron Pearlman, and Tilda Swinton.

The timing for this Netflix version is interesting too. Disney+’s live-action film, starring Tom Hanks, will be premiering on the 8th of September – just two months before Netflix’s hits select theatres in November, then streaming on the platform in December. A comparison by many viewers of both films is an almost-certainty.

What do you think of the Pinocchio trailer? Are you more excited for the Disney+ version? Let us know across our socials!