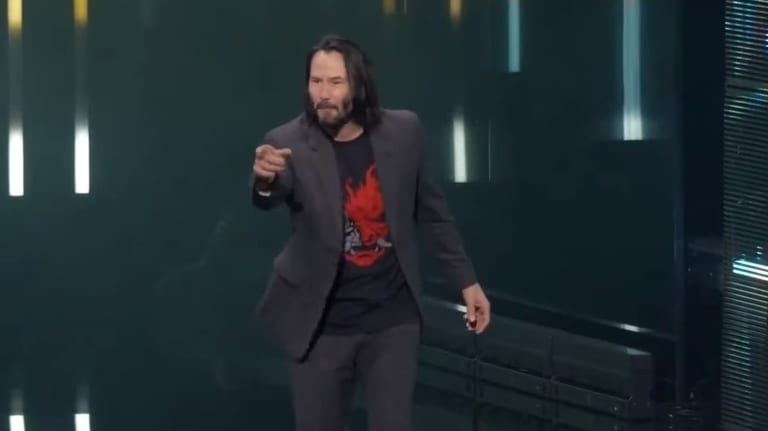 E3 2019 is already one for the ages thanks to the appearance of the iconic Keanu Reeves and the reveal of his role in CD Projekt Red’s Cyberpunk 2077.

Appearing onstage at E3, Keanu Reeves received a huge amount of applause from the audience, with one ‘heckler’ shouting at him: “You’re breathtaking!”

Reeves replied “No, YOU’RE breathtaking,” and thus the first big meme of E3 2019 was born.

The iconic moment has been making the rounds on social media, with people absolutely loving Reeves’ reaction and the very, very funny choice of words.

No-one seems to be more pleased than CD Projekt Red though, as the meme-in-the-making has only served to make Cyberpunk 2077‘s E3 appearance even more memorable, and so the company’s decided to thank the audience member in the best way possible.

Responding to the fan, who’s now changed his Twitter name to “Peter ‘Breathtaking’ Sark, the official Cyberpunk 2077 account said: “And it got you a free #Cyberpunk2077 Collector’s Edition on top! Check your DMs.”

Reeves will play a character named Johnny Silverhand. In addition to his appearance and voice, Reeves is also providing full-body motion capture for the character.

The game’s description reads: “In the most dangerous megacity of the future, the real you is not enough. Become V, a cyber-enhanced mercenary outlaw going after a one-of-a-kind implant — the key to immortality. Customize your cyberware and skillset, and explore a vast city of the future obsessed with power, glamour and body modification. The choices you make will determine the story and shape the world around you.”

Along with the reveal of Reeves in the game, we also got a brand-new trailer and – finally – a 2020 release date for Cyberpunk 2077.

Check out Keanu in the latest trailer below!