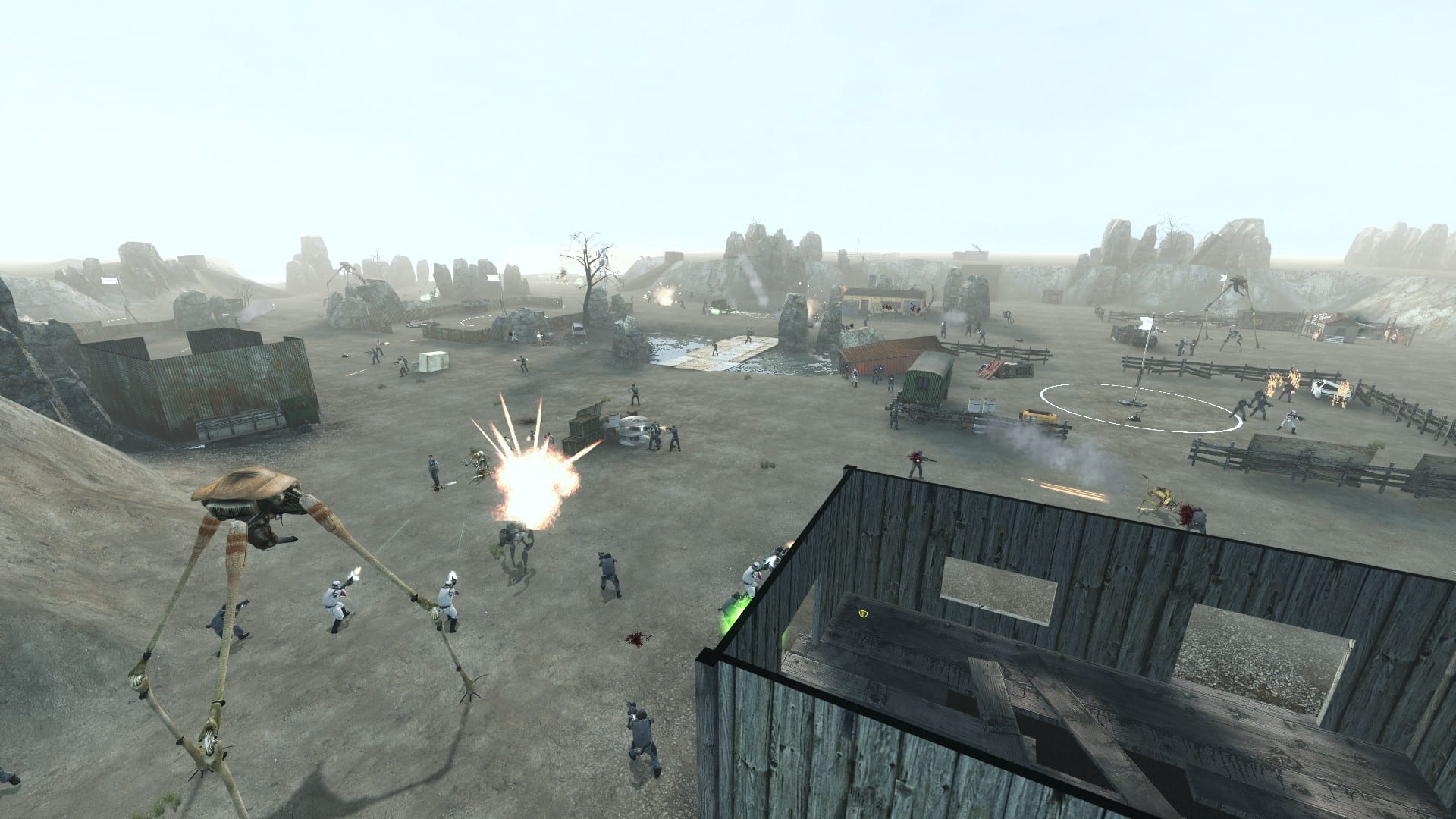 Lambda Wars, a Half-Life RTS (real-time strategy) game that has been in development for 13 years, has finally been released in full on Steam.

As noted by PCGamer, the mod’s development began back in 2007 before being released on Steam as a beta in 2014. The following synopsis can be found on the Lambda Wars Steam page:

“Lambda Wars is a free multiplayer Source Engine modification for Alien Swarm set in the Half-Life 2 universe that brings the war between mankind and their brutal Combine overlords to a traditional real-time strategy (RTS) setting. Lead the uprising as a commander of the Resistance or crush the rebellion as an overlord of the Combine, with both factions featuring a full host of units, abilities, buildings, research and defenses. Lambda Wars features full-fledged RTS gameplay and a robust RTS interface and is focused on multiplayer but strategic AI opponents and dedicated singleplayer missions are also included.”

The update was made via the game’s Steam Community page, in the form of a release statement citing the following:

“After all these years of development Lambda Wars has finally left beta! The project started way back in 2007 and has seen huge amounts of progress since then. Over the years Lambda Wars progressed from a proof of concept into a fully fledged assymetrical RTS game with Singleplayer, Co-op and Multiplayer gamemodes.

“Today’s update includes 4 new units, two new buildings, building remodels and a heap of bugfixed/balance tweaks. We can’t wait to see your try out all of these changes, be sure to share your experiences with Lambda Wars 1.0! We’ll be excitedly reading all your discussions about the update.”

Lambda Wars 1.0 features various new updates, including “lost” enemies from Half-Life 2, such as crab synth and mortar synth, both of which can be found in the game’s artbook. The mod is based on Alien Swarm, a top-down shooter by Value that is actually a remake of an Unreal Tournament mod (talk about mod-ception).

If you fancy having a go at this Half-Life RTS experience, you can do so via the game’s Steam page.