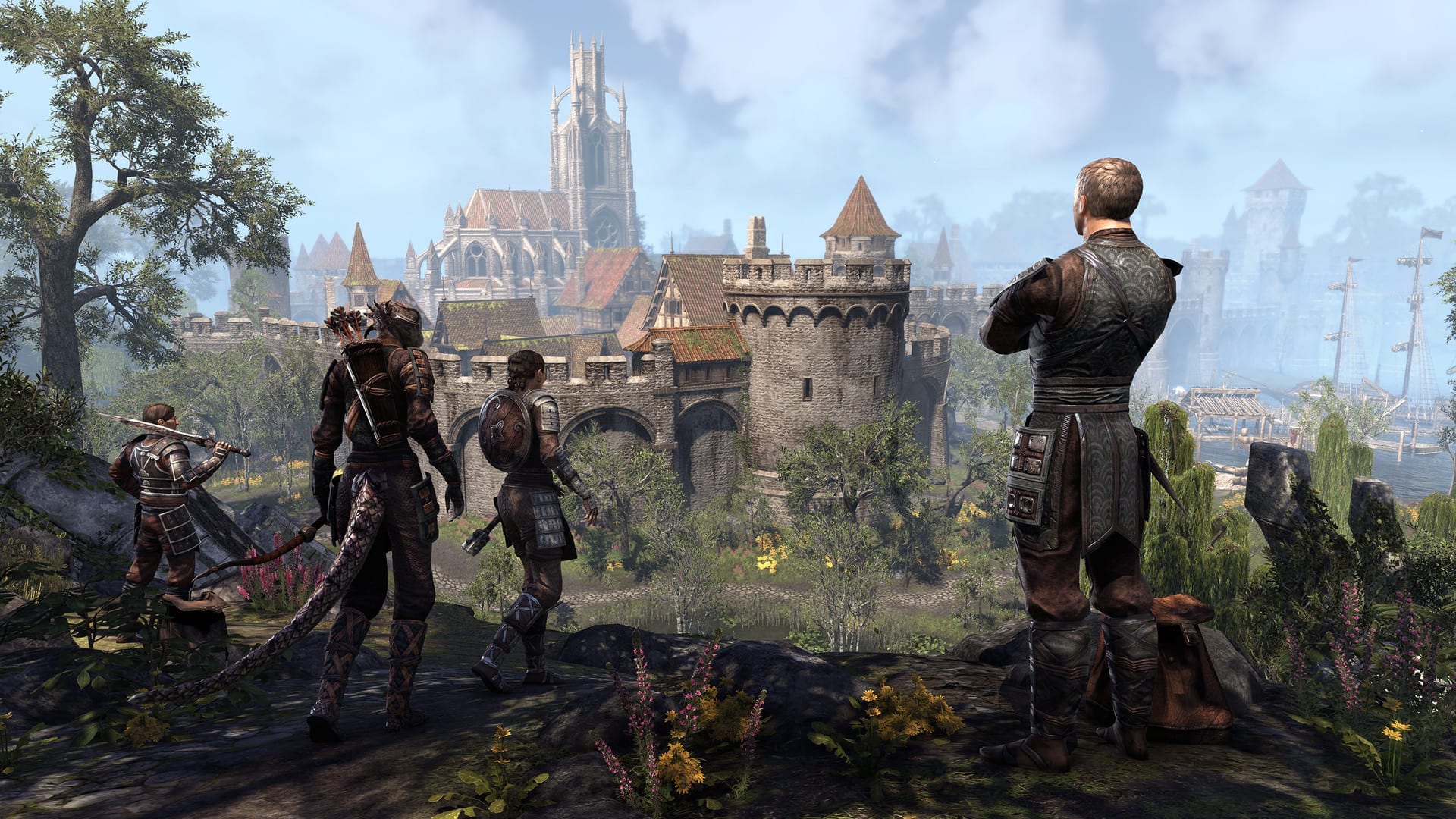 Fans of the series will be well aware that last year featured a dark, gothic storyline that focused on learning the history and lore of Skyrim. This year, Blackwood is focusing its efforts on becoming “familiar, yet different“. Gates of Oblivion is set 800 years before the events of The Elder Scrolls 4, inviting players to uncover the schemes of the Daedric Prince Mehrunes Dagon.

The team behind The Elder Scrolls Online revealed that one of their favourite things to do is bring back characters that resonate with the community. Long-term fans of the series will get a kick out of seeing returning characters, such as the wood elf Eveli and the Deidra Lyranth from the base game. Some locations also make a return – Leyawiin is one of the major hubs, but the swamps have receded a bit. Gideon is back for the first time since 1994 as a hub world. It’s this level of care for the lore of the universe that really impressed me.

But Blackwood certainly isn’t just a rehash of old ideas. This isn’t just a prequel, it’s the developers’ “own take” on things. Playing through, I could feel the amount of love that had gone into every detail. With its incredibly rich lore, this will certainly be a treat for fans.

The Elder Scrolls Online definitely plays more or less the best of all MMORPGs, at least to my taste. Whilst it’s true that it’s not fully Elder Scrolls, I find it much more involved than some of the classics.

One of the biggest changes to the gameplay mechanics is the introduction of companions. There’s a lot to say about this fun addition, which allows you to have some form of raiding party while playing solo or through the story. Companions are well-written and interesting, so much so that I found myself seeking out companions based on how they interact, rather than just their skills. They can “die” in dungeons, but once a battle is done they’ll be restored.

I was especially fond of the rapport system, which reflects how much your companions like you. Each companion has their likes and dislikes based on personality. I won’t spoil too much, but this mechanic, alongside levels, will be important.

At the event, it was asked if companion romance would be included. It was clarified that this feature would not be present “at launch”, which led us to believe it could potentially be included later on. It was unclear whether same-sex relationships would be included in this – the developers claimed that “We have gay people, we have straight people, we have trans people, they’re just a part of the world“.

We also saw a bit about new world events, such as Oblivion Portals. This year they’ve done things a bit differently – the Oblivion Portals won’t be visible on the map. Instead, they’ll spawn randomly throughout the region of Blackwood. Players must fight their way to their heart, and shut down these mysterious Daedric constructs, before Tamriel is engulfed in flame.

Veteran fans of the series will also be glad to hear that there’s a new trial: Rockgrove. This is a brand new 12-player ‘full’ trial which sees the players retake the village of Rockgrove from Daedric-worshipping Argonians before they can call forth Mehrune Dagon’s great army. The team has “taken a lot of lessons learnt” from previous challenges, which should prove to be an interesting development.

TL;DR OF THE ELDER SCROLLS: BLACKWOOD

With over 30 hours of questing and quality of life improvements, such as the official introduction of the fan-made action duration reminder, The Elder Scrolls Online: Blackwood is going to be a welcome addition to the Elder Scrolls Online universe. We really enjoyed our time spent in Blackwood, discovering the all-new stories, quests, monsters and challenges. Blackwood needs heroes to stand against Oblivion, and we certainly can’t wait to play more!