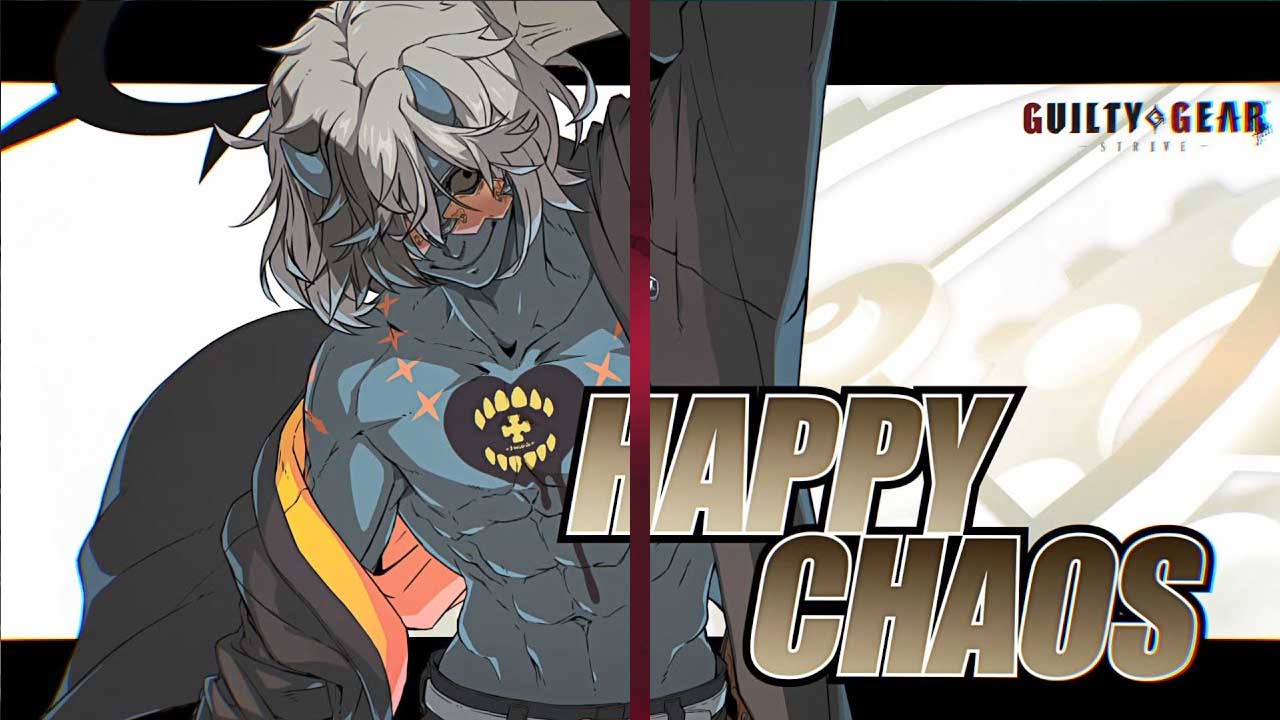 Arc System Works revealed on Sunday that Happy Chaos would be the next DLC character coming to Guilty Gear Strive.

Happy Chaos was shown off in a trailer released on Arc System Works’ official YouTube channel. The “gunslinging broken messiah” will be coming out on December 3. But if you own the season pass, you’ll be able to play the character from November 30.

Happy Chaos being the next DLC character isn’t the only Guilty Gear Strive news. Room customisation is always coming, meaning you can decorate match rooms. Apparently there’s over 500 items to decorate with, and can be acquired via the fishing mode.

It seems that the character will have some long range options, as his fighting style revolves around a revolver. It’s likely he’ll fall under the ‘Shooting’ category alongside Ramlethal. Though really this just means he’s a Long Range character.

But Arc System Works seems to distinguish between Shooting and Long Range, as Axl Low is the only Long Range character. Happy Chaos also seems to be able to summon some kind of clones, similar to Chipp Zanuff. He also seems to be quite slow as a character, so hopefully his presumed long range attacks will make up for that.

While a character breakdown hasn’t been shown off yet, it’s likely to come in the next few days. Typically Arc System Works announces a character, then releases a breakdown trailer a few days later. Happy Chaos is the third of five DLC characters added to Strive. He’s the second brand new playable character to the series, following Goldlewis, the first DLC character. Jack-O was the second DLC character added to the game, a fan-favourite and Guilty Gear series veteran.