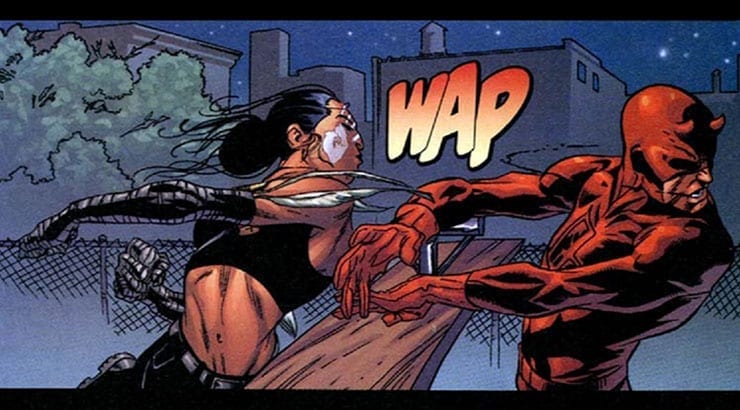 A Hawkeye TV series spin-off is currently in the works, and it’s set to feature Echo, a deaf Native American character known from the comics.

The show is coming to Disney Plus and features the character Echo as a protagonist. The Native American superhero is a supporting character in the Daredevil comics, and is one of the only deaf characters in the franchise.

Echo can mirror another person perfectly, which means she can perfectly emulate her opponents during combat. The superhero has crossed paths with Daredevil, Moon Knight and The Avengers during her adventures and has ties to Hawkeye that have been referenced in the MCU.

At the beginning of Avengers: Endgame, we see a roguish version of Clint Barton, who goes by the name of Ronin. In the comics, the title of Ronin is originally held by Echo but is later passed on to Hawkeye.

While the name is just an alias, it does bridge the gaps between the comics and the MCU, especially when it comes to Echo and Hawkeye. Better still, the show could ties together various other franchises, such as Daredevil and Moon Knight.

Etan Cohen and Emily Cohen are apparently on board as executive producers and will also play a role in writing the TV show. The information comes from sources close to the project, who shared their information with Variety.

Alaqua Cox is picking up the role of Echo, real name Maya Lopez, in the show. Cox is also joining the cast of the existing Hawkeye series, where the character will debut.

Hawkeye is coming to Disney Plus in 2021, so we’ll likely hear more about a potential spin-off after its release.

Are you looking forward to seeing Echo in this new Hawkeye spin-off?