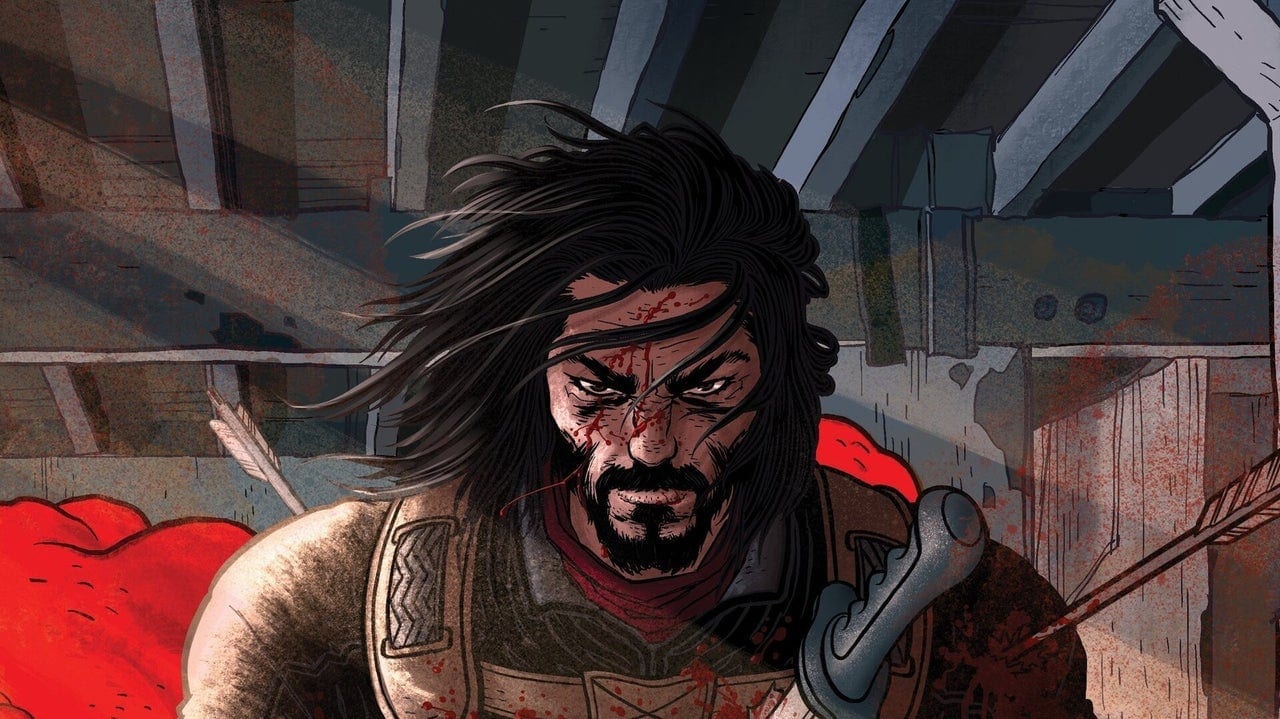 Hollywood superstar Keanu Reeves is to star in a live-action movie and animated series based upon his own comic book series, BRZRKR.

BRZRKR is a 12-issue comic book series created and written by Mr. Reeves with Matt Kindt, with the illustrations drawn by Ron Garney.

The story of BRZRKR follows the tale of an immortal warrior who is said to “fight his way through the ages” and by the looks of things, he would more than give John Wick a run for his money!

The comic book series was only published this year on March 4th, but now it’s getting its own live-action movie and animated adaptation thanks to Netflix.

The BRZRKR news was announced by Netflix on Twitter.

“Exciting news!” said Netflix in a tweet. “Netflix is developing a live-action film AND follow-up anime series based on Keanu Reeves’ BRZRKR, a brutally epic saga about an immortal warrior’s 80,000-year fight through the ages.

“Reeves will produce and star in the film, and voice the anime.”

Then the various Netflix Twitter accounts followed up this announcement with a series of informative tweets of their own.

In related “breathtaking” Keanu Reeves news, speculation was making the rounds back in February the actor is rumoured to play Kraven the Hunter in a future Spider-Man movie within the MCU.

Keanu Reeves is also set to continue his role in the brutal action-movie series John Wick, with John Wick 4 expected to release on Memorial Day Weekend next year.

Are you looking forward to watching the BRZRKR live-action movie and animated series on Netflix? Perhaps you’ve been enjoying the comics? Share your thoughts across our social media channels.