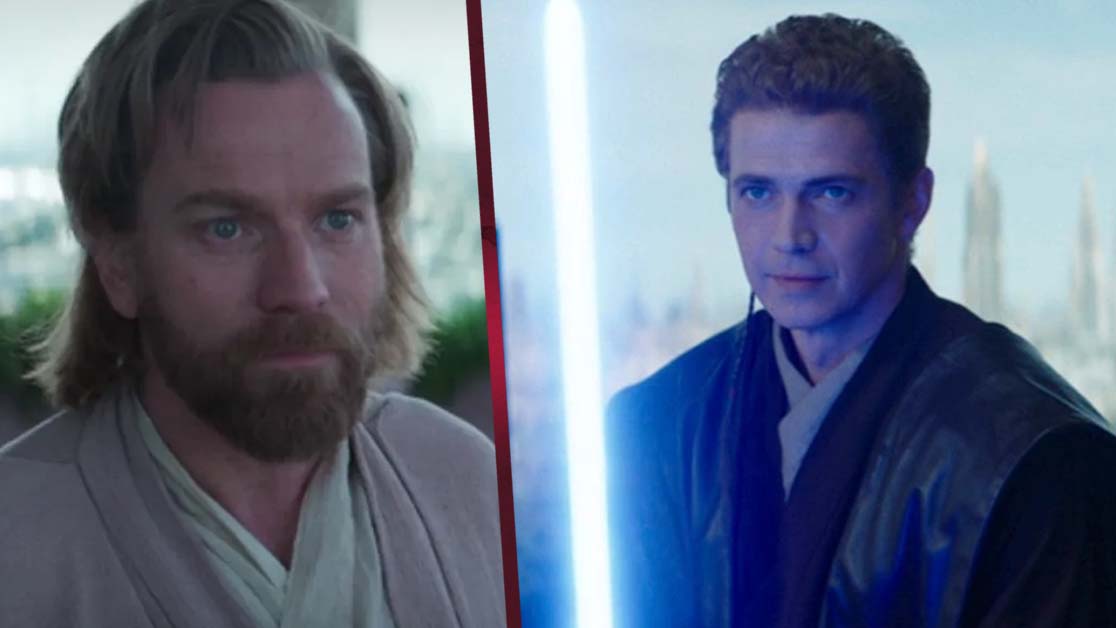 Actor Hayden Christensen has admitted his “most fun” filming moment of the Star Wars saga. The revelation comes during an intimate discussion with Ewan McGregor.

Christensen takes a trip down memory lane with McGregor in a video posted via the official Obi Wan Kenobi Twitter account. The clip features flashbacks to the actor’s time filming Attack of the Clones and Revenge of the Sith. In the video, the duo also reveal their thoughts on the new Disney+ Obi Wan Kenobi series.

Christensen, who returns to Obi Wan Kenobi as Darth Vader, tells McGregor “I remember my first shot [Attack of the Clones], my first time working with you, picking up the lightsaber for the first time. So many great memories. It’s hard to pick a favourite.”

While Christensen doesn’t pinpoint his most treasured moment, he does announce his most enjoyable experience of filming.

“Of course, when we got to Episode III and we had our big fight against each other. That was the most fun for me,” Christensen says. “I think we both took it really seriously. We were having so much fun but it was really intense and rewarding.”

Following this, the pair turn their attention to their return to the epic space saga. In the video McGregor says, “It felt so good to come back to it [filming the Obi Wan Kenobi series] didn’t it? It really did.”

Christensen apparently shares the same sentiment. “When I got the call that I was going to get to come back with you – reunite as these characters – it was mindblowing”.

The video was posted to Twitter following the fifth Obi Wan Kenobi episode being released via Disney+. The episode (titled ‘Part V’) is described by GamesRadar as the moment that “makes the entire show feel worth it”.

The final Obi Wan Kenobi episode will reportedly be titled ‘Part VI’ and will air on the streaming service on Wednesday, June 22.