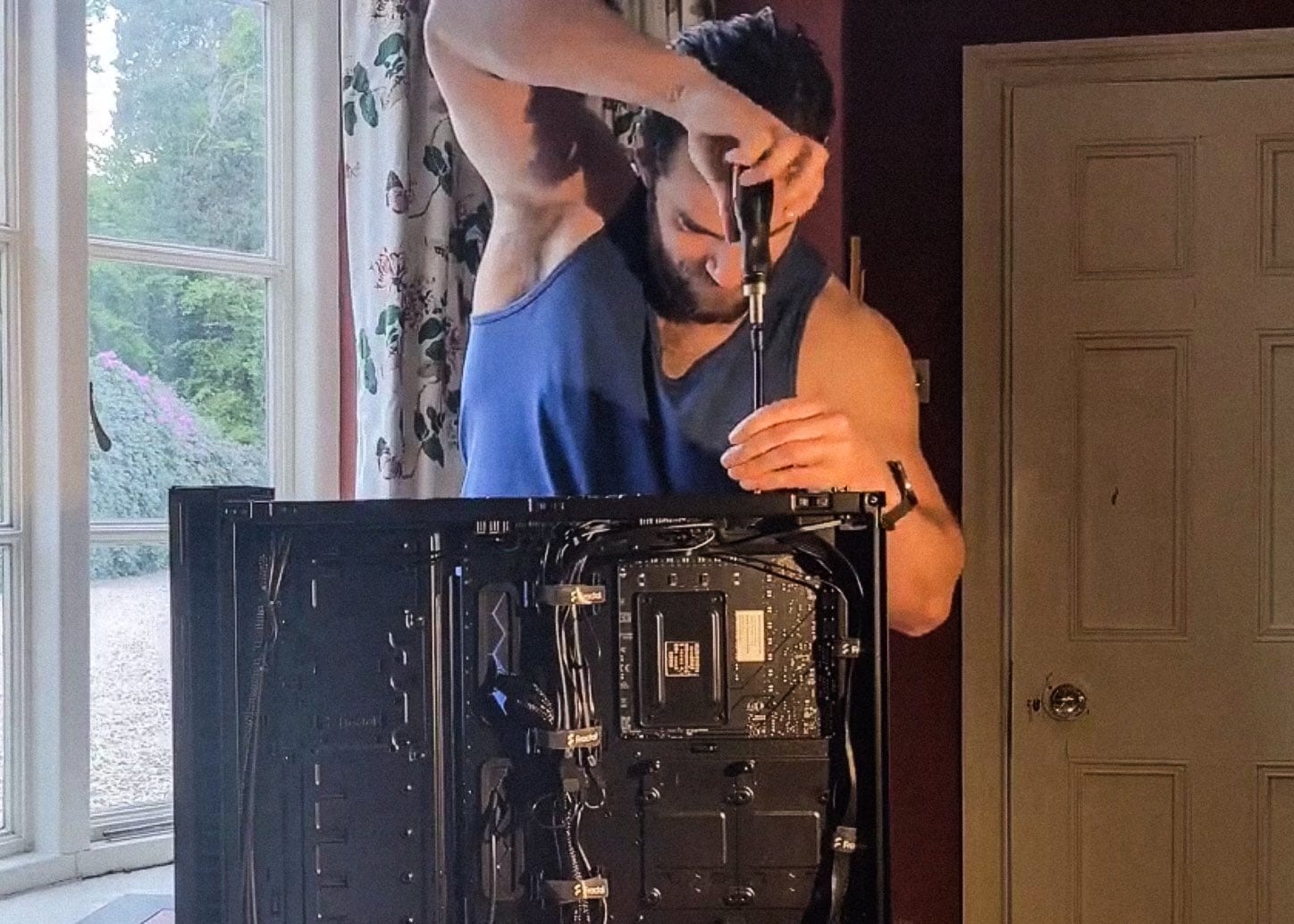 Henry Cavill broke the internet yesterday after the star shared an Instagram video of himself building a PC. The five minute video went viral within hours as the internet was simply unable to cope with the *checks notes* “level of thirst” from gamers.

In case you missed it, check out the video below.

This kind of material isn't for everyone….viewer discretion is advised. You may see a lot of parts that you haven't seen before. #PC #AllTheParts #AllNightLong

We all know by now that The Witcher star isn’t just a fantastic actor, but also an avid gamer and painter of Warhammer miniatures. Frankly, it’s not surprising to see Cavill’s also a dab hand when it comes to building a PC.

The internet was less impressed with his PC building skills than his muscular physique though, leading to the star’s name trending across social media. Here’s just a handful of tweets on the matter:

It seems that Cavill – and his muscles – can do no wrong!

In related news, the Geralt actor recently spoke with Vanity Fair, discussing how he copes with fan criticism, especially when it comes to his performance in The Witcher. Cavill admitted criticism is something he looks for so that he can continue to better himself.

“For me, it’s vital to go about and read,” he explained. “I’m on all the Reddit forums. I’m reading all the reviews. I’m literally trying to get everyone’s information. Some of it is not useful, and other criticisms are incredibly useful. I take it all in, and I look forward to bringing it even closer and closer to [The Witcher creator Andrzej] Sapkowski’s writing.”

The Witcher season two is set to begin filming soon.