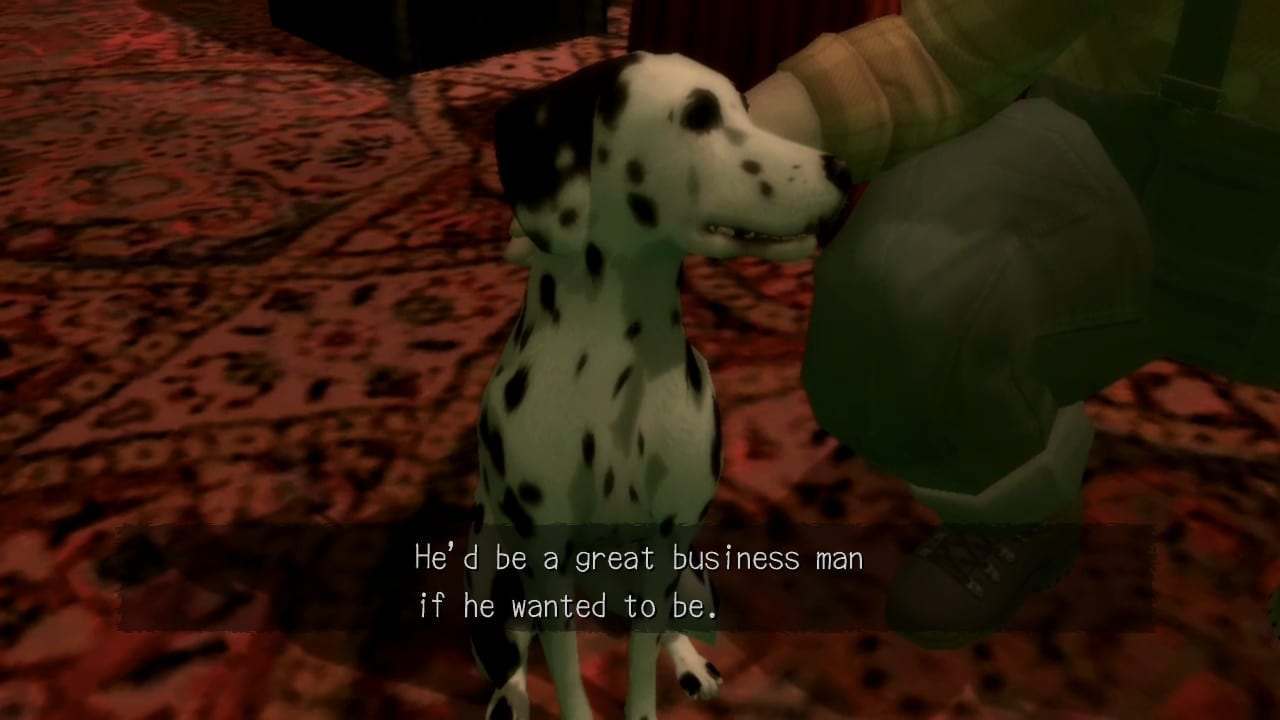 Dogs are the best part of daily life and they’re also the best part of a lot of video games. When it comes to the goodest boys (and girls) in games, there’s some that will forever hold a place in our hearts.

Capcom’s iconic survival horror game, Haunting Ground, is a classic for one reason – Hewie the dog.

Hewie is a seminal part of your adventure in the creepy old mansion you find yourself in during this PlayStation 2 scare-fest. He warns you when enemies are near, he’ll help you locate items and he’s also pretty good at attacking. 10/10 goodest boy.

When it was revealed that you could play as Wolf Link in Nintendo’s Legend of Zelda: Twilight Princess, not everyone was a fan as it seemed a strange move for the series.

However, Wolf Link proved himself to not only be very, very good, but also an actually useful and fun character to control.

Wolf Link was so popular he actually made an appearance in the Nintendo Switch’s Breath of the Wild...if you had the amiibo. He’s also great at doing an AWOOOO at the full moon.

Amaterasu is the iconic white wolf of Capcom’s video game Ōkami. Based on the actual Amaterasu in Japanese mythology, she’s a helluva lot more than just a cute pooch, and is one of the most beloved doggos in gaming.

Okay, okay, maybe Far Cry 5‘s Boomer who should be flying the flag for the series, but I have a huge soft spot for New Dawn‘s Timber.

Timber looks horrified when you perform daring stunts in vehicles which is a highlight of the game. He also sits in a sidecar next to you and is v. good, all the time. Love you, Timber!

Fallout 4‘s Dogmeat is one of the greatest companions in a video game. Dogmeat has nothing but unconditional love for you, and you can deck him out in a range of very cool/cute outfits/armor.

Undoubtedly one of the best parts of Fallout 4, Dogmeat is an icon for the ages.

Just like Dogmeat, Riley is the only companion you need in Call of Duty: Ghosts.

A member of the US Special Operations unit, Riley will help you out by sniffing out explosives and following your attack commands. He’s a very, very good boy.

Silent Hill 2 is one of the best games ever, only made better by the secret ‘Dog ending’ of the game.

To meet Mira the Shiba Inu, you’ll need to pick up the dog key at the Lakeview Hotel and enter the observation room on the third floor after watching the video tape.

Mira is seen running a large computer panel and listening to SH track “In My Eyes.” The joke here is that “dog” is “God” backwards, and this non-canon ending has Mira basically running the show.

Credits roll with a silly song sang by barking and growling dogs. Mira is everything.

Without going too deep into the plot of Deadly Premonition, Willie is the pup of character Forrest Kaysen. Not only does he play a fairly impressive role in the game, but he also helps you on your quest to solve the town mystery. There’s even a section where you chase him around an art gallery. Is he good? Yes. He’s good.

The rockstar of Animal Crossing: New Horizons might only appear once a week, but we all have a shrine of his record albums in our homes. He’s musical, he’s magical, and he’s a mainstay of the AC series. We love you, K.K Slider!