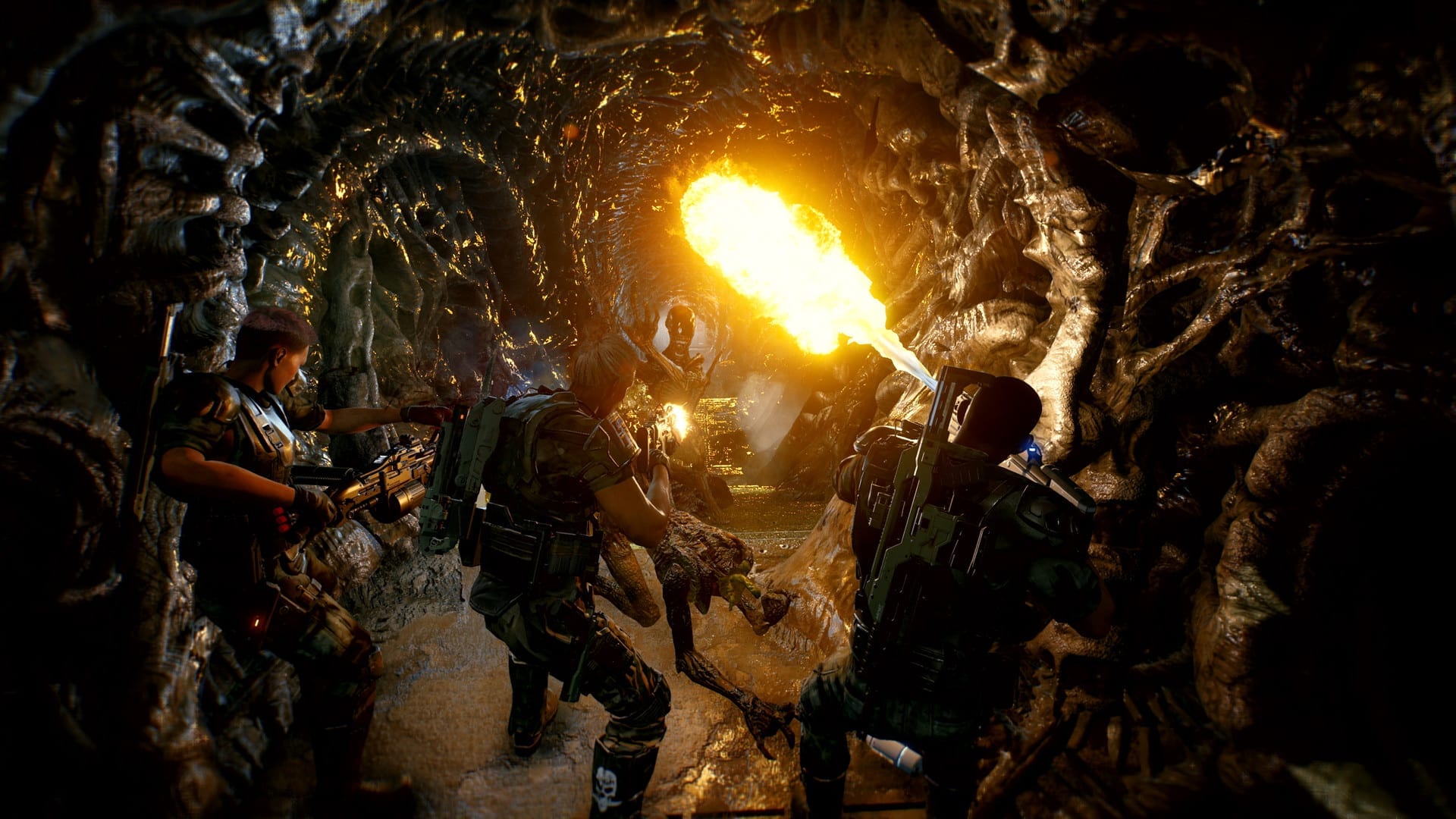 Aliens: Fireteam was announced out of nowhere like a pouncing Facehugger. The game will require you and two other friends to survive hordes of Xenomorphs, with soulless android humanoids thrown into the mix. The game will also feature fan-favourite locations from the movies.

We also learned that they’ll be some new Xenomorph types not seen in the movie franchise before. We didn’t know what those types would be, that was until now.

Thanks to a feature from IGN, the developer of Aliens: Fireteam, Cold Iron Studios, has shared six of the new Xenomorph types that we’ll have the privilege of getting to know.

If you’re used to co-op shooters such as Left 4 Dead, you’ll probably know what many of these enemy types will do just by looking at their names.

Runners: This Xenomorph is perhaps quicker than most types and will especially come at you in packs. They’re said to circle the players, giving the other aliens an opportunity to blindside you.

Bursters: These are very common enemy types in most co-op shooters. Much like Runners, the Bursters will run at you, but they will explode when they get near to the player, spraying lethal acid blood.

Drones: The Drones look to be of the more traditional Xenomorph variety. They will hunt you from the shadows rather than coming at you head-on.  They’re also likely to attack you from the air vents above, so be aware!

Praetorians: The Praetorians have a resemblance to the Queen alien, but are smaller. These are perhaps what you might refer to as the tank-type enemy. They’re larger, stronger, and take more damage. They also have a bulletproof layer on their heads, so normal bullets might not work against this Xenomorph.

Prowlers:  This Xenomorph looks similar to the dog-type that featured in the movie Aliens 3. It is said that these fast aliens like to attack from close range and knock the player on the floor, leaving you open to a more deadly attack.

Spitters: Guess what this Xenomorph does? Yes, that’s right: it spits its lovely acid blood at your face. This enemy type is also quite common in the co-op shooter genre, with this particular socially distant Xenomorph attacking players from long range.

Aliens: Fireteam will release for PC, PS4, PS5, Xbox One, and Xbox Series X|S this summer.