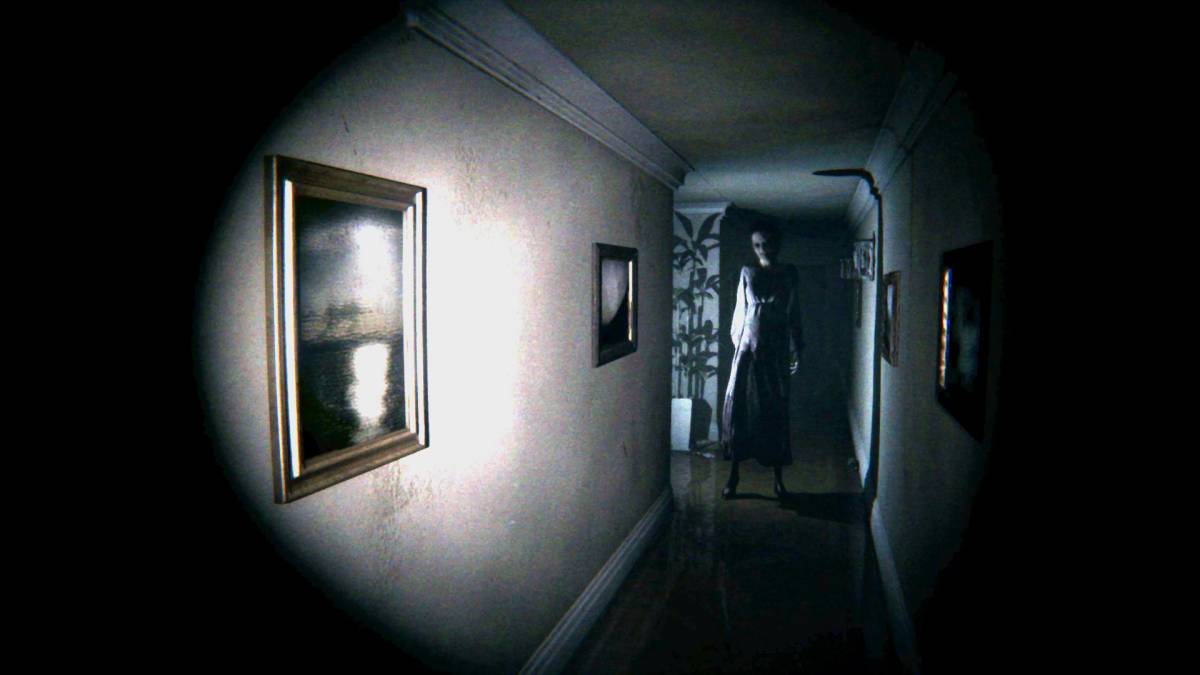 We’ve all been there before: a new and awesome game gets announced, we can’t wait for it to release, but then it goes very quiet. Suddenly it’s been a year, maybe two since we’ve last heard anything of that game we are looking forward to so much. Then we finally get an update, sadly, not the update that we were hoping for, as that awesome game has been cancelled! Here’s our list of eight cancelled video games that still make us cry.

As always, this is a subjective list of just eight games, there are loads of games that I wanted to add to my list, so many of my (painful) favourites never made the cut. So be sure to sound out the cancelled games that still make you cry in the comments of our social media channels.

When P.T arrived on the PSN Store during a surprise reveal at Gamescom 2014, it sent the internet wild when fans realised that it was in fact a playable teaser for Silent Hills. The game was to be created by Hideo Kojima with Guillermo Del Toro on the development team, and would star The Walking Dead’s Normal Reedus as its lead protagonist.

P.T itself (which stands for Playable Teaser) wasn’t just a game demo, but one of the scariest experiences that gamers have ever encountered. Just the mere thought of this being the tip of the iceberg for what would be a new Silent Hill game gets me sobbing.

Silent Hills was to be the rebirth of the iconic survival horror series, but following the much-publicised troubles between Konami and Hideo Kojima meant the plug was pulled. As quickly as P.T appeared on the PSN Store, Konami removed it and cancelled Silent Hills entirely. RIP.

I know the original Prey wasn’t the best, but it was still fun and had an interesting enough concept with being abducted by aliens and then taking the fight to them. And to be fair, while the 2017 reboot of Prey wasn’t perhaps the commercial success that Bethesda was hoping for, it too was also a decent game in its own right.

Unlike the original’s protagonist of Domasi “Tommy” Tawodi, a Native American unpowered by his spirit guide, the original concept of the sequel was to follow on from the first games events, but would now star a new hero – U.S Marshall Killian Samuels.

After an alien encounter and a loss of memory, Killian would have found himself living in an alien world called Exodus, making use of his military skills (he would have been a bounty hunter in his new life).

Prey 2 was to feature an expansive and vibrant alien world and would also feature Tommy from the original. But despite being announced in 2006, being passed from developer to developer and Bethesda announcing that it’s still in development in 2011, they then cancelled Prey 2 in 2014. Gameplay had seemingly good enough to show-off, sadly, I don’t think we’ll ever see this game again.

Eastern video games are having somewhat of a resurgence over here in the west thanks to the likes of Monster Hunter World, the Persona and Yakuza series (to name but a few), but sadly Scalebound won’t make an impact.

Scalebound, which was set to release on Xbox One and Windows PC, could have had huge potential if it wasn’t cancelled in January 2017. Scalebound was to be developed by PlatinumGames, the folks that brought us the Bayonetta series, suggesting we could have been in for a real treat.

What we saw of Scalebound during E3 2014 was pretty awesome and certainly got many fans excited at the epic boss battles that this dragon inspired hack and slash/RPG hybrid would bring, which made its cancellation all that more disappointing. However, could this really be the last we’ll see of Scalebound? After all, Nintendo did save PlatinumGames’ other darling in trouble, Bayonetta 2, by bringing it to the Nintendo Wii U as an exclusive in 2014. I certainly hope we might see more of the same!

If it wasn’t bad enough that we had the Boba Fett-centric Star Wars 1313 from LucasArts cancelled in 2013, we also said goodbye to the Star Wars title from EA’s Visceral Games. While not a proper cancelled video game, this project was respun in Star Wars: Fallen Order, so we’re still putting it on this list of cancelled games which make us cry.

The game may not have been cancelled outright, but certainly the original concept has been scrapped and started again from scratch. The Star Wars title from Visceral was to be a linear gameplay experience, perhaps to the likes of the Uncharted series in some respects and would have a strong narrative. And with former Naughty Dog head writer and creative director Amy Hennig leading the charge, this Star Wars tale featuring a rumoured a smuggler as it protagonist had so much potential.

One of the reasons that EA gave for the complete restructuring and the swap to Star Wars Jedi: Fallen Order was a concern that a narrative-driven game wouldn’t keep players coming back for more. It sounded a lot like EA wanted Star Wars to get in on The Division and Destiny markets, before changing course with Jedi: Fallen Order.

Star Wars Jedi: Fallen Order was a fantastic game, but it won’t stop me thinking what the potential of the original vision of this concept could have been…

Speaking of potential, here we have the PS Vita, the beloved handheld console from Sony. While it may be a handy console on the go for some fantastic indie titles (and a handful of AAA titles), the PS Vita should have been a global success for Sony. Sadly, it wasn’t.

Granted, it didn’t help with the fact that Sony had seemingly given up on their latest handheld console quite early on, but how much would its landscape changed if Bioshock did release as originally planned?

Announced by Ken Levine at E3 2011, Bioshock Vita would not only being a great game, but if it had released and performed well on the PS Vita, it could have made other third-party publishers sit up, take notice and take a chance on the handheld system.

Sadly, Bioshock never did release on the PS Vita, making it yet another cancelled title of video games to make us cry. We’ll never truly know the kind of impact it might have made on the system, but I suppose we can at least play Bioshock: The Collection on Nintendo Switch.

What makes this cancellation all the more disappointing (apart from the fanbase calling for a new Legacy of Kain game for years), was that Legacy of Kain: Dead Sun was already in development for around three years before it was cancelled in 2012.

Published by Square Enix and developed by Climax Studios with Silent Hill: Shattered Memories developer Sam Barlow leading the project, Dead Sun would have had two new lead protagonists, Gein the vampire and Asher, a human.

While some gameplay footage did surface years after the games cancellation (as seen below), not much was known of the title, other than it was to have a familiar tale of revenge, the fate of the world being at stake and a mysterious vampire child.

However, while there was no sign of the popular Raziel, did his absence leave too much of a gaping hole in Dead Sun and thus giving Square Enix cold feet? We’ll never truly know, but one thing’s for sure, we still need a new Soul Reaver already! You can’t talk cancelled video games without this one, and yeah, we’ll still cry over this.

(It’s also worth mentioning that Dead Sun was to have its own multiplayer mode, which then went on to be a standalone free-to-play game, which in 2016 was shut down and became as dead as a vampire with a stake through the heart).

I certainly don’t begrudge Resident Evil Zero not releasing on the N64, especially as the GameCube version and the more recent remaster is one of my favourite entries in the series. Yet, that has never stopped the desire to know how this might have played on the N64.

However, leading up to the release of the remaster, Capcom did reveal some prototype footage on the N64 version, which you can check out below. Getting to see what could have been from this cancelled video game is still making us cry!

How on earth this never got the green light, I’ll never know. Gotham by Gaslight is a very popular one-shot story in the DC Universe for fans of the Caped Crusader. Despite its popularity, THQ failed to secure the property rights for the game and the proposal was cancelled during its very early stages.

Featuring a Victorian-era Bruce Wayne set in the same timeline as Jack the Ripper, nothing could give the World’s Greatest Detective a more challenging case to solve.

The video game adaptation of Gotham by Gaslight was to be developed by Day 1 Studios, the team that brought us horror shooter F.E.A.R. Sadly this concept could only go as far as being a prototype stage of development at around 2009/2010. But if it’s of some consolation, we did get an animation movie release in 2018 so while we fantasize of what could have been, we can at least check out its movie counterpart.

So there you have it! Eight cancelled video games that still make us cry. Did your favourite make the list? Let us know with our Emoji reacts below!