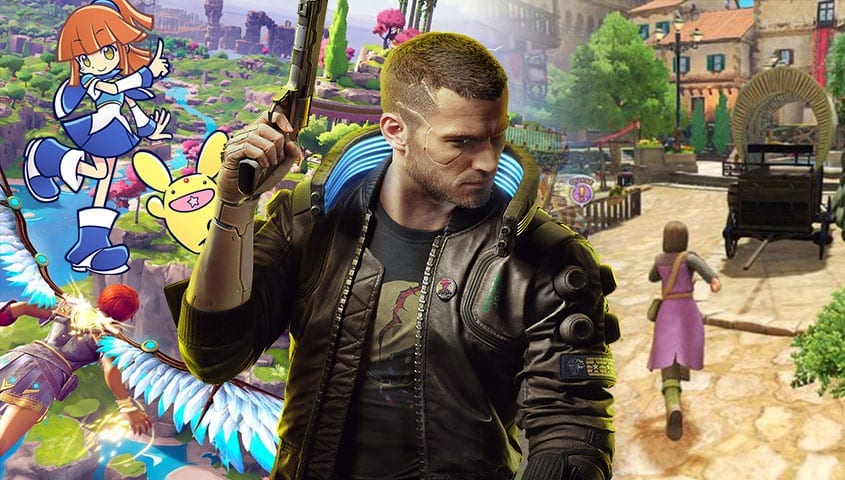 It’s the most wonderful time of the year once again, and with new-gen consoles, The Game Awards 2020 and more wrapping up 2020, we just have a handful of exciting releases this time around. Here’s every game releasing this December – including the one and only Cyberpunk 2077!

Last month we saw the release of the PS5 and Xbox Series X|S consoles, which means December is a pretty quiet month in terms of bulk. However, there’s still two stand-out games coming…can you guess what our top picks are?

Finally, FINALLY the wait for Cyberpunk 2077 is nearly over, and CD Projekt Red’s dystopian RPG is so close we can taste it. We’ve been waiting years for this release, and like most of the world, it’s what we’re going to be enjoying throughout the month of December. Pick it up on Xbox One, PS4 and PC, with new-gen upgrades coming (at no extra charge) in the future!

Ubisoft’s Immortals Fenyx Rising is an adventure guaranteed to impress fans of games like Assassin’s Creed Odyssey and The Legend of Zelda Breath of the Wild. Don’t be turned off by it’s cutesy graphics – Immorals Fenyx Rising is a wonderful open-world adventure steeped in Greek mythology. Get it for Xbox One, PS4, Nintendo Switch, Stadia and PC from December 3rd.

So that’s if for top picks for the month. Now here’s every other video game releasing in December!

Hey, listen! Don’t forget you can find these great games and more through the new GameByte Shop! Open to UK residents only, the GameByte Shop is stocked up with the latest games, merch and accessories – and we might even have a new-gen console or two! Find the shop here and sign up to our newsletter to be notified of our console drops.