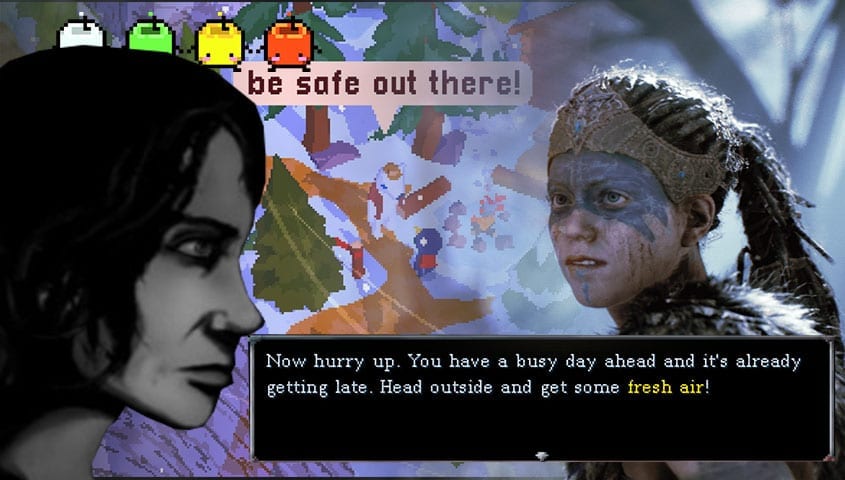 Your mental health has never been more important than it is right now, and while the common belief is that video games are detrimental to your wellbeing, us gamers know that’s simply not the case. Lots of video games are now paving the way for better – and essential – conversations surrounding mental health. The last few years have seen a surge in the number of video games which deal with various different aspects of mental health, bringing awareness to everything from disorders to suicidal thoughts. 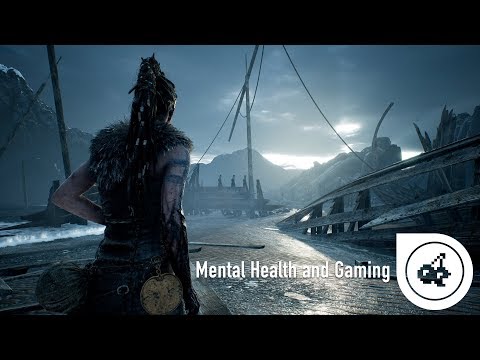 Video games can provide a much-needed escape from reality, whether that’s through playing an online game and connecting with friends, or playing as a character who you might be able to relate to on a personal level. There’s also the myriad of games which offer players a chance to escape the hustle, bustle and stress of modern-day living, stripping away the classic video game tropes of shooting and slaying to offer something a little more peaceful, relaxing and anxiety-reducing.

We’ve put together some of our favourite games which either deal with mental health issues directly, or give players some breathing room to practice mindfulness. Whether you’re looking for a game you can identify with, or a game you can escape into, here’s our top essential video games relating to mental health that you shouldn’t miss.

Please note that we’ve separated this article into two sections – first up, you’ll find recommended “escapism” games designed to help you relax, unwind and take some time out of real life. Games which delve into complex and potentially triggering issues will be signposted later in the article.

“This heartfelt talking simulator is set in a fantasy-inspired Seattle, where you hear the noticeably human tales of a cast that is more than just humans. Particularly in times of struggle, where many coffee shops have closed their doors to the public, Coffee Talk offers players the same sense of comfort that a good cafe does. With its 90’s anime-inspired pixel art style, a soft and calming selection of lo-fi music, and its gorgeous, chill vibes-inducing colour palette, Coffee Talk is a sanctuary from the state of the world in 2020.”

A Short Hike is the PC classic which migrated to Nintendo Switch in summer 2020. This charming pixel game is all about taking your time and enjoying the sights of Hawk Peak Provincial Park. The aim of the game is to reach the mountain peak, but it’s up to you how – and at what pace – you do this. Walk, fly, meet the colourful cast of locals, enjoy some Beach Stick Ball and even take a boat trip. As someone this anxiety, this is a game I love to pick up and play on a whim knowing it can be completed in a single session (and it doesn’t matter whether it’s completed or not). A Short Hike is a virtual holiday that will bring a smile to your face and warm your heart, plus it’s cheap as chips on both Switch and Steam.

thatgamecompany’s Journey is one of the most visually stunning and life-affirming video games of all time. Play as a silent and unnamed traveller and cross the deserts, caverns and snow-capped mountains either solo or with an online pal who’s just as silent as you. Communication is down to musical notes and gestures to explain what you want, and combat and death are nowhere to be found. With its soaring orchestral music, gloriously simple mechanics and life-affirming ending, Journey is an experience guaranteed to help you disconnect, take a breather and then return to the real world as a whole new person.

ConcernedApe’s Harvest Moon-inspired farming simulation Stardew Valley needs almost no introduction. The iconic game offers you the chance to build your farm, make friends and tend to your animals in a beautiful 2D pixel world. Grow crops, fish, milk your cows, craft, delve into the mines for some light combat and even fall in love. Attend annual events and wow your neighbours, do almost anything you want to do, at your own pace. Set your own goals and work towards them each day without worry. You can also overthrow the capitalist Joja Cola too! Stardew Valley is a must-play for every gamer – just be prepared to sink endless hours into it.

That’s it for games we recommend to relax to. Please note that the rest of the article contains references to mental health conditions including psychosis, suicidal thoughts and more. If any of these topics are potentially triggering to you, I recommend turning away now.

Harvester Games’ The Cat Lady made a splash when it launched in 2012, and it’s still one of the first video games I think of when I think about essential titles which explore mental health. This 2D puzzle/narrative game follows Susan Ashworth, a lonely and suicidal woman who faces her demons in this psychological horror. It’s a difficult play both in terms of its gameplay and its themes, but it’s a deep and rewarding story which offers a realistic look into suicidal thoughts, depression and recovery. Not one to play when you’re in a dark place, The Cat Lady is worthy of your time – as long as you’re mentally prepared for the journey. Find it on Steam here.

Newly-released SHUT IN comes from indie developer Cael O’Sullivan, and explores the feelings of depression and isolation by trapping you inside your own home. Another of our essential video games, SHUT IN is available through Steam and itch.io, and combines dark comedy with a sarcastic narrator, receiving high praise for its sensitive handling of some of the more taboo sides of mental health.

“A lot of the advice around depression can be infuriatingly cheery,” says O’Sullivan of the game. “It’s all ‘Get some exercise! Eat healthy! Be positive!’ which can just be really frustrating if you’re struggling to get out of bed in the morning. Or the afternoon.

“The great thing about horror games is you can properly indulge and explore those negative emotions. I don’t want to make a game about what you should be doing instead of being depressed. I want to try and capture how it actually feels when you’re in it, and show how hard simple things can become. But also make it a fun and funny experience. …yeah, it’s a tough balance to perfect.”

Fractured Minds is the winner of the BAFTA Young Game Designers Award, and is the debut game of Emily Mitchell, who was just 17 years old at the time of creating it. The short game is split into six chapters, each of which deals with a different type of mental health issue ranging from isolation to anxiety. Each level is simple and yet daring in its execution, making this one of our essential video game if you’re looking for more mental health titles. Get it on Steam here, or on console.

A game which takes a dark and powerful look into psychosis and its effects, Hellblade: Senua’s Sacrifice can be tough to stomach, but it’s absolutely an essential video game when it comes to the topic of mental health. You play as Senua on a quest through the Viking hell dimension of Helheim, battling her inner demons and the many voices in her head. Senua’s Sacrifice may be a triggering game for some players, but if you’re in a safe mental space, this is a wonderfully deep and intricate exploration of mental health.

During a time when most of the world is stuck at home, feelings of isolation and despair can be tougher to deal with than ever before. Video games charity Safe in Our World is a safe space for game developers, publishers and players to seek help and support when it comes to taking care of your mental health.

Find out more and support Safe in Our World via the website here, or over on Twitter!

If you’ve been affected by any of the topics in this article, you can find relevant mental health resources and support through Safe in Our World here.

Support Charity And Be Entertained By Mario Kart Chaos

Coffee Talk Is Getting A New Sequel Next Year

6 Games That Are Perfect To Play In Autumn

7 Tips For Falling Back In Love With Video Games