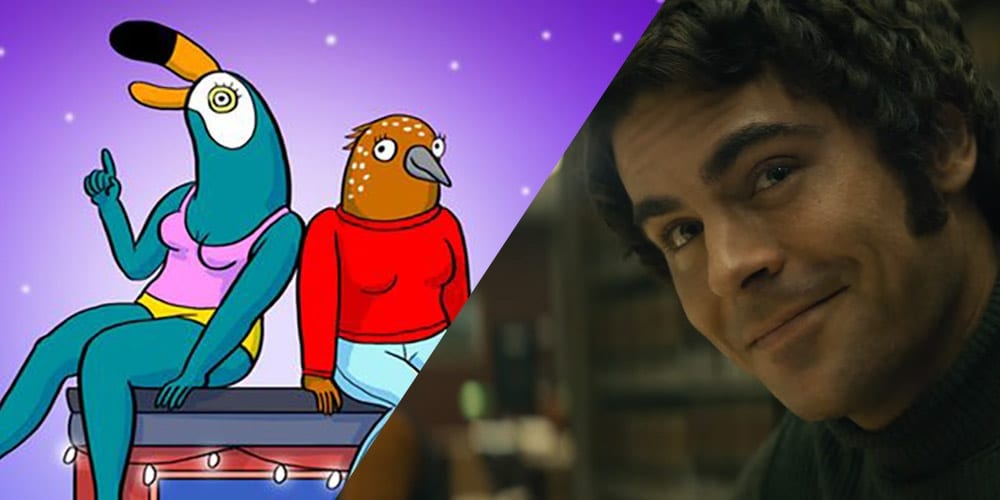 Roses are red, April is grey, but in a few weeks it’s gonna be May. Netflix is still ruling the roost as the ultimate streaming service — until Disney+ comes along — and is showing why it’s worth the subscription cost with its acclaimed Netflix originals.

Branching out from old favourites like House of Cards and Orange is the New Black that made Netflix a household name, 2019 is a HUGE year for the platform’s original content. If you’re ready, here’s what Netflix originals are coming your way in May.

On May 3, the Zack Efron-led Ted Bundy drama is coming your way. Extremely Wicked, Shockingly Evil and Vile has already caused a stir for glamourising his crimes. Elsewhere, Lord of the Flies meets Gossip Girl makes its debut with the freshman season of The Society on May 10.

Looking at comedy, there’s a dose of side-splitting fun as Saturday Night Live alumni Amy Poehler, Rachel Dratch, Ana Gasteyer, Maya Rudolph, and Tina Fey will all star in Wine Country (May 10). Being Poehler’s directorial debut, this could be one to watch. Wanda Sykes is also back (May 21) with more stand-up for her latest show, Wanda Sykes: Not Normal.

Christina Applegate returns to our screens with black comedy Dead to Me on May 3. It follows Applegate’s worrying widow called Jen as crosses paths with the recently bereaved Judy (Scooby-Doo‘s Linda Cardellini). The pair embark on a journey of self-discovery while trying to get on with their lives.

Spike Lee is hoping to continue the success of his recent Oscar win from BlackKklansman. After airing the first series of She’s Gotta Have It back in 2017, the cast has reunited for another run of episodes on May 24.

There’s also the hard-hitting When They See Us on May 31. Tipped to be one of 2019’s biggest shows for Netflix, Ava DuVernay is adapting the real-life story of the “Central Park Five” — five young men wrongly convicted of a brutal 1989 rape.

Finally, the long-awaited fourth season of Lucifer (May 8) looks like it will be hell on Earth. Fox cancelled the police procedural after three seasons, leaving Netflix to pick up the slack. Tom Ellis is back as the shifty Lord of Hell to help the LAPD.

So now you know what’s coming, sit back, get the popcorn, and get ready for a marathon binge!