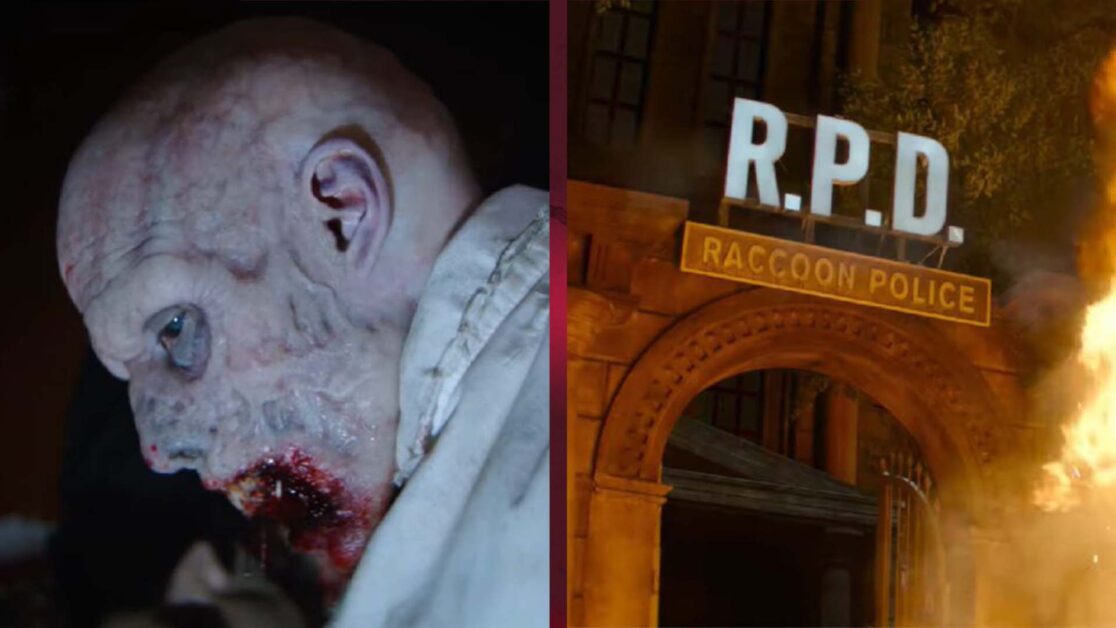 After yesterday’s tease, the first trailers for ‘Resident Evil: Welcome to Raccoon City’ have dropped and they’re, well, faithful at least.

The Welcome to Raccoon City trailer opened with Leon S. Kennedy, Claire Redfield, and what looked like Umbrella Security Operative, Hunk. The movie is set in September 1998, the time when the T-Virus spread across Raccoon City.

How many nods can you see?

The movie looks to be very faithful to the first two original games. We see William Birkin and what appears to be inside the orphanage, which featured in the RE2 remake. The movie will take place in locations such as the Spencer Mansion in the Arklay Mountains, as well as Raccoon City and the Police Department.

However, while the movie is based upon the first two video games, we also see the Ashford twins picking apart an insect. This was a memorable moment from Resident Evil Code: Veronica. Other nods include the fan-favourite reference ‘Itchy Tasty‘.

I could go on forever naming all the characters, monsters, and various other nods from the series. But I’ll let you watch the trailer for yourself.

To my surprise, I also discovered late last night that there is a second Resident Evil: Welcome to Raccoon City trailer. This second trailer features some new scenes not seen in the main trailer doing the rounds. You can watch trailer two below.

Resident Evil: Welcome to Raccoon City will be released in cinemas on November 24th in the US, and December 3rd in the UK.

What are your thoughts on the first trailer? Let us know across our social media channels.

Resident Evil And Tomb Raider Combine In The Mod Of Your Dreams!