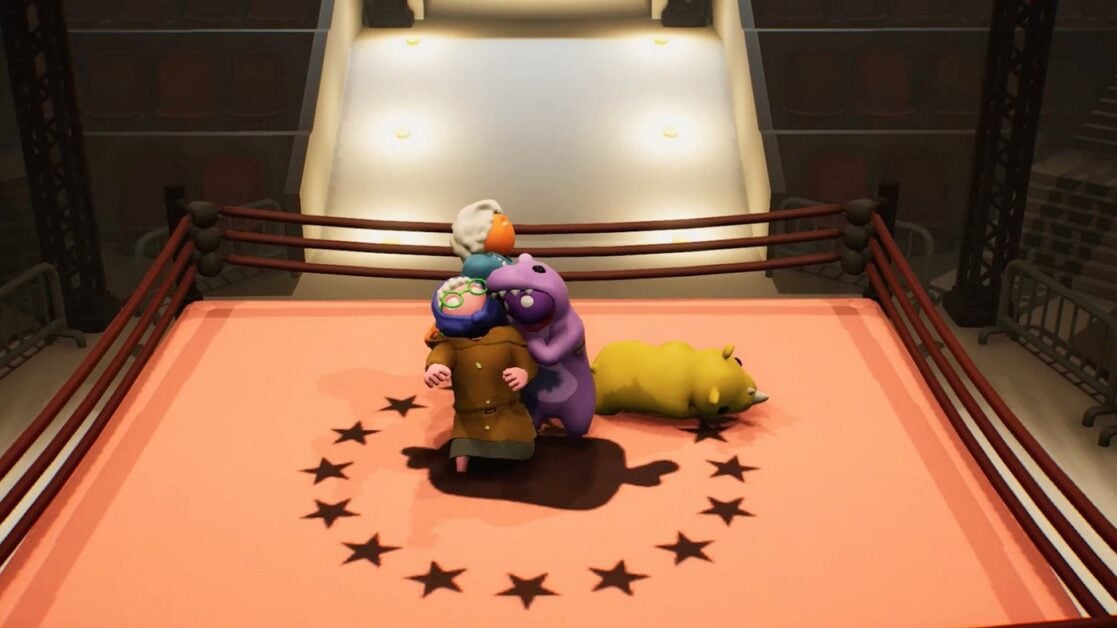 Cute multiplayer brawl game, Gang Beasts, has had its Switch launch delayed until next week.

It’s a real shame to hear that Gang Beasts’ Switch release has been pushed back. The game’s website welcomes you to Beef City – but if you’re a Switch player, you’ll have to wait until October 12th before you’re allowed in the city limits. It goes on to describe the game:

Even as a lifelong vegetarian, I do enjoy all the meaty puns. And I’m interested in purchasing one of the dinosaur onesies… You can watch the trailer for the game here:

Playing as cute, squishy little beasts, you and your friends must attempt to wrestle and shove each other off of a range of precarious settings.

‘Gasp with shock and delight at the spectacle of stupid pugnacious thugs punching, kicking, and throwing their foes into unspecified hazardous machinery, flaming incinerator pits, and ginormous industrial fans.‘

It’s sweet, dumb fun and we love it.

The game is already out on PlayStation 4 and Xbox One. It’s also available on PC, including Windows, macOS and Linux systems. It’s even out on Oculus Rift! But as reported by NQ24, it will be another week before we can access Gang Beasts on Nintendo Switch due to the delayed launch. It will be worth the wait, though.

Have you played Gang Beasts or are you waiting for it to come to Switch? Let us know via our social media channels.