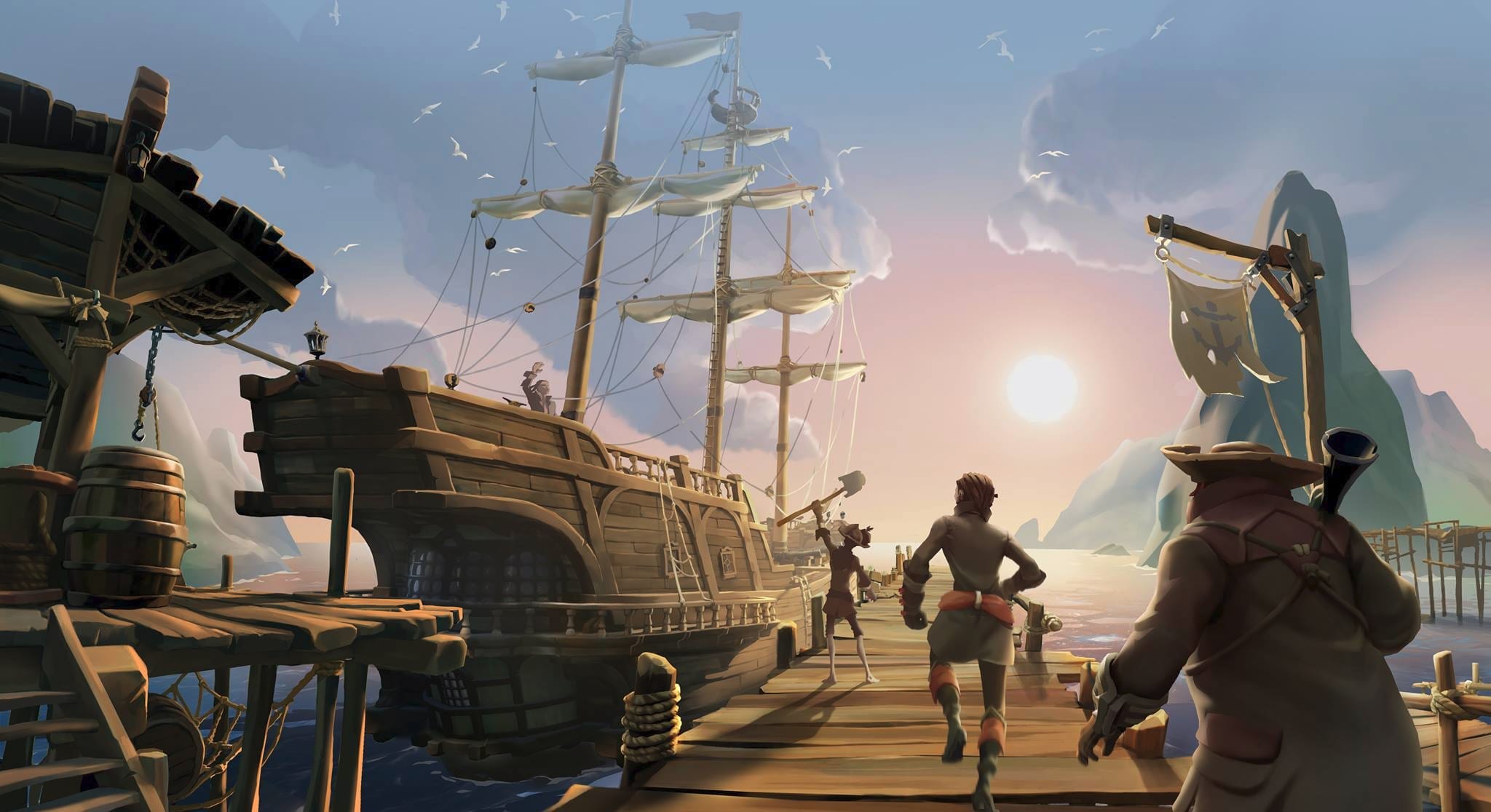 After playing through the recent Sea Of Thieves beta, I can safely say that this game is set to compete for Game Of The Year 2018.

There are many reasons why Sea Of Thieves stands out as a game worthy of such an award and in this post, I want to talk about why.

Check out the reasons why Sea Of Thieves deserves the Game Of The Year award below.

The Ship Mechanics Are Awesome 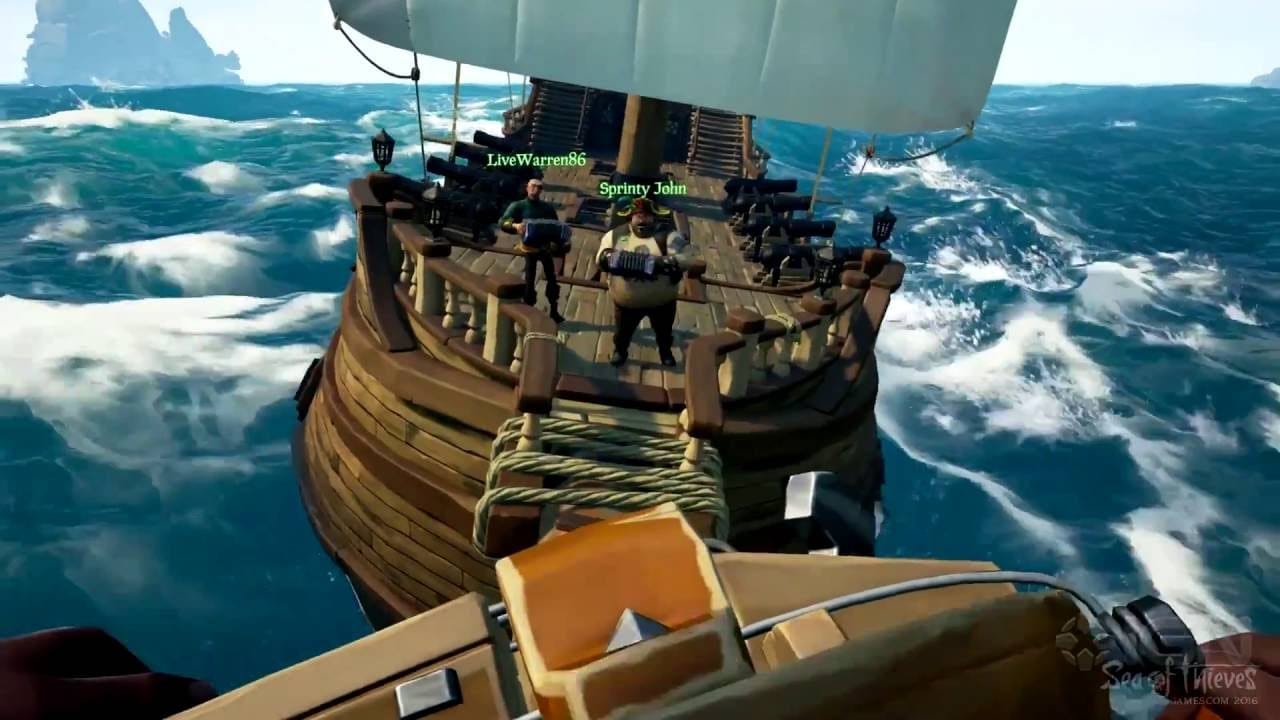 With games like Assassin’s Creed Black Flag and Blackwake doing considerably well in the past, the game industry has been dying for a good open world ship game. Sea Of Thieves might just be that.

Thankfully, Rare, the developers behind Sea Of Thieves, did an incredible job on getting the ship mechanics just right.

In Sea Of Thieves, it takes some learning to be able to manage your ship. You can do it alone, too, but it’s a much better experience when you team up with a couple friends and commandeer the ship together.

Things get even more interesting the moment you come into contact with an enemy ship. Players have to work hard to not only micro-manage the different elements of the ship together but also to prepare themselves to attack the other vessel.

Honestly, after a few hours of gameplay during the beta, the entire process was just so smooth and fluid – I’d never had so much fun controlling a ship with my friends. Unfortunately, In Blackwake, the ship mechanics just weren’t fluid enough to offer the players an enjoyable, stress-free experience. Black Flag, on the other hand, was void of a co-operative control between players. 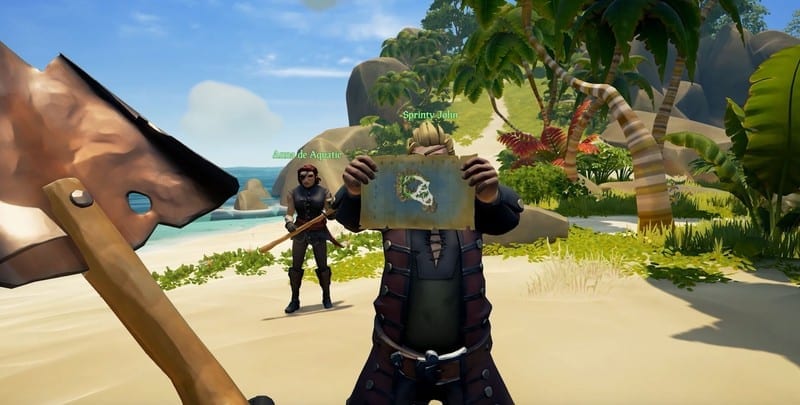 Besides the very small similarities to Blackwake and Assassin’s Creed Black Flag, there’s very little out there to compare Sea Of Thieves to. It’s almost like it is an entirely new game in an entirely new genre.

After being forced to sit through years of rehashed game concepts from FPS titles, RPGs, and other rinsed-and-repeated genres, it’s so refreshing to see something that breaks boundaries.

Breaking boundaries has always been what Rare does best. Despite sailing into uncharted waters with Sea Of Thieves, the talented guys at Rare still did an incredible job to make sure the flow of gameplay is smooth, enjoyable and incredibly immersive.

Whilst the core gameplay focuses on questing with friends, there are opportunities to get your hands dirty and fight against other teams of players. The combat is pretty basic, but this gives players a chance to rely on their ability to man their ship effectively. Players that spend time learning to master different elements of ship control are rewarded spectacularly.

The Quests Are Fun And Encourage Team Play 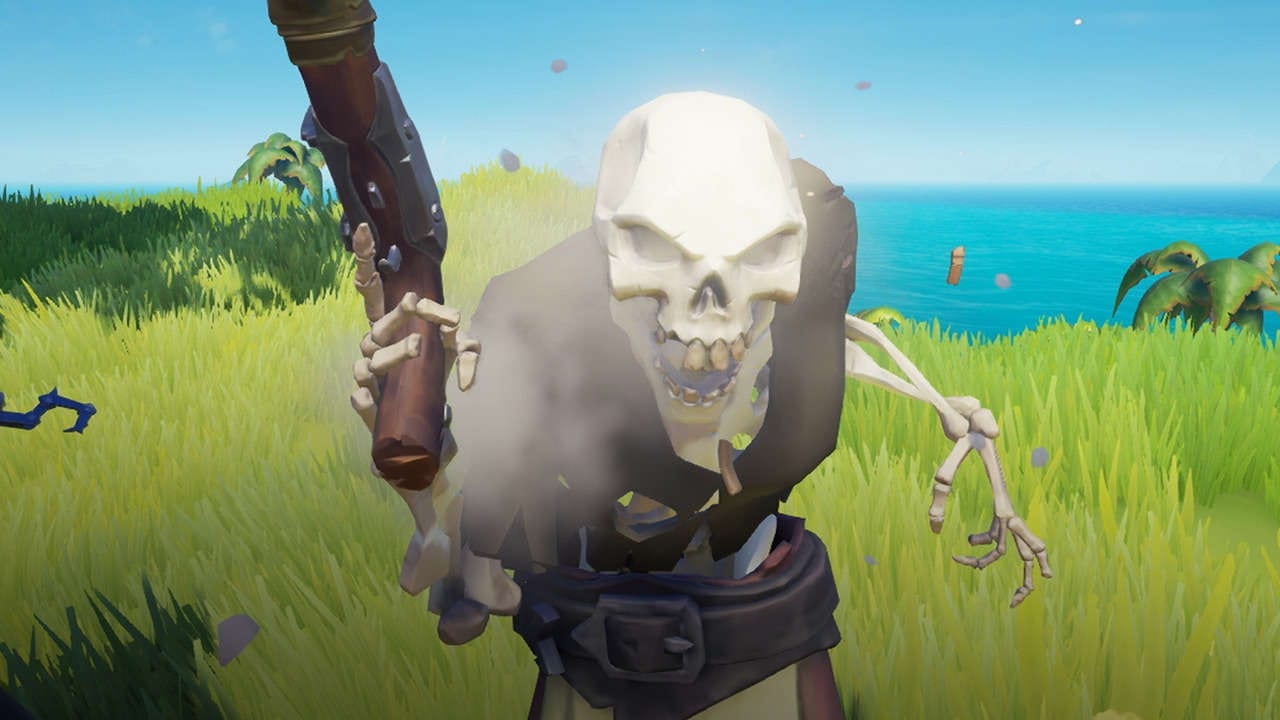 I could see the quests in Sea Of Thieves getting a little boring after some time, but to begin with, they’re very fun and no two quests ever end with the same results, despite having similar quest objectives.

To pick up quests, players must visit an island outpost and pick up a new ‘voyage’. Players must then travel to a specific island, solve a puzzle or tackle some kind of enemy and then take the treasure chest that’s situated on the island.

There are enough random events and weather effects to make the journey between each island a unique experience in itself, and then you have the activities that actually happen when you anchor your ship and set foot on the island.

Because there are so many elements to controlling the ship, it’ll take a good few voyages before your squad has got to grips with ship control completely, which is great.

Coming From Rare, The Graphics Are As Charming As You Would Expect 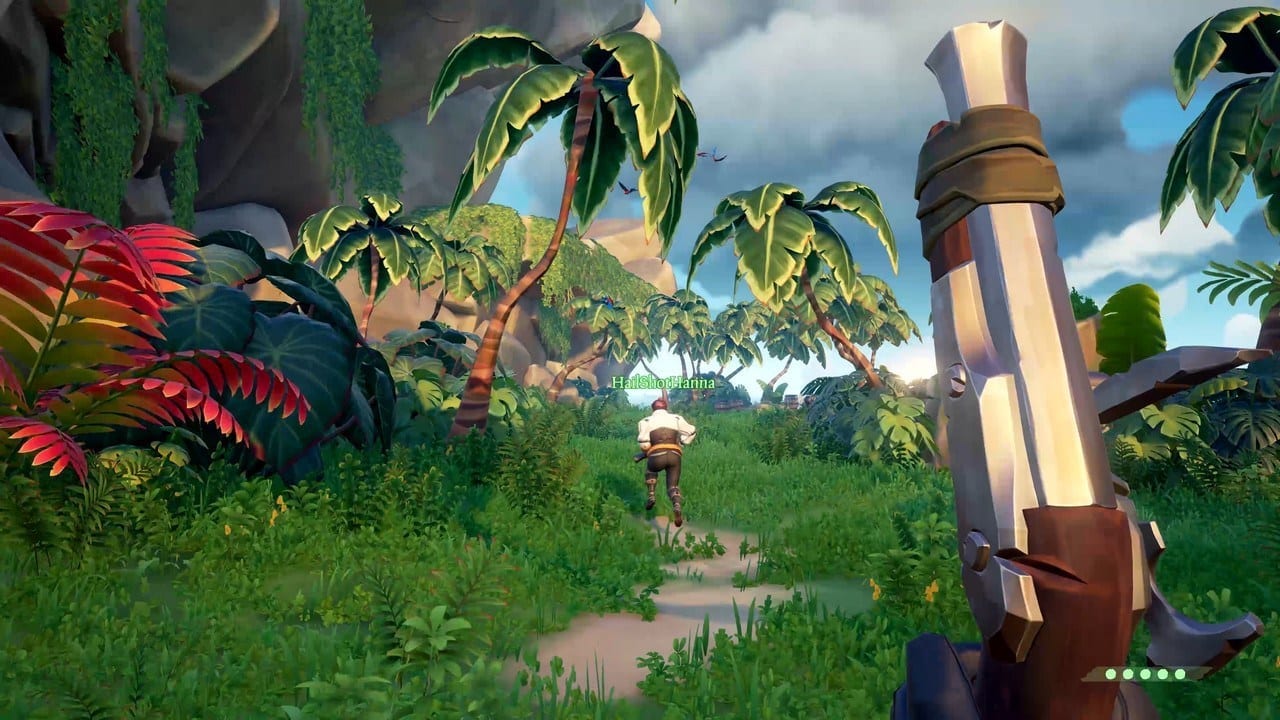 Rare has a special talent when it comes to making nice-looking games. They often through realism out of the window in favor of a more stylized graphics style.

In every game Rare has released so far, they’ve somehow managed to create a unique gameplay design that stands out from the crowd, even amongst their own titles.

Sea Of Thieves offers that unique art style that you could only expect from Rare. There are very few games that look this charmingly beautiful.

It’s safe to say that the graphics style helps to make Sea Of Thieves what it is. Overall, the game offers an immersive seafaring experience that never puts too much pressure on the player.

There are challenges to conquer on the open sea, and mastering the game takes practice, but you’re never in a situation that can’t be admired from a distance or laughed at with your mates.

Sea Of Thieves will be set to launch on Xbox One and the Windows Store on Windows 10 March 20, 2018. It’ll be very interesting to see how the game progresses from now until then.

I have faith that Rare will do a good job to make sure that Sea Of Thieves will be rich, content-packed experience straight out of the gate on March 20.

In my opinion, there is certainly going to be a lot of competition this year, but Sea Of Thieves will grab game of the year. That’s saying a lot when you consider how many titles are expected to sell well this year.

Here’s a look at a few other games that Sea Of Thieves will have to compete with:

Did you play the Sea Of Thieves beta? What were your thoughts on it? Did you like the game enough to consider it a contender for best game of the year? Alternatively, do you think there will be better games that will launch later this year?