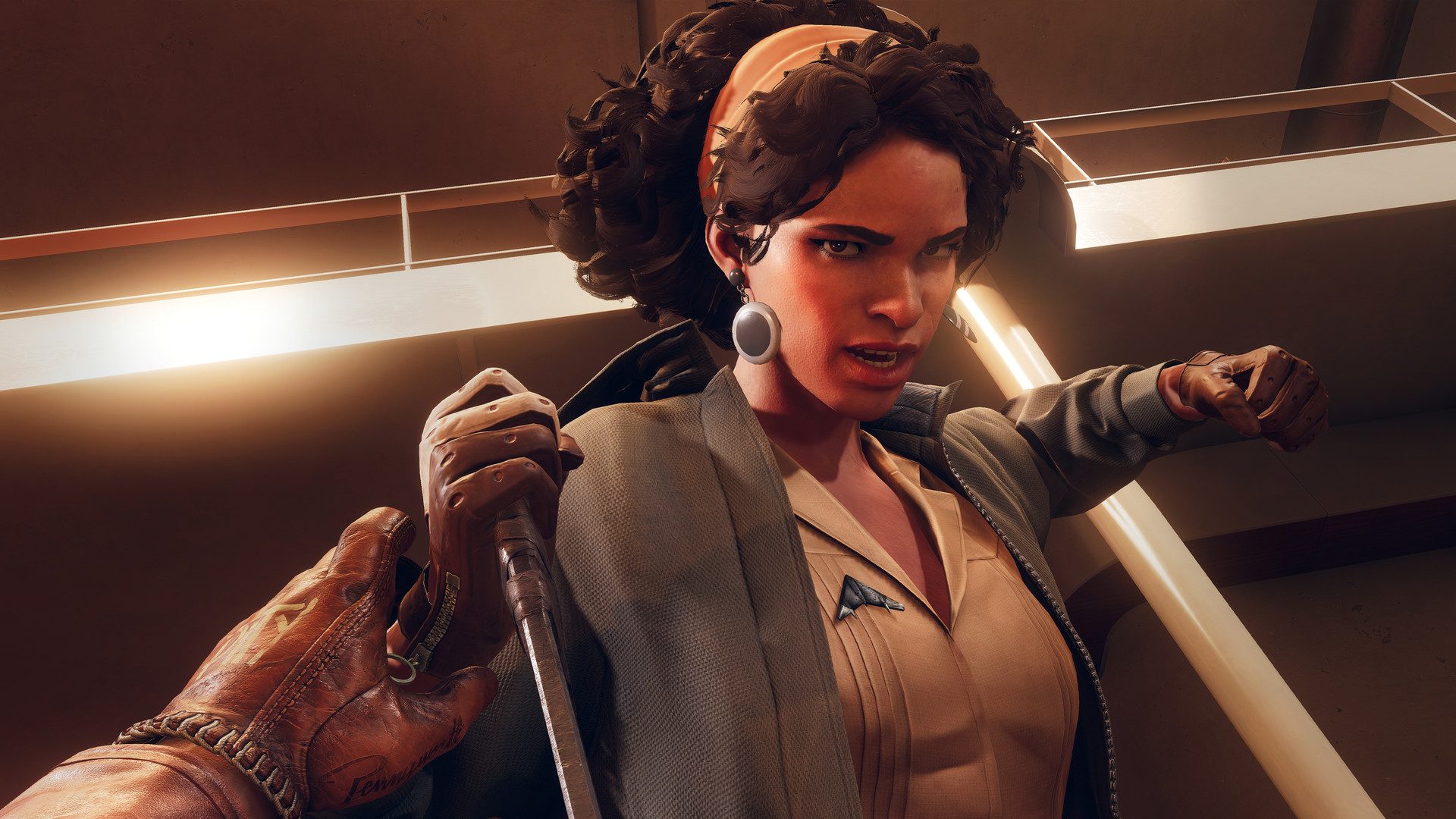 There’s a super easy trophy that’s unlockable in the first five minutes of Deathloop that pokes fun at an iconic gaming easter egg.

After several months of waiting, Deathloop is finally in the hands of players. It’s receiving monumental praise across the board, including from us here at GameByte. Deathloop is the first game to ever receive a perfect 10 score from the site.

If there’s a game that’s prime Platinum material for achievement hunters this year, there are worse choices than Deathloop. Thankfully, there’s a super easy opportunity to pop one in the first five minutes of loading up the game.

Warning: Mild spoilers ahead for the opening moments of Deathloop

As you begin Deathloop, protagonist Colt awakens on a deserted beach. After some story exposition, you’ll progress forwards into a tunnel system that runs beneath the island. Colt is faced with a solid door locked by a number panel. While antagonist Julianna will insist that Colt already knows the door code, he clearly doesn’t. However, that doesn’t limit the player from pressing inputs on the number lock.

Video game history buffs will know that the 4 digit code ‘0451’ is an iconic video game reference. It first appeared in the classic game ‘System Shock’ from 1994, widely regarded as one of the first immersive games. Since then, the code has become an iconic reference in several other games. Notable mentions include the original Deus Ex game, Bioshock, Dishonored, and Alien Isolation.

If you try and input the code ‘0451’ into the locked door, it still won’t open, but you’ll be met with a cheeky free trophy titled ‘Old Habits Die Hard’. Colt will also accompany the trophy with the same line of dialogue. Arkane Lyon has built its reputation by developing some of the best immersive sim games in the business. It’s especially relevant that Arkane would include a reference to System Shock given the studio’s heritage.

If you miss the number lock at the start of the game, don’t worry. The ‘Old Habits Die Hard’ trophy can be popped by inputting the ‘0451’ code into any door lock in the game. Luckily, you’ll come across many of these locks throughout the game, so there’s plenty of opportunities to pop this trophy during your playthrough.

Did you manage to discover this achievement naturally? Props to you if you did! Let us know how you got on across our social channels.

Don’t forget you can find great games and more on the GameByte Shop! That includes Deathloop itself – with physical and digital editions available to buy right here. Plus with our GameByte Loyalty Points scheme, you can Loyalty Points on Deathloop right now, to redeem for discounts on future orders!

Our store is stocked up with the latest games, merch and accessories. We might even have a new-gen console or two! Sign up to our newsletter to be notified of our console drops, deals and more. Please note the GameByte Shop is available for UK customers only.