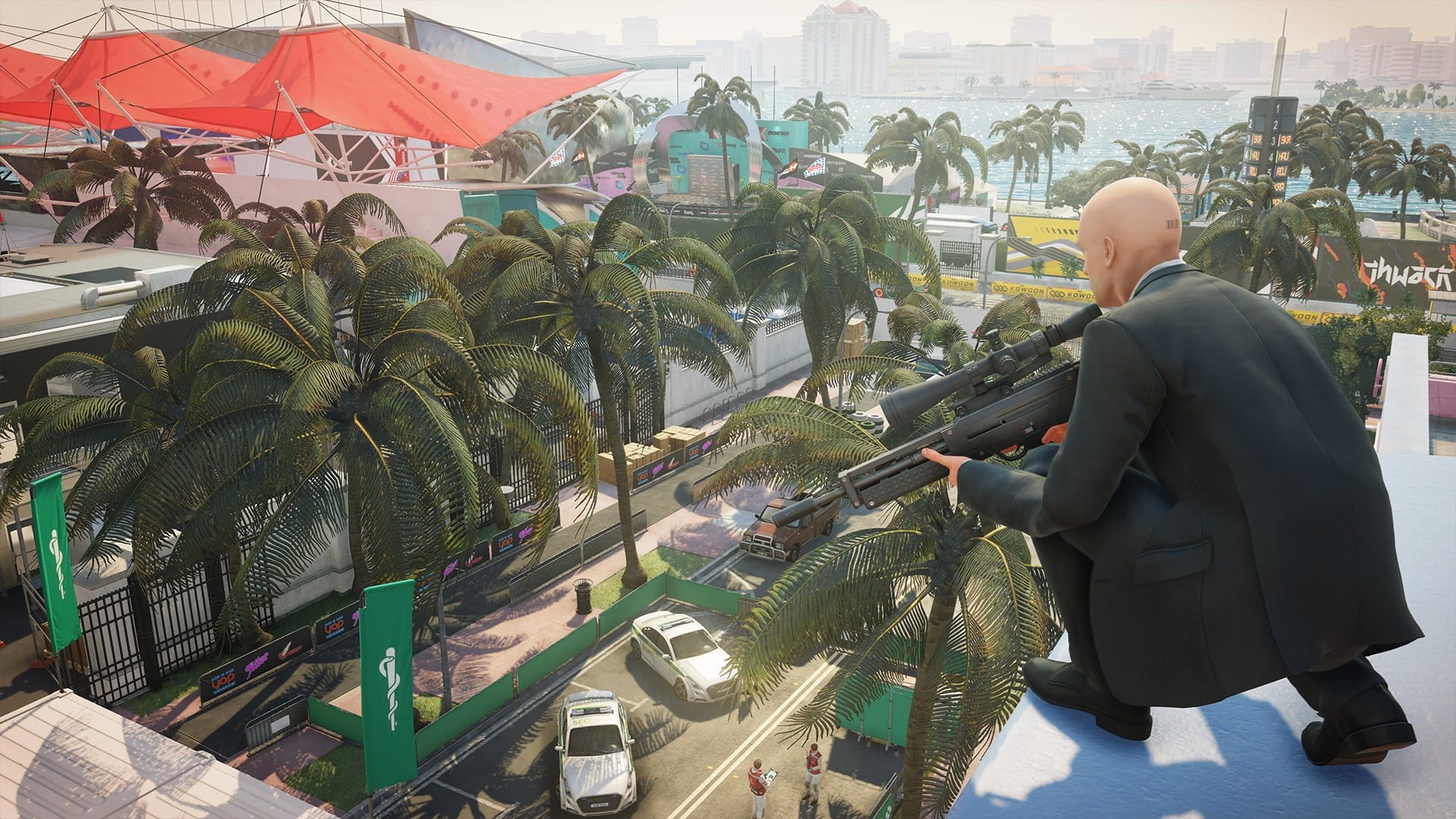 This week ahead of E3 2018, Hitman 2 was announced by developers IO Interactive and new publishers of the franchise, Warner Bros. Interactive Entertainment, this will be the first title since the series ended their long-running partnership with Square Enix. 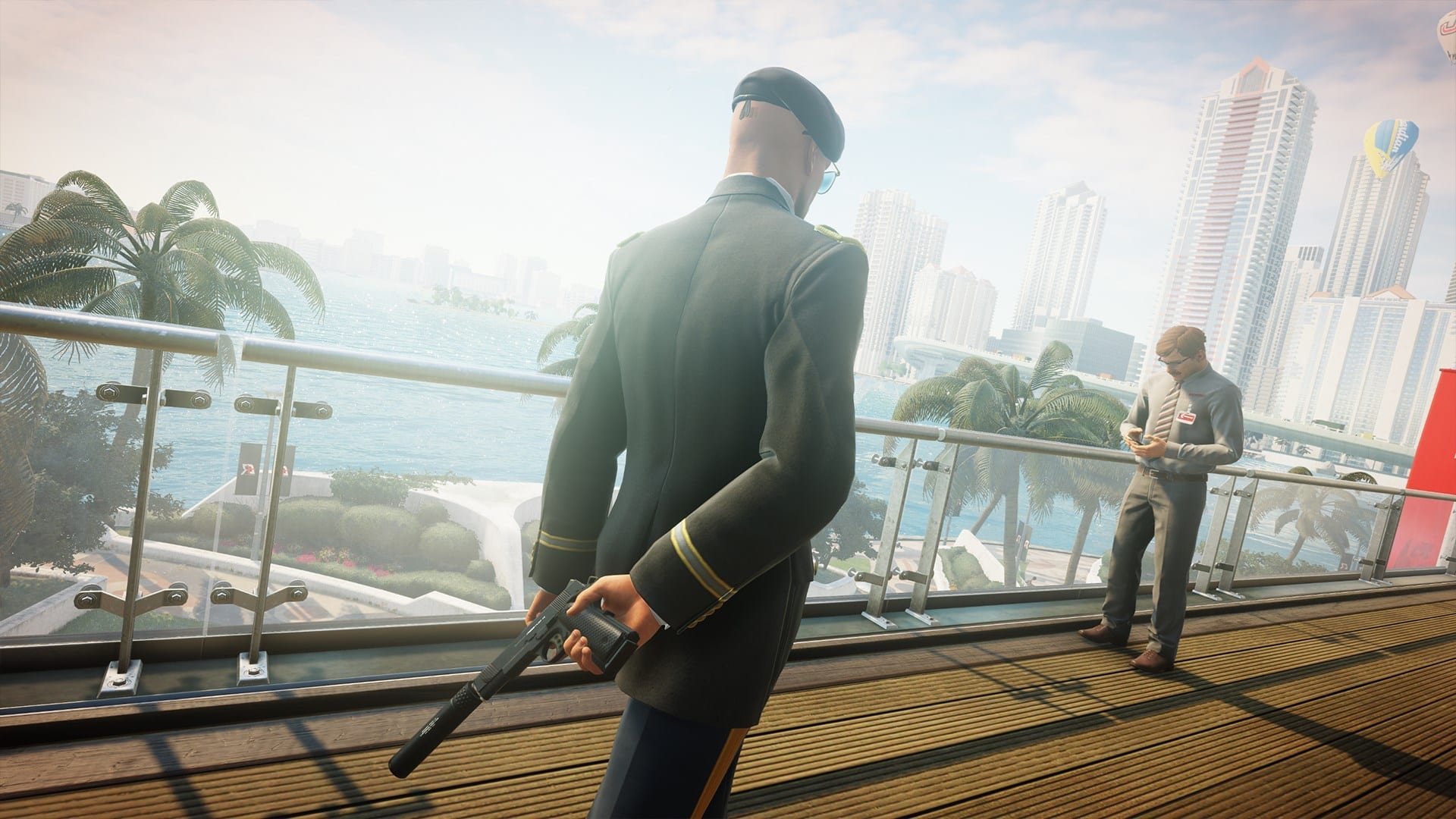 Since the series was rebooted and released in 2016, Hitman was largely received with high critical acclaim, offering even more freedom to execute Agent 47’s assassination missions like never before. However, the newly announced Hitman 2 is said to feature even more freedom over its predecessor, in larger sandboxes for which your actions can “trigger a unique chain of events” and have “endless interactive possibilities for players.” 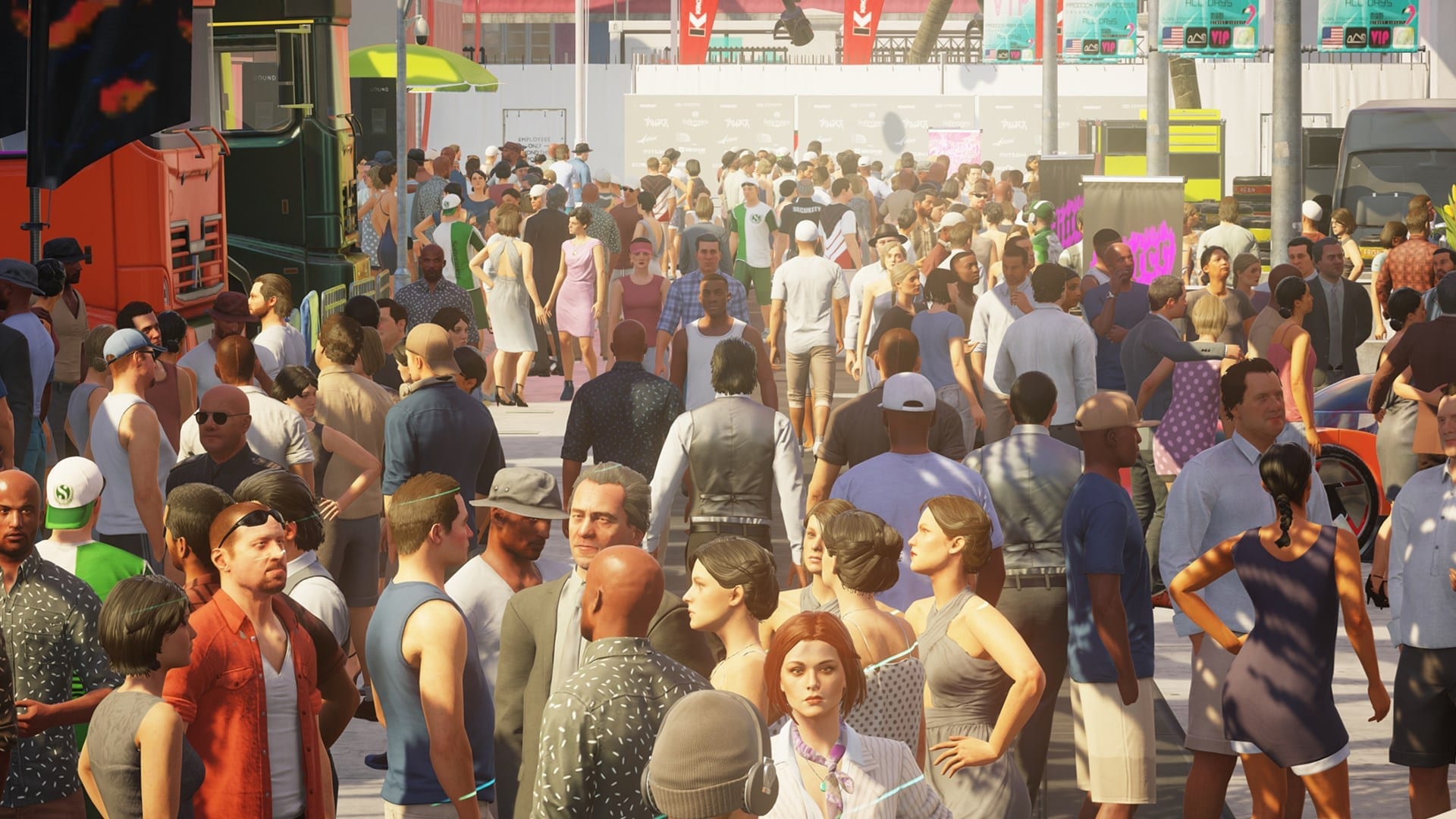 In Hitman 2, not only will Agent 47 visit new locations, but he will also embark on a mission to hunt down and uncover the elusive Shadow Client, and his militia. However in doing so, Agent 47 begins to discover even more dark secrets of his past which will change his life forever. 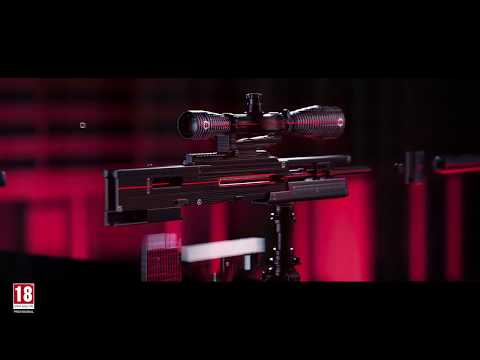 Before Hitman 2 was announced, it was easy to assume that the sequel to the reboot would continue on with the episodic formula, but instead that format has been ditched and the full base game will in-fact release at launch, instead of episode by episode. However note the key words “base game”, because Hitman 2 will have DLC as an expansion pass will be available with the Gold Editions of the game. 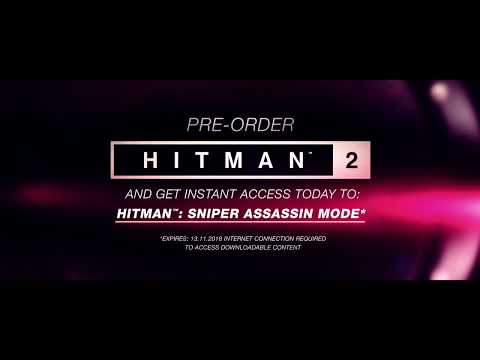 As a pre-order bonus, regardless of which version of the game you pick up, you will gain instant access to play straight away with Hitman Sniper Assassin, which can now not only be played on your lonesome, but you can also play this mini-game in co-op. Ok it may not be co-op in the main game, but it’s still a first for the series and perhaps a hint as to what might come with future releases. Could we eventually get a co-op campaign to work on missions with a friend side-by-side or perhaps even compete in the same map against one another at the same time? 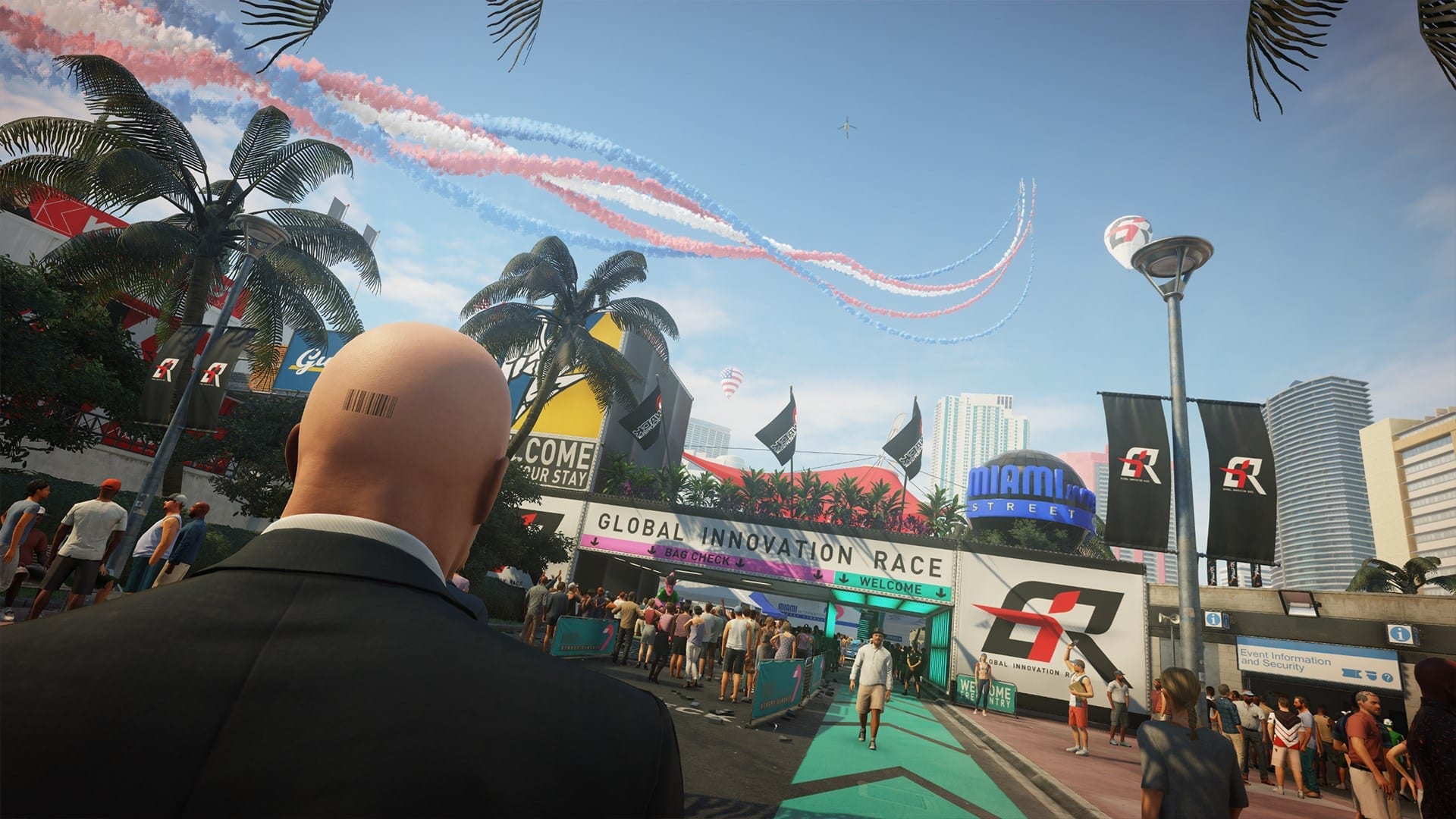 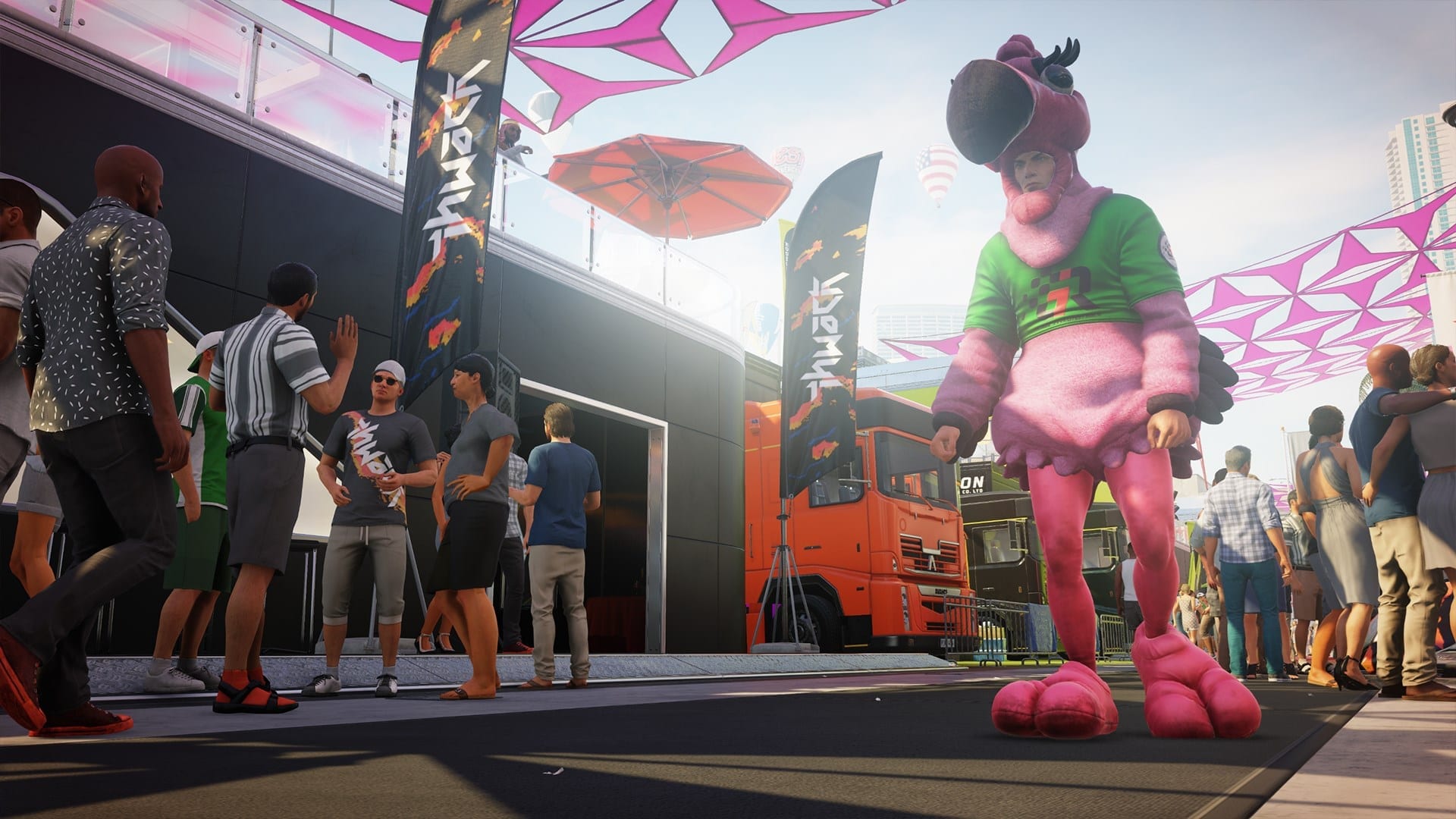 Speaking of various editions, there will also be a Collector’s Edition for Hitman 2, which not only includes the Gold Edition version of the game, but also an Agent 47 Gun Case, a rubber duck and more. You can check out the image of the Collector’s Edition below. 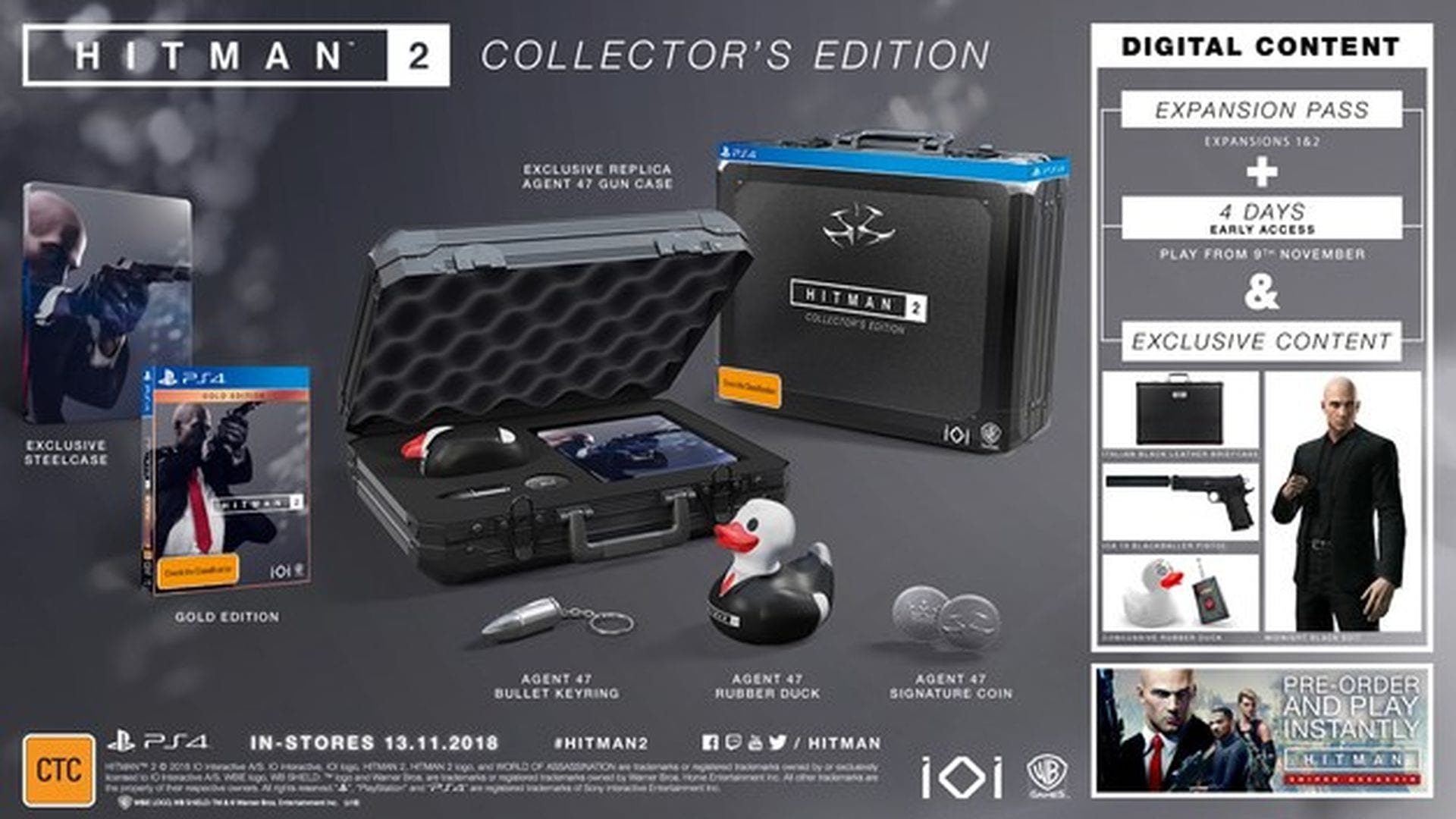 Hitman 2 will release for PC, PlayStation 4 and Xbox One from November 13th 2018.