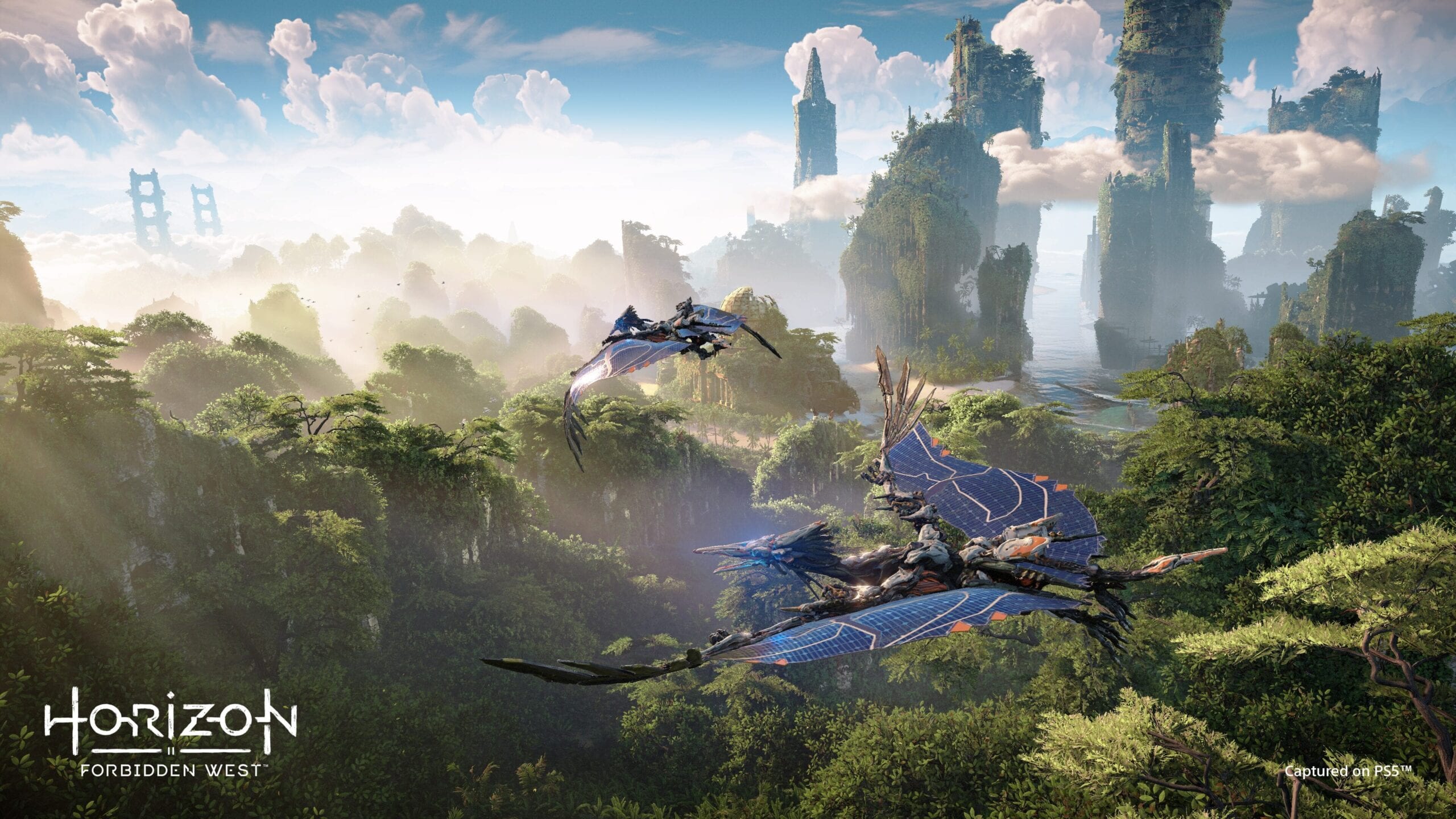 It’s been confirmed that the newly-announced Horizon Forbidden West won’t be a PlayStation 5 launch title. In a new video, game director Mathijs de Jong has revealed that the next adventure of Aloy will be looking to launch sometime in 2021.

That’s not the only Forbidden West news though, as the video also confirms that the game won’t be hindered by loading screens, which is music to my ears!

Check out all the new details in the official video below.

Forbidden West will focus on a whole new area of the world – one which we haven’t seen before. Aloy is “moving west to a far-future America,” and with all-new terrain comes all-new enemies. As shown in the trailer, this new expanse looks as beautiful as it is deadly. We even got to see some underwater exploration, which is definitely a plus! It’s hard to say whether the game will be bigger this time around, but the trailer definitely gives off that impression.

From what we can see, Aloy is still repping her usual “old-school” tech, and it also appears as though Sylens is making a comeback (which isn’t surprising, considering the end of HZD).

Though we might not know what Sylens is up to, it’s clear that he’s got plans with HADES.

Thanks to Guerrilla Games, you can already get hyped for the game with new wallpapers and phone screens. Check them out below!