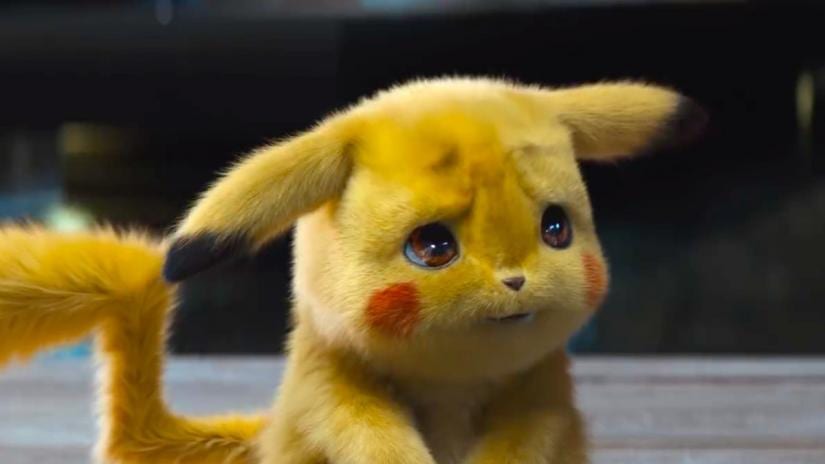 Detective Pikachu is one of the best movies of 2019 (so far!) and it’s amassed millions of fans who all want their own sassy, wise-cracking and coffee-addicted Pikachu.

Thankfully, the internet is awash with plush versions of the smart-*ss Pokemon, who’s official version keeps selling out.

A photo of one of the Detective Pikachu plushes has gone viral on Twitter thanks to some very, very concerning packaging, and it’s left people pretty distraught [via ComicBook].

Twitter user/Pokemon fan @bauerpower uploaded the following image to the platform, writing: “So, I ordered a Detective Pikachu plush for my desk at work, and I have to say, this is not how I expected him to be packaged.”

The – frankly terrifying – image has now gone viral, prompting Bauer to include a follow-up tweet depicting the de-flattening of the pocket monster.

According to the purchaser, it took a whole 15 minutes of fluffing up to get poor Pikachu looking more himself and even then, there’s still a lot to be desired for the buyer.

After like 15 minutes of squishing he is looking… better. But still derpy. Welcome to my desk, Detective Derpachu pic.twitter.com/JlwnwK26Fv

Personally I think he’s looking better than ever here, but I tend to like my toys a little lopsided anyway.

Why do I exist just to suffer pic.twitter.com/K1ReSodi7L

Oddly enough, other purchases of the Pikachu plush report not receiving theirs in anything weird, though with so many fake versions of the toys available online, it’s hard to say they’re the same ones.

Weird. Mine didn't come like that, but he did look squished. pic.twitter.com/koC4TsVEK1