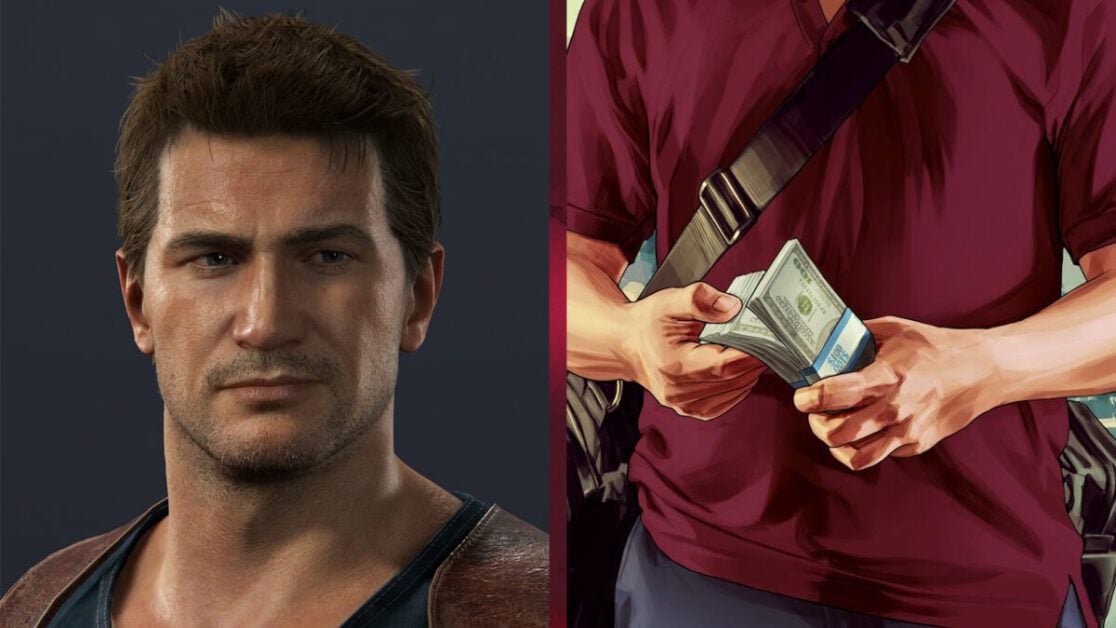 We all know that gaming can offer some of the best escapism out there. Whether it’s trotting recreations of our own globe or exploring completely new ones, games can offer us a glimpse of lives we could never have.

Another fantasy that games let us live out is having access to a seemingly endless amount of cash. Some of our favourite video game protagonists have done incredibly well for themselves with the phrase ‘financial security’ never even crossing their minds.

Research conducted by a UK Casino site has ranked eight of the richest protagonists in order of whom is the wealthiest. The research takes into account the characters’ living situation, household income, method of transport, as well as any other expensive possessions they might own.

Let’s take a look at which characters should really be getting the first round in.

Committing several heists in preparation for escaping the western plains of the US, Arthur accumulates quite the collection throughout his travels. You can even bring in quite a bit if you’re a dab hand at the poker minigame.

Ultimately, the biggest chunk of his worth is in the form of the bounty that lies over his head. Committing such crimes comes at a cost – one that’s valued at over £110,000. Totalling it all up with Arthur’s living expenses and weaponry, his total worth comes to around £216,592. That’s a hell of a lot considering he was around at the turn of the 20th century!

Slotting in just above Arthur Morgan is Solid Snake, the protagonist of Kojima’s infamous Metal Gear Solid games. This former spy and US mercenary soldier has led quite the career, taking down several of the Metal Gear tanks that threatened to cause all-out nuclear warfare.

His storied career as a mercenary is valued at around £63,500 per year. For someone who’s saved the world time after time, that seems rather meagre, in my opinion.

However, his living situation is what makes up the bulk of his worth. The soldier once retired to a complex in Twin Lakes, Alaska, where he would attempt to recover from his PTSD. Living in such a remote place is bound to have cost a lot, with Solid Snake’s living situation rated at around £191,000.

Overall, taking into account his weaponry and transport costs, Solid Snake arrives on the richest protagonists list as earning about £220k.

We should have really seen this one coming as Nathan Drake is not one to spare any expense. Travelling all over the world in whatever vehicle he can find, Drake oozes the charm of someone like Tony Stark. He’s someone else who’s never had to worry about money troubles in their life.

As an archaeologist by trade, Drake has likely collected several treasures in his time that are worth billions. However, given that these finds are likely illegal, they haven’t been counted towards his total worth. If you remember Drake’s house from Uncharted 4, he’s unlikely to ever sell anything of what he comes across – he’s a collector at heart.

Instead, his wealth has been calculated based on the houses he owns and the sheer amount of travelling he does. In Uncharted 4, we see him settle down with his wife Elena in New Orleans. Later, the Drakes live on a beach in Mexico by the end of the game. Combine those properties with the marine salvage business he ends up starting, and Nathan Drake is valued at around £262K.

Given that The Sims is all about managing people’s lives, it’s a little easier to grasp just how wealthy Bella Goth is. Married to one of the richest men in The Sims, Mortimer Goth, this character clearly doesn’t have any trouble staying afloat.

She lives in a huge mansion, known as Willow Creek, that’s estimated to be worth £353k (if only mansions were that cheap in real life). Her iconic necklace has been valued at around £80,000, a ludicrous amount of money for one piece of jewellery. On top of that, Bella also brings in a decent salary of £42,417 with her role as an Intelligence Researcher for the Secret Agent service.

All in all, that brings her total wealth up to a value of £479k. We’re now edging nearer to the top of the list.

I’m lumping these three guys together given that they both earned their cash in the exact same way. Cold criminal activity. All three of these fellas are the protagonists of Grand Theft Auto V, in which the end goal is to commit the biggest heist that Los Santos has ever seen.

Trevor Phillips comes in at number 4, mostly due to his living situation. Despite being one of the richest protagonists, he’s not one for the frugal things in life. He opts to live in a homely trailer rather than splash his cash on a fancy apartment in the city. What he lacks in living expenses he makes up for in possession of weapons and vehicles. Trevor has a penchant for planes, helicopters, and anything that can help him execute his criminal activities. His possessions are valued at almost £1 million alone, with a total worth of £30.7m.

Franklin Clinton is valued a little higher thanks to the swanky pad that he springs for in the Vinewood Hills. He skips the planes for more humble cars, and owns far less fire power than the violence-prone Trevor. His side-gig as a hitman earns him a decent bonus income, bringing his total worth up to around £35.8m.

Michael De Santa is valued as the most wealthy of the trio, likely due to his shady past as a criminal before the events of Grand Theft Auto V. He lives in a £13m mansion in Beverly Hills, and that’s before he re-enters his life of crime with Franklin and Trevor. After committing the heist at the end of the game, Michael is rated as worth £42.5m, making him the second richest protagonist on this list.

Far outstripping the rest of the list by a cool £650m is Tomb Raider protagonist Lara Croft. Unlike many of the other richest protagonists we’ve discussed, Lara didn’t amass her fortune from a life of crime. Instead, she was born into an incredibly affluent family fortune from Lord and Lady Croft.

After both of her parents died at a young age, Lara is now the heir to the incredible Croft Manor estate. It’s a mighty mansion with its very own walk-in freezer, perfect for locking the butler in. Did I mention that she has a butler? That’s one sign of affluence, if I’ve ever seen one.

Just like Nathan Drake, she spares no expense when it comes to travelling the world for her archaeology work. In the 2013 reboot, she was able to fund an entire research expedition to the Bermuda Triangle in search of her father. With a fully crewed ship, it was bound to cost a pretty penny, taking her transportation and living situation costs through the roof.

While the newer games mostly sees Lara with a simple bow and arrow, earlier titles saw her equipped with a hefty arsenal of weapons. Her iconic dual pistols aren’t seen as much nowadays, but her previous collection of weapons would have increased her wealth considerably.

In total, Lara is estimated to be worth around £706m in real world money. Here’s hoping that’s enough to fund some more exciting expeditions. I’d love to see another game set after Shadow of the Tomb Raider!

Are you surprised by who tops the list of richest video game protagonists? If you know of another who can dethrone Ms. Croft as one of gaming’s richest protagonists, let us know across our social channels.