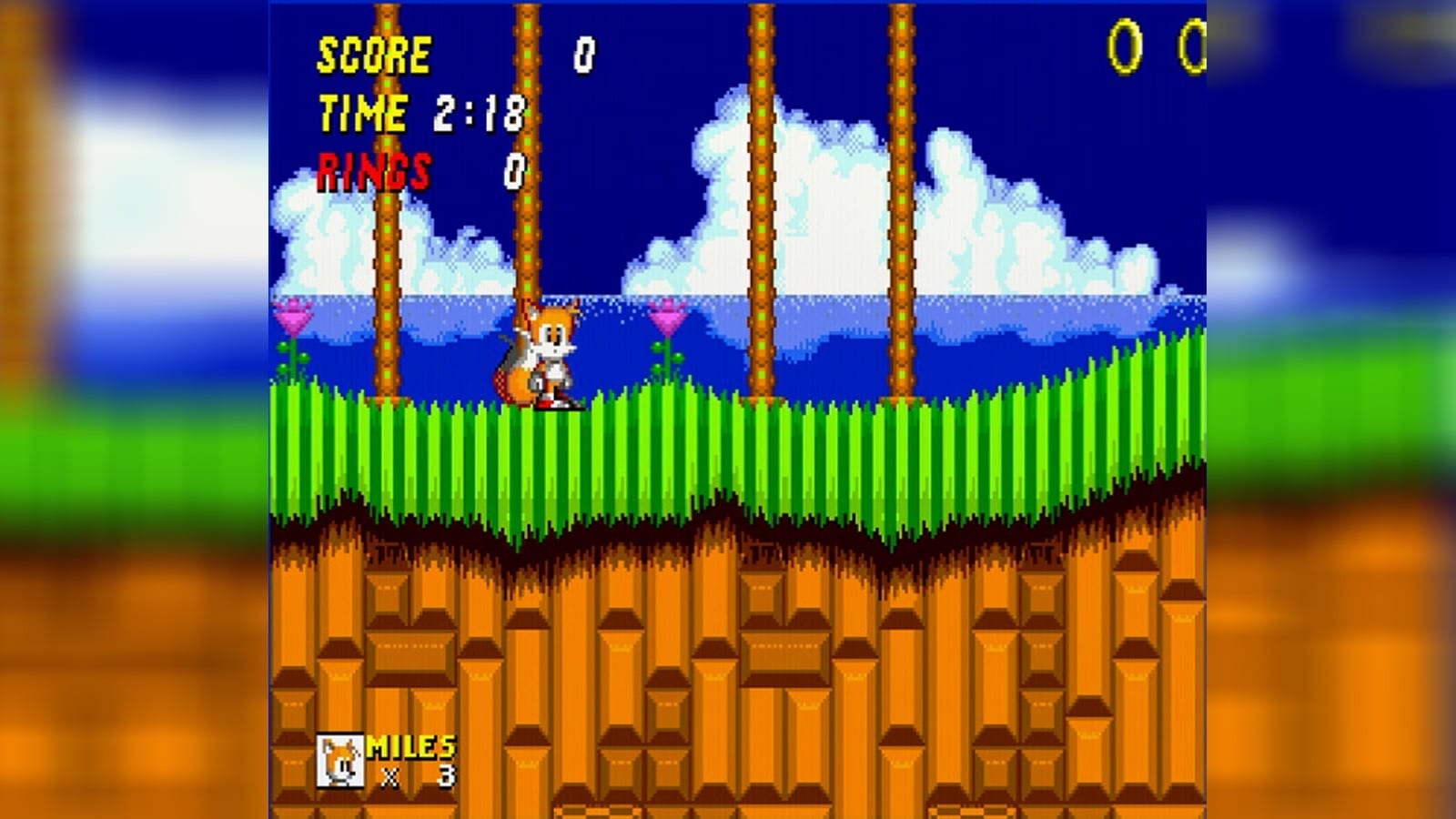 Nostalgia is a powerful motivator when it comes to gaming. It drives our player preferences and desires, shaping our decisions regarding what games to play next. More often than not, nostalgia will lead us down an antiquated rabbit hole searching for old hardware and software, treasured timepieces that have long since left our living rooms. However, playing retro games on your HD TV isn’t always simple.

Let’s just say you manage to get a hold of your favourite childhood console. Surely it’s just a case of hooking it up to the TV and plugging it in, right? Well, not quite. As simplistic as yesteryear’s technology seems in comparison to the likes of the PS5, the process of getting it up and running today is more complicated than you’d think.

Modern TVs are undeniably stunning, and the tech within them is more advanced than ever. However, modern displays couldn’t be less accommodating when it comes to retro gaming. If you’ve ever had a peek around the back of your fancy new smart TV, chances are you’ve noticed a severe lack of inputs in comparison to your old set. You might be thinking, “who uses anything other than HDMI these days?” Well, your Super Nintendo just called, and it doesn’t appreciate your attitude.

So, you’ve got your old Nintendo’s video cable to hand, and you can’t quite figure out where it goes. What’s next? Well, if your hand is clutching onto a red, white and yellow set of phono connectors, then you’re in luck! (Sort of). Most modern TVs have retained “composite video” support, which is what this cable is designed for. While this is likely the same cable you used back in the 90s, the image displayed on your new TV is going to be somewhat different from what you remember.

Composite video borrows its name from the idea of composite sketching. It’s a term used for when an artist draws up a quick approximation of a perpetrator as remembered by a witness. Simply put, a composite video signal is almost like a guestimate, a rough depiction of what your old console or device is outputting. While this video signal was close enough for old TVs with low resolutions, it looks criminally bad on new displays. Essentially, composite video is blurry and washed out, kind of like if you were to smear Vaseline over your screen.

Sure, maybe image quality isn’t that important to you. In that case, composite video cables will work adequately enough. Sadly, while modern TVs still support composite, they’ve long since ditched the likes of scart connections, which can be used to output RGB video from your old machines. In complete contrast to composite, RGB video uses red, blue and green signals to generate a vibrant, colourful image. Basically, using RGB SCART will produce the best picture possible, especially on modern displays.

As previously mentioned, new TVs are limited to composite when it comes to old connections. However, that’s not their only Achilles heel when it comes to retro gaming. New TVs are also notoriously bad at scaling old resolutions up to 1080p or 4K. Ultimately, this means two things; a stretched aspect ratio and blurry pixels. Luckily, there’s an easy (but perhaps expensive) remedy for your TVs scaling symptoms, one that will also allow you to use RGB SCART.

Dedicated video scalers have a multitude of features that help alleviate the quirks of modern retro gaming. These nifty devices scale your console’s old video signal to full HD while using HDMI, which essentially makes them plug and play. It’s worth mentioning that while there are some cheaper video scalers on the market, they have various caveats. While they will allow you to convert your console’s composite or scart connection to HDMI, they will introduce input lag, which can be infuriating when playing older games. Not only that, but these cheap scalers are often not much better than the ones built into your TV.

Before we discuss external video scalers, we should probably talk about the one already inside your display. For one, they will introduce a degree of input lag, which can be mitigated by enabling “game mode” in your TV settings. Your TV will also default to a 16:9 aspect ratio, which contradicts your old console’s 4:3 output. This can also be remedied in the settings, with most TVs having the option to switch between aspect ratios. Unfortunately, there’s not much that can be done about your TV’s scaling abilities, which can often make moving backgrounds in games look blurry.

If you want to get the best image possible out of your TV with no strings attached, then you’ll have to get your wallet out. Reliable video scalers aren’t cheap, and some are increasing in value as time goes on. The XRGB mini “Framemeister” is an example of such a device; a complete package that supports various video signals and connections, with a cost that’s upwards of £300. Sure, the Framemeister’s price has become inflated due to it being discontinued, but it’s also one of the best scalers on the market and is packed with features.

Essentially, the Framemeister scales every frame that passes through it to HD. While this is technically what the other scalers are doing, the Framemeister does it with minimal lag and with a tremendous amount of clarity. That’s because cheap scalers (and the one in your TV) make the mistake of misinterpreting most old signals as interlaced, rather than progressive. This means that rather than having a frame displayed on screen at a time, the image is woven together with a series of lines.

Thankfully, cheaper alternatives have emerged over the years from the Framemeister’s discontinuation. These are mostly in the form of line doublers, like the Open Source Scan Converter, or OSSC for short, which comes in at around £140. The OSSC achieves scaling by literally doubling or tripling the number of horizontal lines on screen, which allows for frames with an increased resolution.  The result? A ridiculously sharp image that makes your old console’s pixels pop.

Both the Framemeister and the OSSC can also add scanlines to your TV, which emulates the look of old CRTs. If you’re in this for the nostalgia, then this is something you’ll want to consider. However, unlike the Framemeister, the OSSC only supports RGB video signals, through either SCART or component. This is an issue for consoles like the Nintendo 64, which can only output composite or S-video. When paired with an additional RGB transcoder, the OSSC can accept composite signals, but it’ll come at an additional cost (and your wallet is probably already screaming).

In addition to the Framemeister and OSSC, various other scaling options are popping up on the market. It’s important to note that each of these scalers and line doublers has its limitations or caveats, so it’s essential to plan ahead according to your needs. Only using an N64? Then you can opt for something like the RetroTINK 2X MINI, which supports s-video and composite exclusively. Again, when it comes to retro gaming perfection, things can get phenomenally pricey, so it’s worth taking a moment to consider your options.

Most video scalers are plug and play, but also come with various settings that can further enhance the experience. The OSSC, in particular, has a vast array of settings, some of which require technical knowledge of video signals. Thankfully, the OSSC comes with a remote, which has specific functions mapped to it for ease of use. The device also has push buttons on the front, which can help users easily switch between inputs and resolutions.

Whether you’re an enthusiast or just chasing nostalgic memories, there’s lots of joy to be found in authentic retro gaming. Being able to hook up a 30-year-old console to your new TV is immensely satisfying and gives the hardware a new lease of life. By continuing to use our old consoles, we are effectively preserving their legacy, something that keeps them from the dusty confines of attics and basements across the globe. Sure, it all comes at the cost of fancy video scalers and careful setups, but honestly? It’s totally worth it.