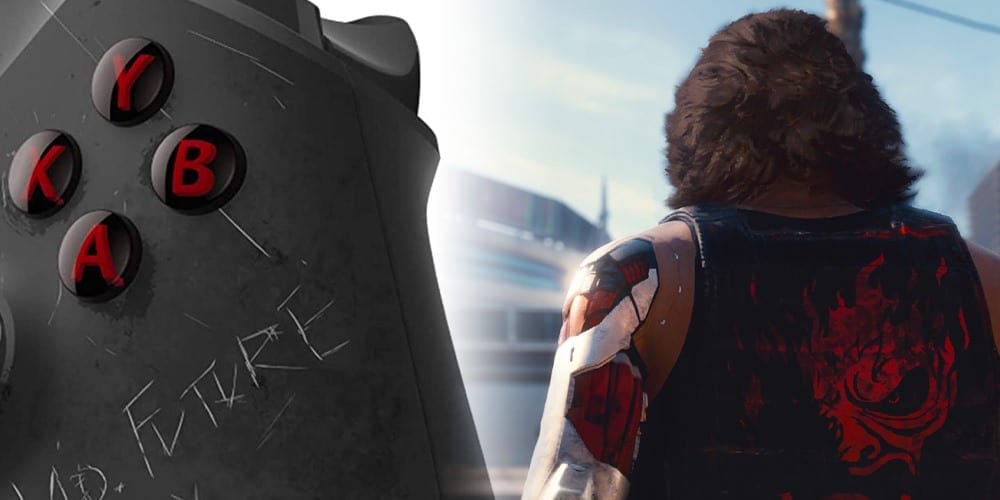 A limited edition Cyberpunk 2077 Xbox One controller has seemingly been leaked by Amazon Canada [via ComicBook], and it’s quite possibly one of the most beautiful things I’ve ever seen in my life.

Although the existence of the fancy-pants controller has yet to be confirmed (or denied) by either Microsoft or CD Projekt Red, it seems like a pretty legit leak, complete with multiple images and a product description.

The controller is described as follows: “Live the mercenary life with the Xbox Wireless Controller – Cyberpunk 2077 Limited Edition, featuring a rugged design based on Johnny Silver hand and tech-enhanced insignia,

“This Xbox Wireless Controller immerses you in a future where technology is the key to survival. Button mapping allows you to customize your controller just the way you like it. Plug in any compatible headset with the 3.5mm stereo headset jack, And with Bluetooth technology, play your favorite games on Windows 10 PCs, tablets, laptops, and mobile devices.”

The controller currently has a release date of May 4th, so expect an official reveal sooner rather than later. Check out the listing for yourself right here.

In related news, CD Projekt Red’s SVP of business development, Michal Nowakowski, has promised gamers that development is going mostly as planned. A Day One patch is to be implemented on release to fix some issues caused by the lockdown, specifically, with voice acting.

Cyberpunk 2077 is still on track for its September 2020 release.